Local Commissioners To Take Concerns of Region to Capital

By: Rick Hiduk
In: CCAP
With: 0 Comments

Bradford County Commissioners (above, from left) Doug McLinko, Daryl Miller, and Ed Bustin will be among those from the region who will participate in the Spring CCAP Conference in Harrisburg from March 26 to 28. McLinko will chair an Update on The State of Energy in Pennsylvania, an event to be hosted by Sen. Scott Wagner of York County on Monday evening.

Four times per year, the County Commissioners Association of Pennsylvania gathers to discuss issues the members have in common as representatives of their respective counties and to bring to light situations and needs endemic to their individual counties in hopes of finding or establishing common ground.

“These conferences are educational, and informative events bring us closer as a governing body,” Susquehanna County Commissioner Betsy Arnold offered. “The purpose is to share information that is happening at both the state and county levels and to equip us to be better servants to the residents of our counties.”

From Sunday to Tuesday, March 26 to 28, commissioners from Bradford, Sullivan, Susquehanna and Wyoming counties will stay at the Hilton Harrisburg (top), where they will participate in a number of committee meetings, speaker presentations, and breakout sessions. 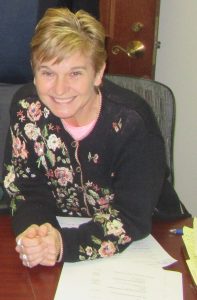 “We have 30 women attending our first nonpartisan breakfast,” Iannone related, adding that the key speaker will be PA Supreme Court Justice Sallie Mundy. 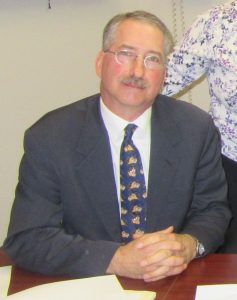 “We place a higher value on what we can accomplish as a team than separately,” Hoffman added. “The areas that we tend to gravitate towards are military and veterans concerns, taxation, and emergency management issues.”

Additionally, Iannone is part of the Natural Gas Task Force and the Energy, Environment and Land Use Committee. “We here in Sullivan County are very focused on making sure that our constituents are being treated fairly by the natural gas industry and that (the gas companies) halt the practice of post-production costs.”

The fight against post-production costs has also been a high priority for McLinko and his Bradford County colleagues for a number of years. McLinko credits York County Sen. Scott Wagner, who is running for governor of Pennsylvania, for reaching out to him in an attempt to organize the counties in the Marcellus shale region.

“I want to see the Senate introduce a bill to help address the post production cost issue,” fellow Bradford County Commissioner Daryl Miller stated. “We need a focused effort to deal with an issue that costs this county and the state millions of dollars in lost revenue.” Miller is a member of the CCAP board of directors.

McLinko related that they will be taking with them Tony Ventello, Central Bradford Progress Authority Executive Director, to explain the concept of “value added” to natural gas before it leaves the state in an effort to help those outside the Marcellus shale region better understand how they too benefit from protecting what has become the state’s greatest natural resource.

The problem goes way beyond misguided perceptions of impact fees and post production costs, McLinko maintains. Urban politicians fall into two camps as far as he is concerned – “those who don’t care about rural PA, and those who take us for granted.” McLinko hopes that the energy meeting sponsored by Wagner will provide him, Iannone, Commissioner Tom Henry of Wyoming County, Commissioner Alan Hall of Susquehanna County, and commissioners from Clinton, Lycoming, Potter, Tioga and Wayne counties a platform to organize rural Pennsylvania.

Other issues of concern shared by the Endless Mountains commissioners are economic development, the opioid crisis, and the need for more mental health services. Hoffman stated that increasing access for residents to drug and alcohol and mental health counseling, which Sullivan County currently shares with Bradford County, is a priority.

Other participating commissioners who shared their goals for the CCAP conference included Wyoming County commissioners Ron Williams and Judy Mead. Williams is a member of the Courts and Corrections Board, and Mead is also a member of the Natural Gas Task Force, as well as the Community and Economic Development Committee.

“We all attend the open session and then spread out to cover the various breakout sessions on many subjects,” Mead explained. “The conference also helps us keep in contact with CCAP staff, who are very helpful year round with finding information and connections.”

The next CCAP conference will be held this summer in Erie.

Look for updates from Harrisburg throughout the Spring CCAP on EndlessMtnLifestyles.com, as well as a follow-up story to recap the experiences of our local commissioners. 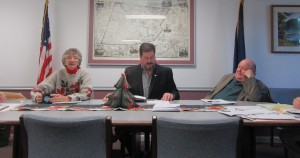 Wyoming County Commissioners participating in the Spring CCAP conference include (above, from left) Judy Mead, Tom Henry, and Ron Williams. 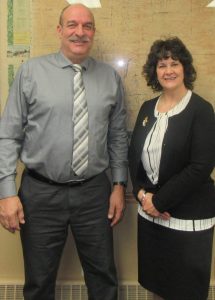