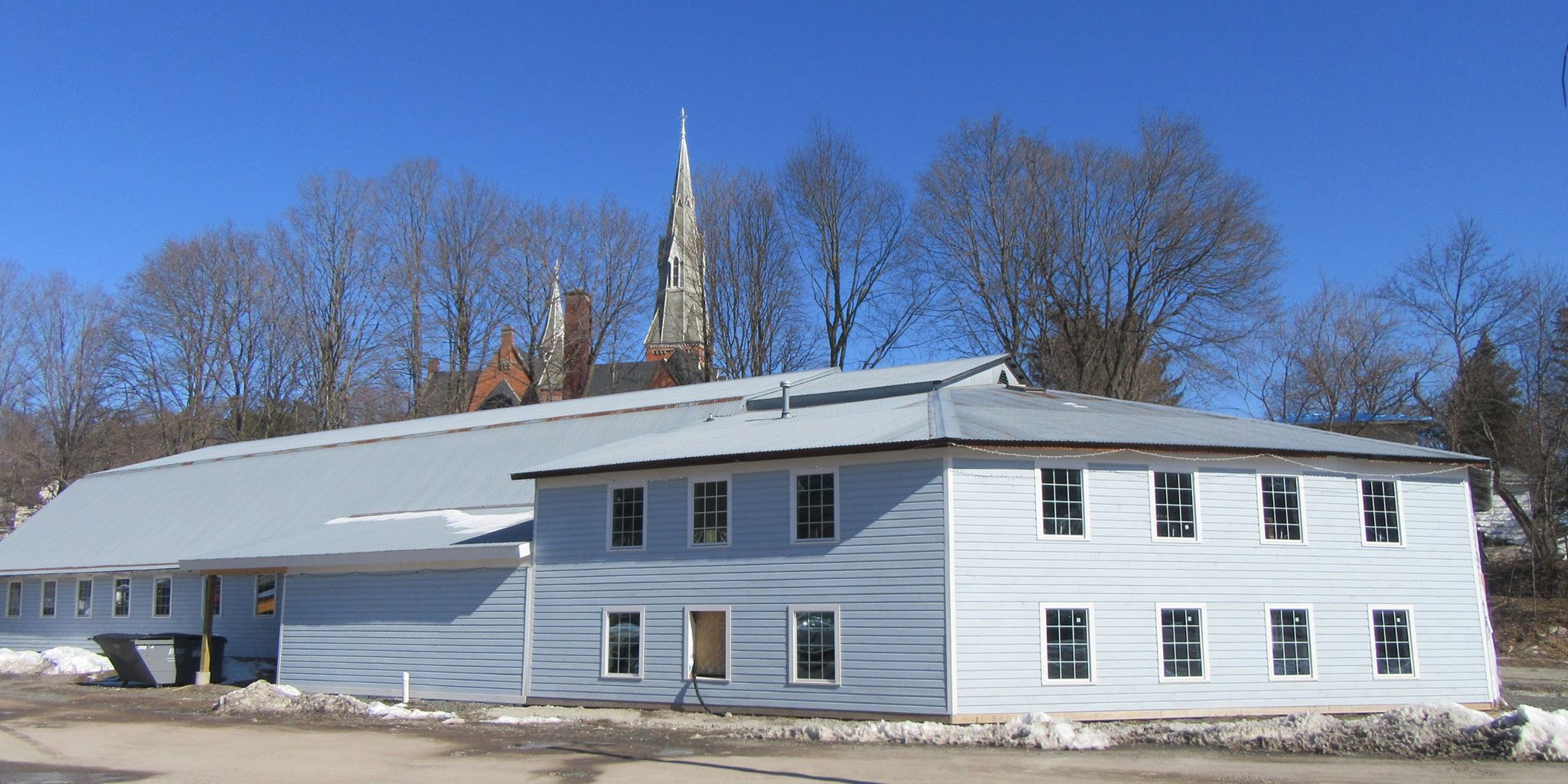 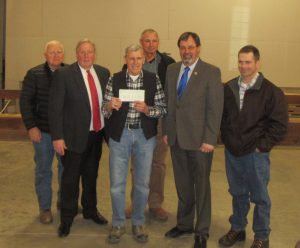 The Bradford County Commissioners held their regular public meeting at the Troy Sale Barn (top) on Thursday, where Troy Sale Barn Committee chairman Bill Bower (above, center), flanked by commissioners Doug McLinko and Daryl Miller, accepted a check to assist with further renovations. With him are several additional board members, including (from left) Robert Storch, Jim Van Blarcom, and Scott Snow.

The Troy Sale Barn was once a hot bed of activity on Wednesdays for western Bradford County and both Tioga County, PA and Tioga County, NY.

“Every Wednesday was like Mardi Gras,” said long-time resident Bill Bower, relating his mother’s memories of Market Day in Troy. “There were so many cattle trucks that you could hardly get through town.” Consequently, he added, farmers’ wives and their children would spread out across the borough to do their weekly shopping, to catch a movie, and to enjoy a meal in one of many eateries in Troy at the time.

Bower is the chairman of the Troy Sale Barn Committee, which has taken over the renovation and future plans for the magnificent building near the center of town once destined for the wrecking ball. It is his hope – and that of other board members and local citizens – that ongoing renovations of the iconic structure will once again make it a mecca for visitors. Except this time, it will no longer be used by farmers.

Bower noted that Bradford County was “built on the backs of the farmer,” but statistics show that, while agriculture is still a viable business in area, consolidation has brought the number of working farms down to about 300. Nonetheless, he continued, agricultural heritage has the potential of drawing millions of people to the area if it presented and promoted professionally.

“Tourism is going to be for Bradford County what farming was in the past,” Bower stated in front of more than 50 people who attended the commissioners meeting. “This is going to be a tourist attraction.”

According to Bower, some 47 million potential American vacationers live within a one-day drive of Troy. Commissioner Doug McLinko suggested that Bower’s figure is on the conservative side When the renovation of the Sale Barn is complete, Bower envisions bus tours that will bring visitors into Troy to see the Sale Barn and Troy Historical Society Museum, hike to the summit of nearby Mt. Pisgah, then visit Towanda and other towns across Bradford County.

In addition to the grand hall, which is nearing completion, workers – mostly volunteers – have yet to grade and surface the parking lot and to renovate the arena in which livestock was once auctioned into a performance theater that can showcase local musicians and provide a unique venue for weddings. Approximately 300 antique theater-style seats that were once used in a local auditorium will replace the benches on which bidders once sat.

The Commissioners presented Bower with a $60,000 check. Much of which will be used for the renovation of the arena, a tour of which was given to the media and other interested parties shortly after the conclusion of the meeting (below). In the basement of the arena, Bower showed where steel beams will replace a number of old wooden beams and some put in place temporarily. Temporary displays could also be set up under the seating area, he noted. 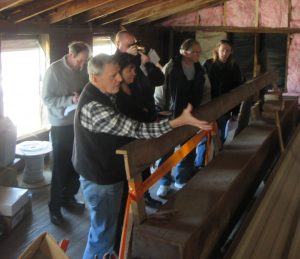 “There are not a lot of ways to support agriculture,” Commissioner Doug McLinko stated, in reference to following the state’s guidelines for Impact Fee distribution. “This is a great way to preserve that heritage. The addition that this will make to our county is profound.” 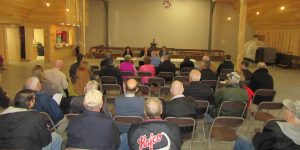 The amount given toward the Sale Barn renovation today raises the total to date to about $120,000. The overall project, Bowers estimates, will cost more than $500,000. The endeavor took a giant step forward in 2016 when the Committee was formed to take over the task from the Troy Historical Society, whose members Bowers credits with saving the barn from destruction.

A core group of volunteers, including Steve Robbins, Harry Davis, and Dale Keltz, have done a considerable amount of work over the winter. Bower also cited local contractor Greg Jones for getting the Committee through a tight spot in October 2016, when the building was not yet ready for a wedding that had been booked based on an earlier time line.

“He had a number of friends who owed him favors,” Bower recalled with a grin. “They came in here and built this wall (between the grand hall and the arena), and we got our occupancy permit the day before the wedding.” 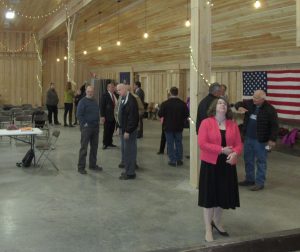 Ron and Cindy Chapel and Lydia Keeney were approved as concessionaires for Sunfish Pond and Larnard-Hornbrook county parks, respectively.

A lease between the county and Matt Davis for 22 tillable acres of farmland in West Burlington Township at a rate of $1,188 for the year was approved.

Carl Bankert was appointed to the Airport Authority to replace Doug Nichols, who resigned. Bankert’s term will end in December 2021.