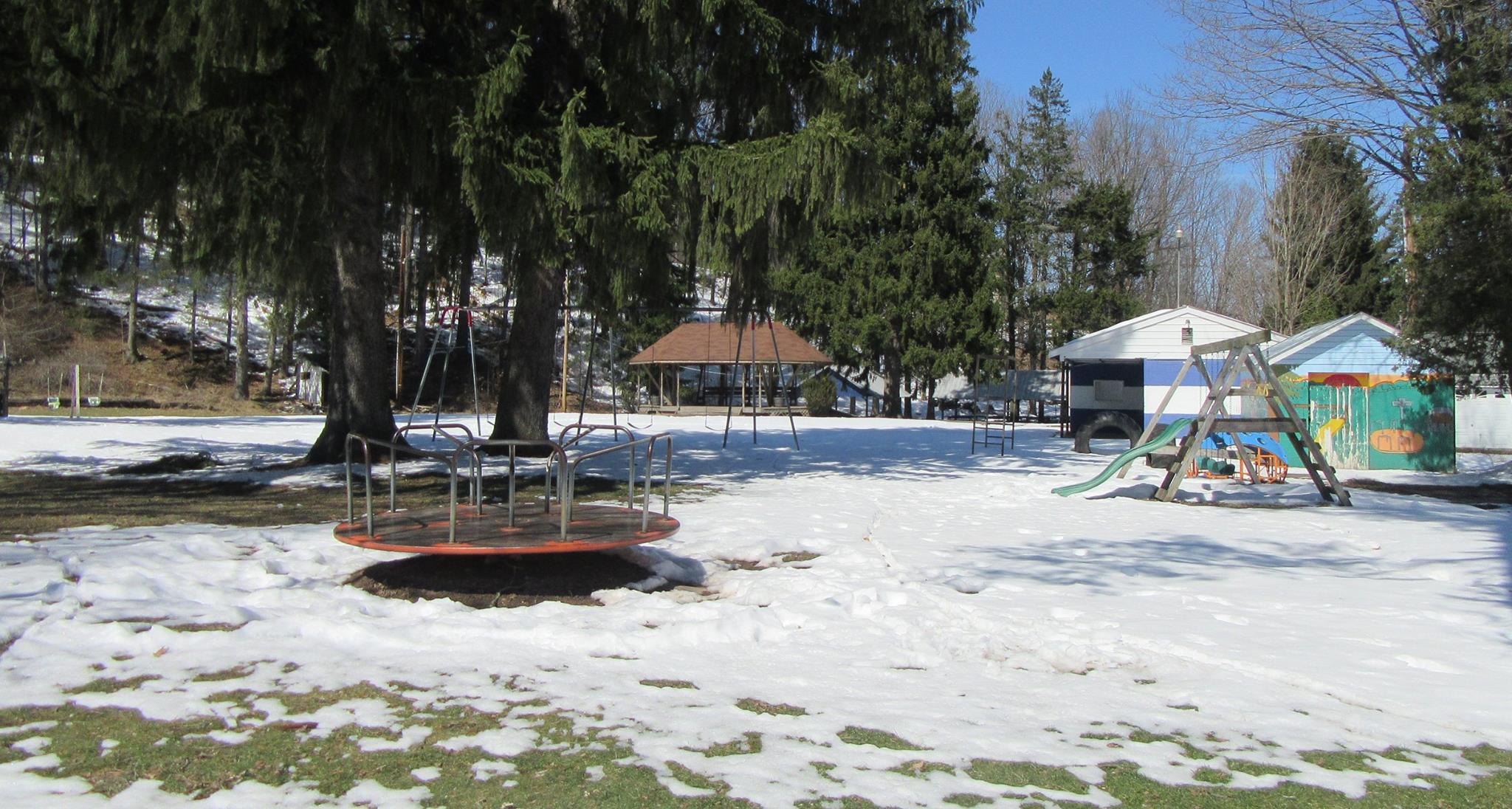 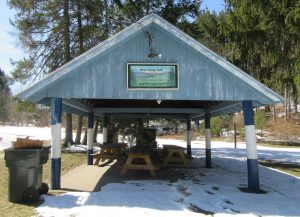 Photos by Rick Hiduk
There was still plenty of snow left in New Albany Park in southeastern Bradford County today where temperatures struggled to get above freezing. Grassy areas should continue to expand over the next week as rainy days usher in more seasonable weather.

After a brief Arctic plunge, temperatures rebounded across the Endless Mountains on Thursday, though failing to reach the 40s as they should in late March.

A series of showers will begin moving through the area on Friday morning, when some icing of roads and frozen surfaces could be a problem. After that, temperatures will trend upward with rain on and off through Tuesday