By: Rick Hiduk
In: Holistic Health
With: 2 Comments 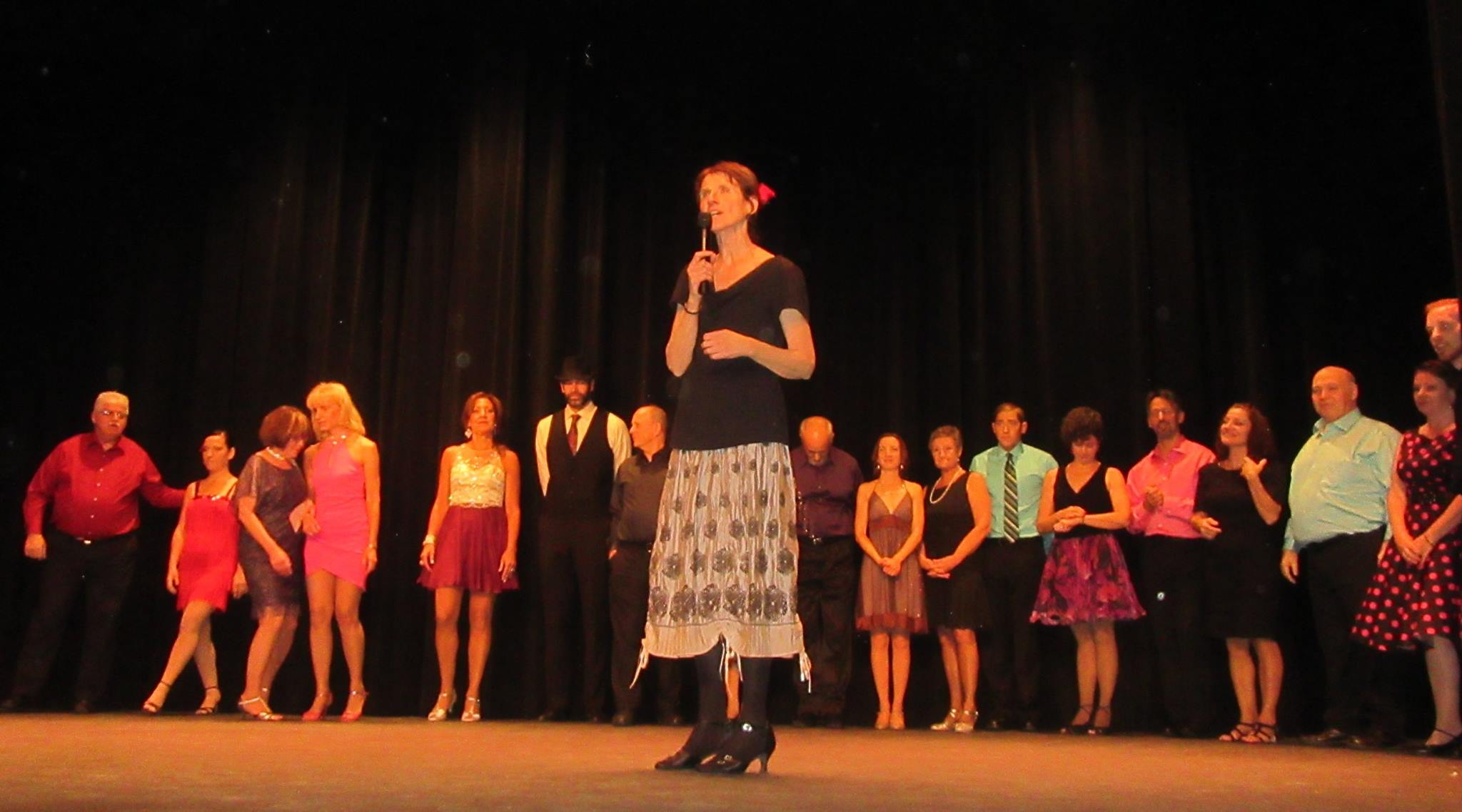 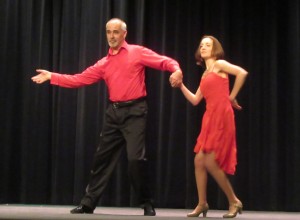 Dr. Virginia Fennelly (top, center) thanks the dancers, emcees, and other involved in the first Dancing with the Stars of NEPA fundraiser for Holistic Health for Everyone, which featured professional dance instructors like Vince Brust (above, left) paired with non-professional dancers like Jennie Petrone, a licensed athletic trainer and practitioner of Oriental Medicine. (More photos at end of story.)

Nearly 200 supporters of Holistic Health for Everyone (HHFE) met in the Brooks Theater at Keystone College in La Plume on Sunday to enjoy a night of dancing and a sumptuous buffet of vegan and gluten-free foods.

Dancing with the Stars of NEPA was the brainchild of Dr. Virginia Fennelly, owner and operator of the Holistic Health Center in Tunkhannock. Fennelly told the audience that she was a simply a fan of the TV show “Dancing With the Stars” and thought such an event might be fun. She was impressed, she related, by the exuberance with which participants in the Nov. 20 program embraced the concept. Dancing, she said, is a celebration of mind, body, and soul, and therefor the perfect medium to forward her message to the community.

Holistic therapies such as massage, acupuncture, applied kinesiology, brain body balancing, essential oils, and Tai Chi have been employed for thousands of years in other cultures. The health care system in the United States, however, is dominated by allopathic or “traditional” medicine and, many attest, the major pharmaceutical companies.

Few health insurance providers will suggest, let alone help to cover the costs of “nontraditional” practices, including chiropractic care. The goal of HHFE is to raise awareness of holistic health care as a viable option and to provide services to those whose health insurance plans deem natural healing methods “ineligible.”

Nine professional dance instructors answered the call to take on an equal number of amateurs to prepare for the show, buckling down for two months of practice to perform two dances per couple for Sunday’s audience. One couple unfortunately had to withdraw due to a family crisis, leaving 16 dancers to thrill the audience with waltzes, sambas, tangos, chachas, mambos, and the East Coast swing.

Many of those involved with the fundraiser have been patients of Dr. Fennelly or are in related holistic health fields and are strong supporters of the concept of HHFE. Bios of the dancers in the printed program told of lives changed and medical issues resolved by those who have embraced holistic practices and healthier lifestyles.

Sarah, for example, met Dr. Fennelly when she was 10 and suffering from scoliosis due to one leg being an inch shorter than the other. She admits to being reluctant to take on the challenge of dancing on stage despite her desire to help. “I have always lived with chronic pain and have struggled with running, jumping and balancing,” Sarah related. “I never imagined that I could learn to dance.” Though she was noticeably nervous during her first dance on Sunday, the smile on her face the second time around showed that she had conquered her fears.” She and Chris, in fact, took first place in the audience poll.

Nancy dedicated her performance to her mother, Donna Illuzzi, who was diagnosed with lung cancer last year. They turned to holistic help to supplement Donna’s medical treatments. She has fully recovered and was in attendance with her husband, Frank, on Sunday.

Spirits were high, and so were the scores given by the judges. They were not officially tallied and no winner was announced based on their scores. Audience members voted via donations to HHFE and were encouraged to vote for as many dancers as they wished. Following Sarah and Chris in the popular vote were Nancy and Jesse in second place, and Don and Jill in third place.

Most of the guests stayed after the show concluded and took the dance floor themselves as Jack Martin played dance music for them.

Dr. Fennelly vows to maintain Dancing with the Stars of NEPA as an annual event and is looking for more volunteers for both fundraising events and the organization of HHFE. Interested readers may contact her at 570-240-1981. 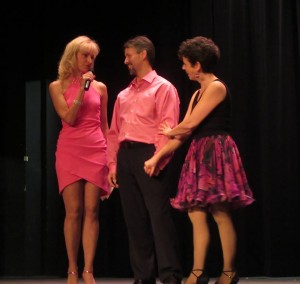 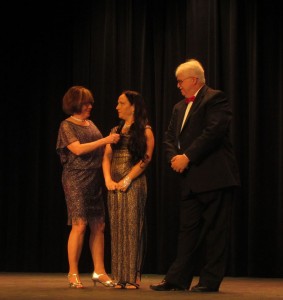 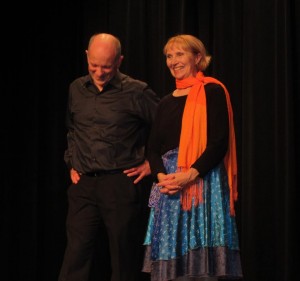 Nick Barosi and Rev. Lou Divis respond to comments from the judges. 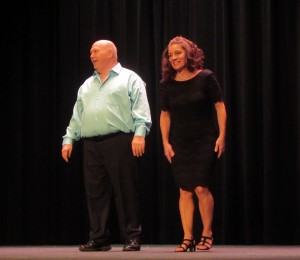 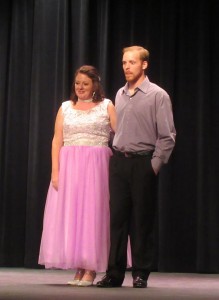 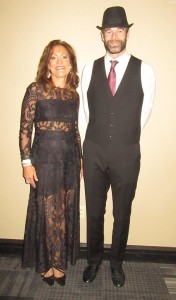 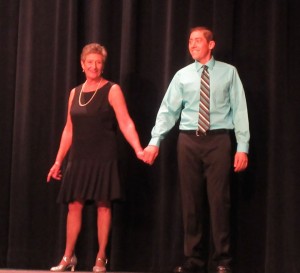 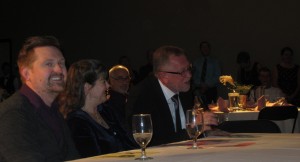 Dancing with the Stars of NEPA judges (from left) Ronnie Harvey, Suzanne Gilpin, and Mike Wisnosky 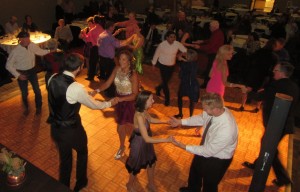 Dancing continued well after the show as audience members joined in the fun.