Undebatable: We Need to Buckle Down and Build Stronger Communities 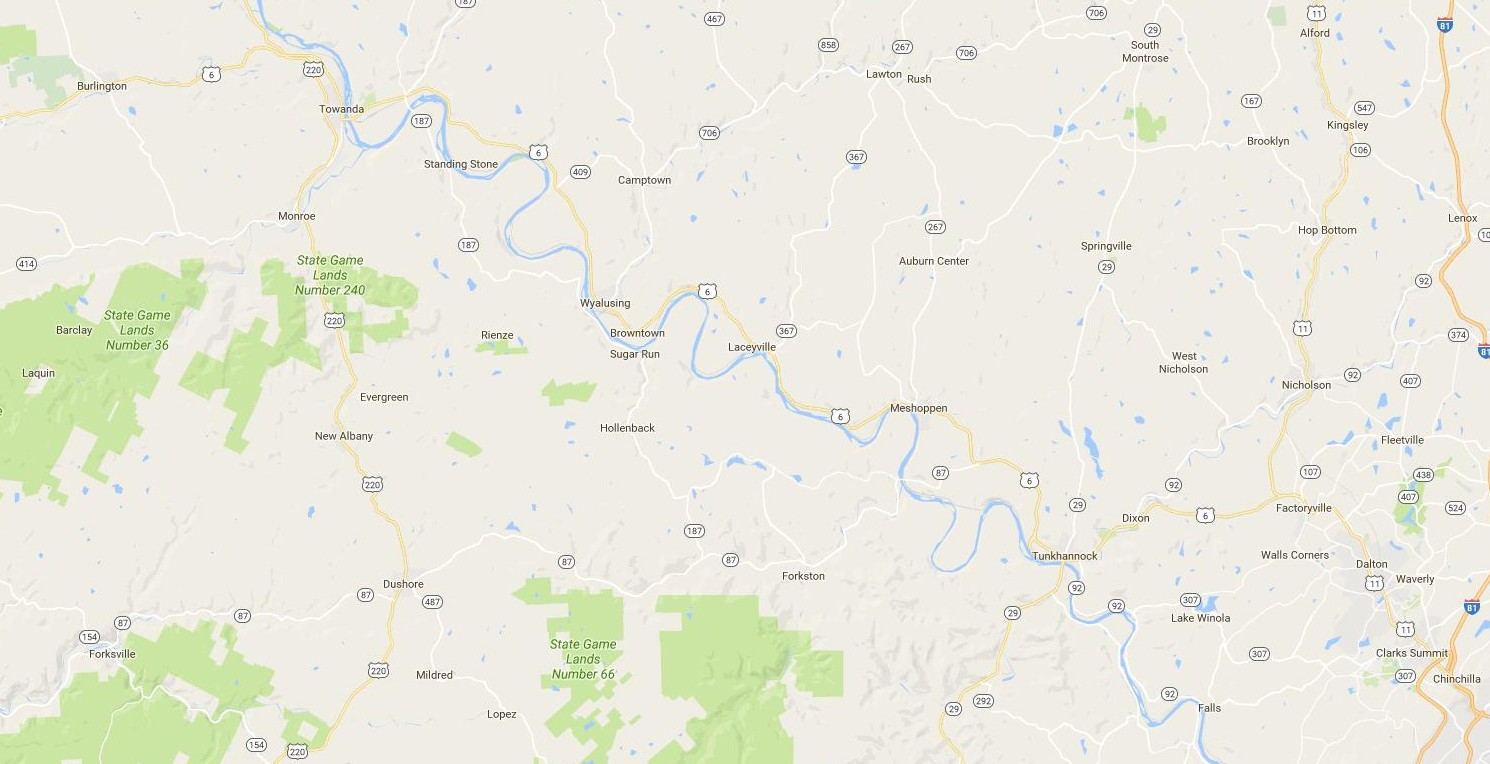 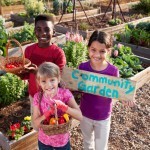 The third and final presidential debate has left me more convinced than at any other time this year that America as a nation has a rough stretch ahead. I have little hope that either major presidential candidate will be able to effectively lead a country that has become so polarized upon party lines. I don’t believe that either candidate will be able to prevent a stagnation of the national economy for the long term.

There is no need for me to tell you how I intend to vote nor suggest how you cast your ballot. Neighbors and family members have been pitted against each other for months over this – the nastiest of all elections – and I’m sure that most of us will just be glad that it’s over on Nov. 8. To be forced to choose between Crooked and Crazy is a great insult to all Americans.

My greater fear is that congress will not only become divided but remain at odds with whomever is elected president. If the Republican party were to collapse, my greatest hope is that it can be rebuilt into something that I might be drawn to in the future. Meanwhile, the Democrats have a credibility gap that seems insurmountable and I feel less comfortable with every passing day holding that title on my voter registration card.

That said, I have never been happier to live exactly where I do.

I am not of a global mindset. Quite frankly, I’m not necessarily of a national mindset, even though I’m very grateful to be a citizen of the United States. I’ve often said proudly, “I’m a Pennsylvanian before I am an American.” I’ve lived here and there in the eastern part of the Commonwealth for almost my entire life and dearly love The Keystone State.

Since moving from Lancaster County back to the Endless Mountains in 2011, however, my focus has become much more regional and community-oriented. I was immediately reminded of how oddly isolated this area is, despite being so close to Wilkes-Barre, Scranton, Williamsport in Pennsylvania and Binghamton, Vestal, and Elmira in New York. This was apparent every time we tried explaining to our friends in Lancaster County where we had gone. Saying that we live northwest of the Wilkes-Barre/Scranton area left them believing that we’d moved to some mountainous void.

When Route 6 was abandoned as “America’s Highway” after the construction of an interstate system that sliced much of the nation into irrational blocks, Bradford, Sullivan, Susquehanna, and Wyoming counties were all but cut off from the rest of the country, the exception being the part of Interstate 81 that cuts through the eastern side of Susquehanna County. That great change struck an immediate blow to the area’s economy, since industry traditionally looks to transportation hubs and follows major highways and railroads, of which we now have neither. Somehow, we survived it.

But having become somewhat of a dark spot on the map may not be such a bad thing after all. With the right vision, which requires good leadership and civic participation, we might find that this cause and effect has left us in an enviable position. Our relative isolation, abundant natural resources, and ability to deal with change may in fact be what saves us.

If someday the lights were to go dark, the internet were to shut down, and we could suddenly not get money from the banks, who do you believe will last longer? Us or the flat-landers and city dwellers?

I don’t want to paint a picture of gloom and doom, as the odds of such a multiple-crises scenario happening anytime soon are slim. But it is also not beyond the realm of possibility. Preparing for it can certainly do us no harm.

The results of the presidential election will likely have much less of an effect on our day-to-day lives than either candidate would have us believe, except maybe to give a few people something new to bitch about and blame their misfortunes on for the next four years. But my uncertainty over the long-term future of our nation forces me to look inward. It gives certain cause for all of us to reassess our strengths and weaknesses as communities – from farming villages up to the county and state level.

I also believe in the strength of regionalism. We are fortunate that the branding of the Endless Mountains by a growing number of organizations and businesses has finally set us apart from the Poconos as Northeast Pennsylvania’s “other” mountain country. We are not NEPA, just a part of it. And we are certainly not part of the Wyoming Valley.

None-the-less, our adjacent metro markets want as big a piece of our pie as we are willing to give them. It unfortunately only takes a little bit of slick advertising to convince many of us that we have to go to Wilkes-Barre, Scranton or Elmira to enjoy quality entertainment, shop for unique items, or eat a decent meal. It’s simply not true. We need to work harder to remind people of the treasures in our own backyards. The sooner that more of us arrive at that conclusion, the stronger we will become.

As the populations of nearby cities stagnate or decline, infrastructure fails, and the tax base has worn too thin, they will come for a bigger piece of our pie. We don’t have to give it to them, but we need to be in a better position than we currently are to say “No.” That means starting today to rebuild and strengthen our communities.

We need to get involved at the grass roots level with as big a commitment as we can handle. While we must always care for our elderly, we must embrace our children as the future and foster their understanding of rural living and give them the skills they will need to cope with change. I’d like to see more recreational activities for children, as well as work projects like community cleanups and community gardens in which all family members can participate. There should also be programs for adults who did not have mentors when they were children to teach them how to grow and process food, hunt, fish, and camp, as well as how to efficiently run a household. People with such know-how could reach out to their neighbors and friends to share their skills.

Surrounding yourself and your family with like-minded people is the first step.

Join a group or ask someone new to join yours. Brainstorm on projects that would help your community and share them with others. You may not be able to start a project on your own, but you’d be surprised at how effective two or three organizations plus a municipality can be at getting things done when they work together.

Attend municipal meetings at every level of government that you can. Get to know your elected officials. Ask questions and take part in civil discourse. Run for office. Not winning on the first go-around doesn’t make you a loser. Getting your name out there shows that you are concerned enough to protect something or make it better. Your campaign could still lead to your involvement with community building, and that’s a win-win for everybody.

‘Not into sitting on a board of supervisors or council members because you’ve become leery of the democratic process? Volunteer as a poll monitor or helper. See for yourself the bipartisan process of ensuring at every instance that our balloting system is indeed secure. You can help secure a national election from your township’s little polling place and be part of the bigger and smaller picture at the same time.

While we need to build unity as a region and assert our autonomy on politicians and marketers in adjacent metro areas, we must also resist the efforts of big government to impose upon us the will of the greater population. That is especially true right now when applied to matters concerning natural gas. We’re sitting on a gold mine. Our elected officials need to initiate more ways to insure our rights – not just to fair royalty payments – but also to help us keep and use as much natural gas right here as we can.

We may not own the companies, but can push for the development of more natural gas infrastructure for consumer use, such as natural gas for homes, more affordable compressed natural gas vehicles, and a sufficient number of stations to service them. If we allow natural gas-fired electrical generation plants to be built here, there should legislation that allows for our rural cooperatives – or at least state-owned companies – first-purchase options on the energy created.

My goal here is not to get you to pull back from whatever national or international interests you might have. By all means, you should vote for president, even if you feel that you are voting for the lesser of two evils. I worry that, if you dis-engage yourself from the democratic process now because you are so disgusted by this year’s presidential race, you may never care to vote again. There will be important local elections again during the next cycle, so please take your right to vote this year more seriously than ever.

It’s ironic that the first President Bush gave us the tag line “a kinder, gentler nation” and that we now have two candidates considered by most Americans to be so unkind and vindictive. We can still, however, be kinder and gentler as country folk.

Our personal choices and those we make as members of our communities over the next four years will ultimately be more important than whatever transpires in the Oval Office during the same stretch of time. Anything that you can do now to learn how to get the most out of your own homestead and help strengthen your community will also make us more resilient and better able to handle whatever the future may throw at us – or try to take from us.