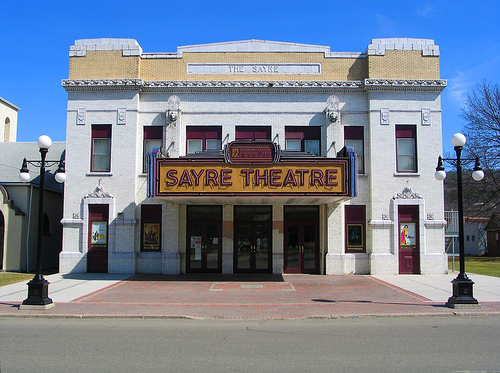 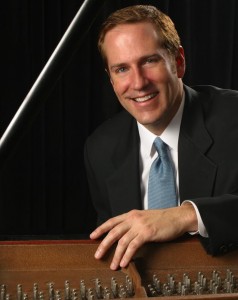 The Bradford County Regional Arts Council and the Piatigorsky Foundation are pleased to present Pianist Richard Dowling (above), in concert in the Guthrie Performing Arts Center at the Sayre Theatre at 7:30 pm on Monday, Oct. 17. Tickets are $5 and may be purchased at the door. The performance is made possible by the generous support of the First Energy Foundation.

Hailed by The New York Times as “an especially impressive fine pianist,” Dowling appears regularly across the United States in solo recitals, at chamber music and jazz/ragtime festivals, and as a guest soloist in concerto performances with orchestras.

He has been acclaimed by audiences for his elegant and exciting style of playing which earns him frequent return engagements. Career highlights include a sold-out New York orchestral debut at Lincoln Center’s Alice Tully Hall, a solo recital at Carnegie’s Weill Recital Hall in New York, and a special award from the National Federation of Music Clubs recognizing his outstanding performances of American music.

Dowling has received performance reviews that praise him as “a master of creating beautiful sounds with impeccable control of colors and textures” and as “a musician with something to say, the skill to say it and the magnetic power to make you want to listen” and for giving “a superb recital that left the audience craving for more at the end.”

He is also a versatile recording artist with over a dozen CDs of classical, chamber, ragtime, jazz, and popular music. His most recent recordings include Music of Old New York, a CD containing songs and piano rags inspired by the Big Apple at the beginning of the 20th century, and Gershwin for Two Pianos, a collection featuring Rhapsody in Blue and other beloved Gershwin works with fellow pianist Frederick Hodges.

This fall, Dowling will release a multi-CD set of the complete solo piano works (54 rags, waltzes, and marches) of Scott Joplin, the renowned American ragtime composer, in commemoration of the 100th anniversary of his death in 2017. Dowling will perform the complete works of Scott Joplin in two consecutive recitals in Weill Recital Hall at Carnegie Hall on April 1, 2017, exactly 100 years to the day Joplin died in New York. Dowling is the first pianist in history to perform the complete cycle of Joplin’s piano works in public.
A native Texan, Dowling began his piano studies in Houston at age five and his extraordinary musical talent quickly became evident. He made his orchestral debut in a concerto performance with the Fort Worth Symphony at age eighteen. He received his bachelor’s degree in music summa cum laude from the University of Houston. Subsequently, he earned a master’s degree at Yale University where he was honored with the Lockwood Award for performing the best solo recital and the Simonds Award for outstanding solo and ensemble playing. He also garnered a doctorate from the University of Texas, where he was awarded a graduate school full fellowship.

The Piatigorsky Foundation is dedicated to making live classical music an integral part of everyday life for communities throughout the United States. Gregor Piatigorsky, the renowned Russian cellist for whom the organization is named, believed that music is not a luxury for an elite few, but a necessity of life for all. Since 1990, The Piatigorsky Foundation has presented more than 3,775 performances, introducing the joy of live classical music in communities throughout the country. Our artists play for audiences including seniors, schoolchildren, the economically disadvantaged, and those living in geographically remote areas.

The BCRAC, established in 1976, is a nonprofit organization dedicated to building and supporting a thriving regional arts community by advocating for the Arts, cultivating quality arts programming and preserving Bradford County’s historic theaters as venues for performances, community events, and movies. For more information, visit BCRAC online at www.bcrac.org or www.facebook.com/BCRAC.