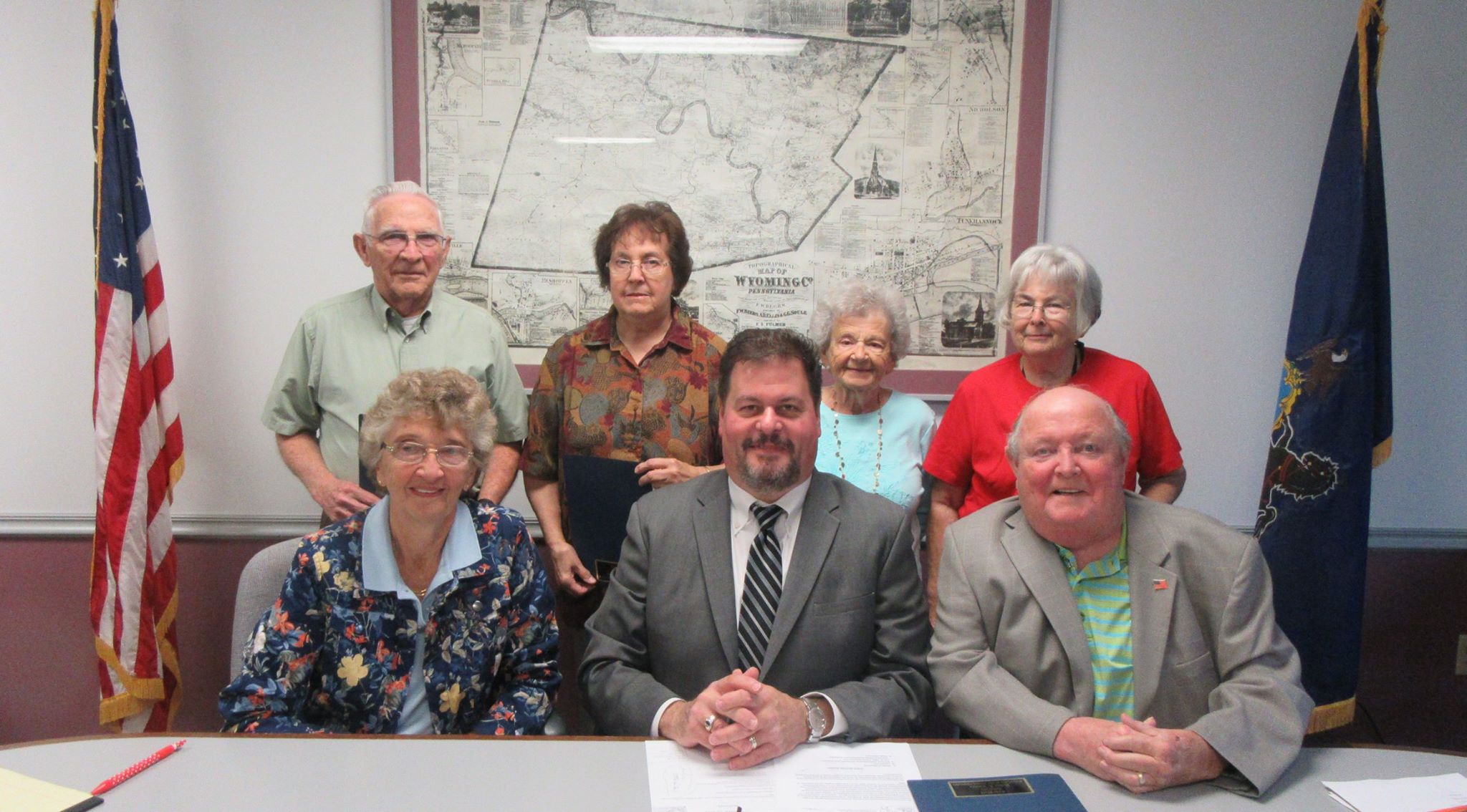 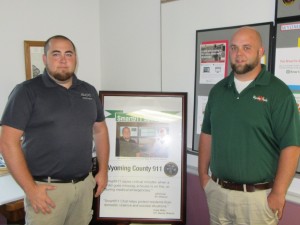 The Wyoming County Commissioners and 911 Center directors announced this morning that the county is now part of the SMART911 system, a free service for residents that can improve response time and save lives. The commissioners encourage all county residents to log on to www.smart911.com to create a private and secure safety profile that can be linked to each family member’s mobile devises. The system is especially important, Porter noted, because 70 percent of incoming emergency calls are now coming from cell phones.

By supplying pertinent information in advance, 911 Center Director Jeff Porter explained, first responders can be better equipped and mentally prepared when they arrive on a scene. SMART911 is a national database, and will reportedly work when one dials 9-1-1 from any location in the United States.

Questions asked to complete a safety profile include names and ages of all members of a household as well as pets and livestock. Users may include vital health information such as illnesses, impairments, and medications. Photos can be added to help first responders with identification.

“It’s all volunteer,” said Commissioner Judy Mead, noting that one does not have to answer every question to successfully register. “You can add or make changes every six months.” The system sends an email as a reminder when six months is up.

“Our communication center has grown and kept up with technology,” Commissioner Tom Henry stated.

“We’re the leaders on this and not the followers anymore,” Commissioner Ron Williams concurred.

Porter and Deputy 911 Center Director Frank Miller recently attended a national emergency association conference in State College at which Wyoming County’s implementation of the system was the focus of a presentation.

Four of nine new Wyoming County members of the Pennsylvania Voters Hall of Fame were on hand Tuesday to receive their citations. Eugene Adams, Ralph Anderson, Nancy Bennett, Nellie Benninger, Mary Dodge, Shirley Patton, Sheryl Phillips, William Stand, and Ann Marie Willis have each voted consecutively in the past 50 November elections. Florence Ball, director of voter registration and elections, was on hand for the celebration. 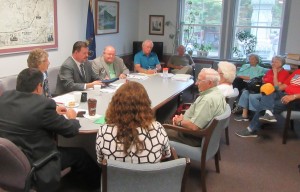 Commissioner Williams read aloud a proclamation declaring September as Hunger Action Month in Wyoming County. The commissioners reaffirmed their commitment to an estimated 3,300 county residents who struggle with hunger as well as their partnership with the Council of Economic Opportunity (CEO) and Weinberg Northeast Regional Food Bank.

“We have a lot of little food banks in this county,” Mead related, “because it’s hard for some people to get around.”

Locations cited included the Lake Winola Methodist Church, the CEO Office in Eaton Township, and sites in Meshoppen, Nicholson, Noxen, and Factoryville. Mead szuggested that anyone in need of food assistance or aware of another who needs it should call 570-836-4090 for more information.