By: Rick Hiduk
In: Tunkhannock Township
With: 0 Comments 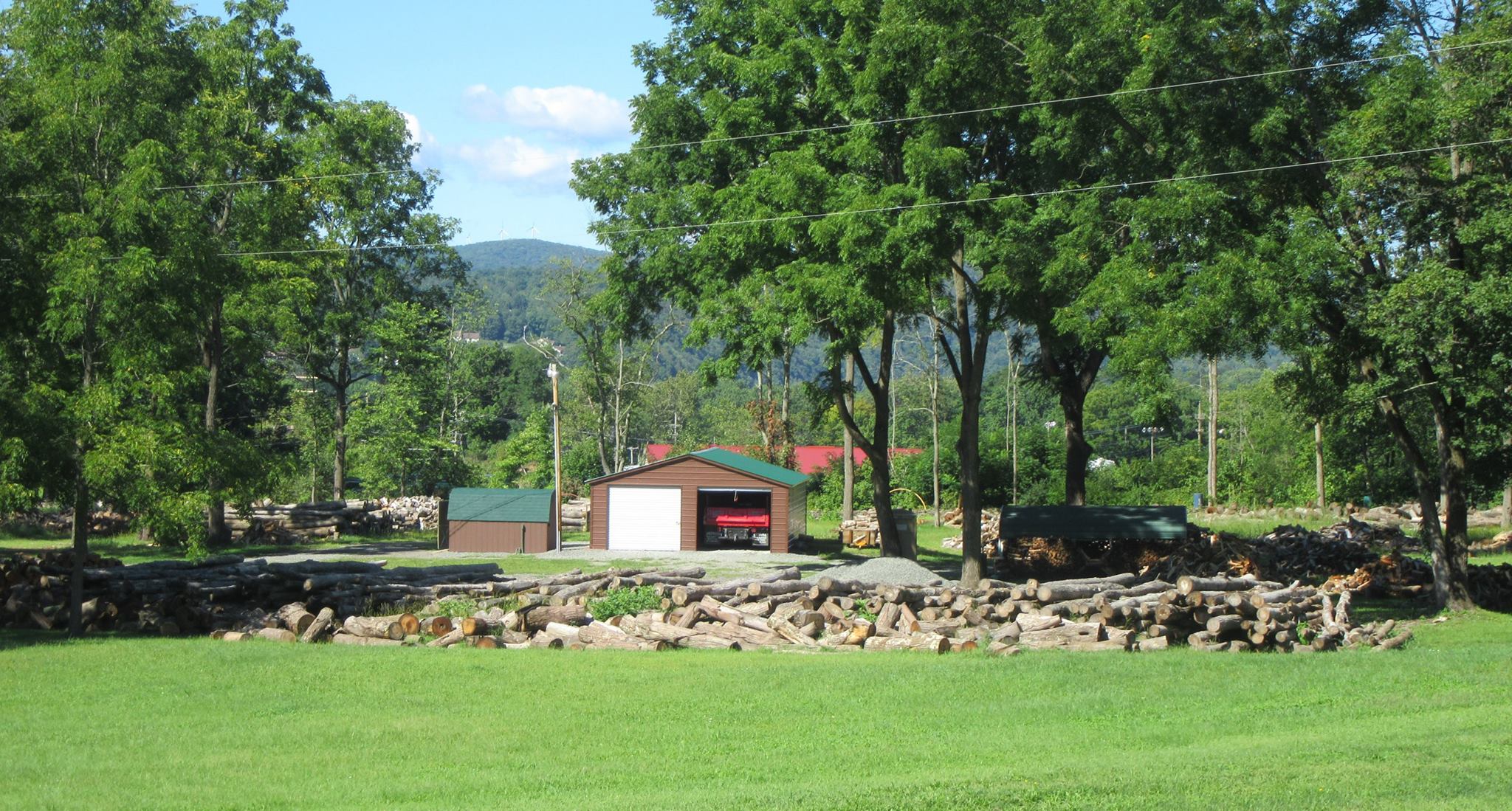 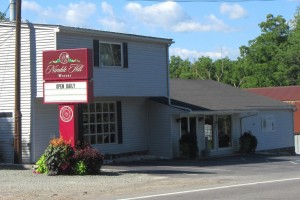 Wyoming County’s wood yard (top) might be moved to make room for an expansion of the Nimble Hill Winery & Brewery business (above) across Route 6. It was one of several land use issues were discussed at Tuesday morning’s meeting.

A tourist destination featuring local wine and beer may be brewing at the site of the county’s wood yard, just east of Tunkhannock near the Wyoming County EMA 911 Center.

During a regular meeting of the Wyoming County Commissioners on Aug. 23, solicitor Paul Litwin reported that the county was in negotiation with Nimble Hill Winery owner Gary Toszko concerning the piece of land currently used as a work release facility for county inmates.

The EMA building, wood yard and surrounding properties have been part of a lease agreement with the Burgess family of Tunkhannock Township. The county had a “first right of refusal” on the property, meaning that if the Burgesses decided to sell it at any time, the county could buy it.

According to Litwin and Commissioner Tom Henry, when the Burgesses informed the county that they wanted to sell 10 acres behind the 911 center and the wood yard, the county opted to buy the land first. Henry said that the Toszkos then approached the county to buy it back.

“They want to expand their business,” said Henry. The county has authorized the sale to the Toszkos of the property that currently houses the firewood facility.

“The wood yard is movable,” Henry continued, noting that the facility would probably be relocated on part of a 10-acre parcel behind the EMA building.

An appraisal of the property is expected to be ready for examination within a few days. Litwin noted that the county would hire a surveyor to set boundaries, as the use of the land has varied over time and now includes a portion of the Iroquois Trail for which there is a perpetual easement.

Commissioner Judy Mead explained that the county had taken on the right of first refusal with the hope that someone would come along with a good idea for development of the land or that it might one day be used for the consolidation of county offices. As a member of both the Endless Mountains Heritage Region and the Endless Mountains Visitors Bureau, the county is eager to develop agritourism in the area.

Discussions with PennDOT concerning the Roadside Rest park off Route 29 in Eaton Township continue, and commissioners have concluded that a new agreement needs do be drawn up concerning governance of the site.

On July 26, it was reported that Litwin had conferred with PennDOT officials and reconfirmed the deed easement with them. Mead explained at that time that the county’s relationship with PennDOT on all matters concerning the park was under a perpetual easement.

Wyoming County technically owns the eight acres of land on which PennDOT established the park in the 1950s, but no county funds or staff are involved with the park. At an Aug. 18 meeting between PennDOT officials, Henry, and county chief clerk Bill Gaylord, it came to light that the easement does not cover the entire eight acres. Several of PennDOT’s buildings in the park, in fact, are not part of the original agreement.

In theory, PennDOT makes and enforces park rules, but they cannot if the entire property is not included in the easement. The answer, Henry explained, is to draft a new document, for which there are several options, according to Litwin.

“We want them to take it all,” Henry said of the county’s desire to share no responsibility with PennDOT at the park.

In one final discussion of land use, Henry read a request from the Tunkhannock United Methodist Church for use of courthouse grounds for a “Journey to Bethlehem” program the church will conduct on Dec. 9 and 10.

The commissioners voiced no objection to the request, and Litwin concurred that Courthouse Square is essentially a public park. The most important thing to confirm, he suggested, is that Tunkhannock UMC provides proof of insurance. Litwin said it would also provide a good opportunity for him to look at the county’s policy regarding used of the property and the gazebo, which has been the site of several weddings.

Use of the property by the church was approved contingent on the solicitor’s findings.

To read more about the Wyoming County Commissioners meeting, check out www.endlessmtnlifestyles.com.