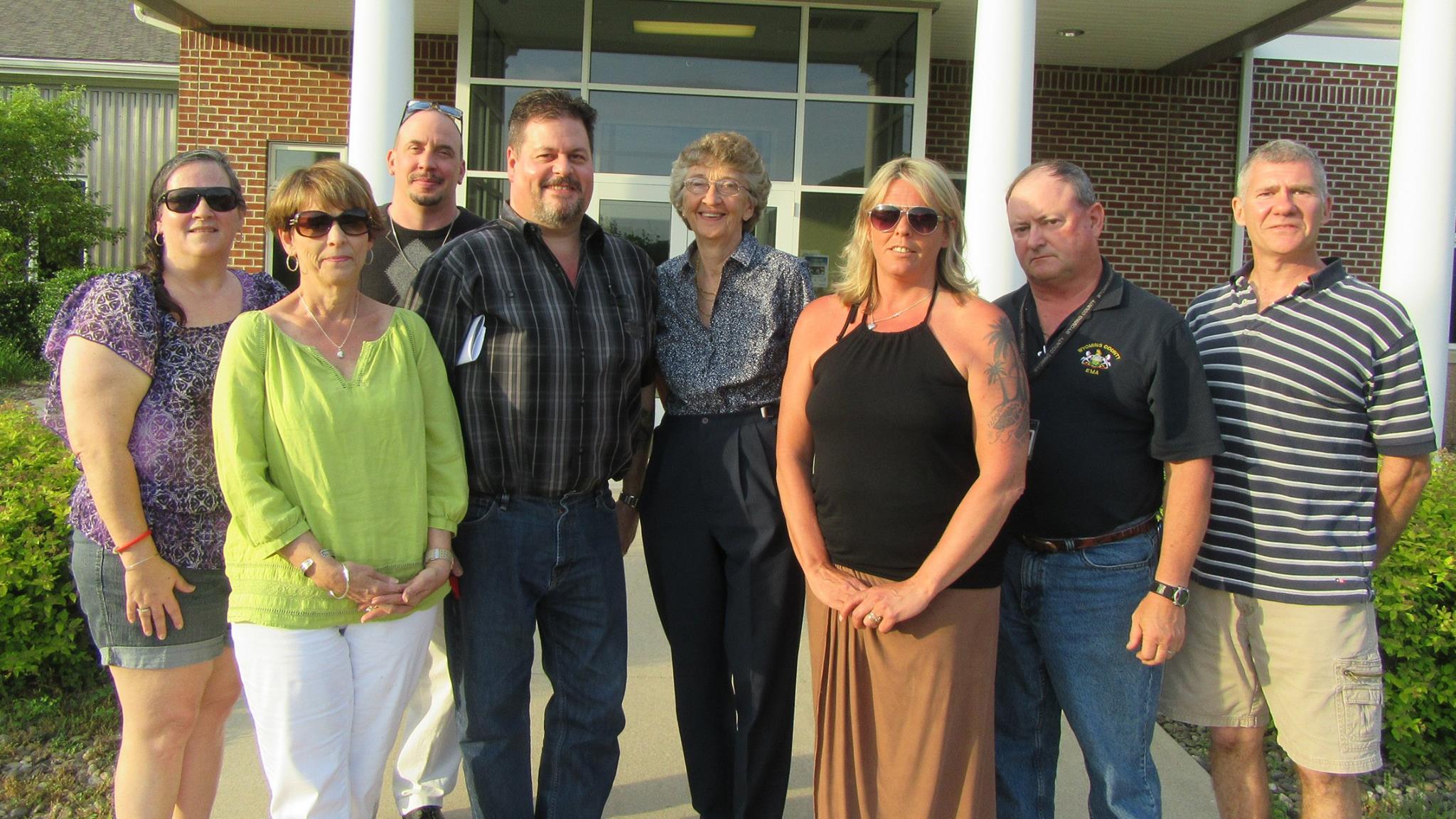 Not One More Wyoming County will conduct an addiction and overdose awareness rally on Courthouse Square in Tunkhannock on Thursday, August 11, starting at 5 pm.

Not One More is a group of concerned citizens and Wyoming County agencies who have joined with the Wyoming County Commissioners to raise awareness and seek solutions to the addiction and overdose crisis in our community. Beginning with a public rally on Courthouse Square on Thursday, August 11, NOT ONE MORE members want to build a coalition that can begin to erase the stigma associated with addiction and combine resources to assist victims of addiction in every aspect of recovery.

The group was formed in response to the alarming number of drug overdoses and deaths in the area over the past year.

“We want it to be family-oriented because this crisis affects every member of the family,” said event organizer Lizz DeWolfe, who lost her 23-year old son J.J. to a heroin overdose in 2015.

DeWolfe will be one of several speakers to share their personal stories with the crowd that evening. She and several other members of the Not One More committee attended a drug awareness rally in Bradford County in May and were motivated to bring the spirit of that enormously successful event back home.

“I walked around in disbelief that so many people were there,” DeWolfe said of the rally in Towanda. “If that community holds together, they’re going to go far. They are going to conquer it.” She contacted Wyoming County Commissioner Tom Henry the next morning and got the consent that she needed to move forward with the plan.

Other speakers will include public officials and people currently in recovery. Representatives from numerous county and regional agencies that offer addiction treatment and recovery programs will staff the information booths that will be spread out around the courthouse. Henry will emcee the event.

The public is invited to arrive at 5 pm to hear music by award-winning songwriter and guitarist Leland Smith who will perform in the gazebo. Speakers will begin at 6 pm, and the event will conclude with a candlelight vigil at 8 pm in memory of those we have lost and in honor of those seeking help and those in recovery.

Not One More members are confident that bringing together like-minded people in the community is the most effective way to collaborate on the addiction crisis and move forward with a plan that addresses all aspects of the issue, including prevention.

While much of what is needed for the rally will be provided at no cost, donations are being accepted to cover the promotional costs. For more information, interested readers can contact DeWolfe at 570-833-4330 or 570-750-1203. To receive regular updates on the rally, “like” Not One More Wyoming County on Facebook. 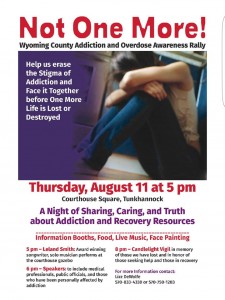