TOP SPANISH LANGUAGE HITS of 2015 – Based on General Audience Response 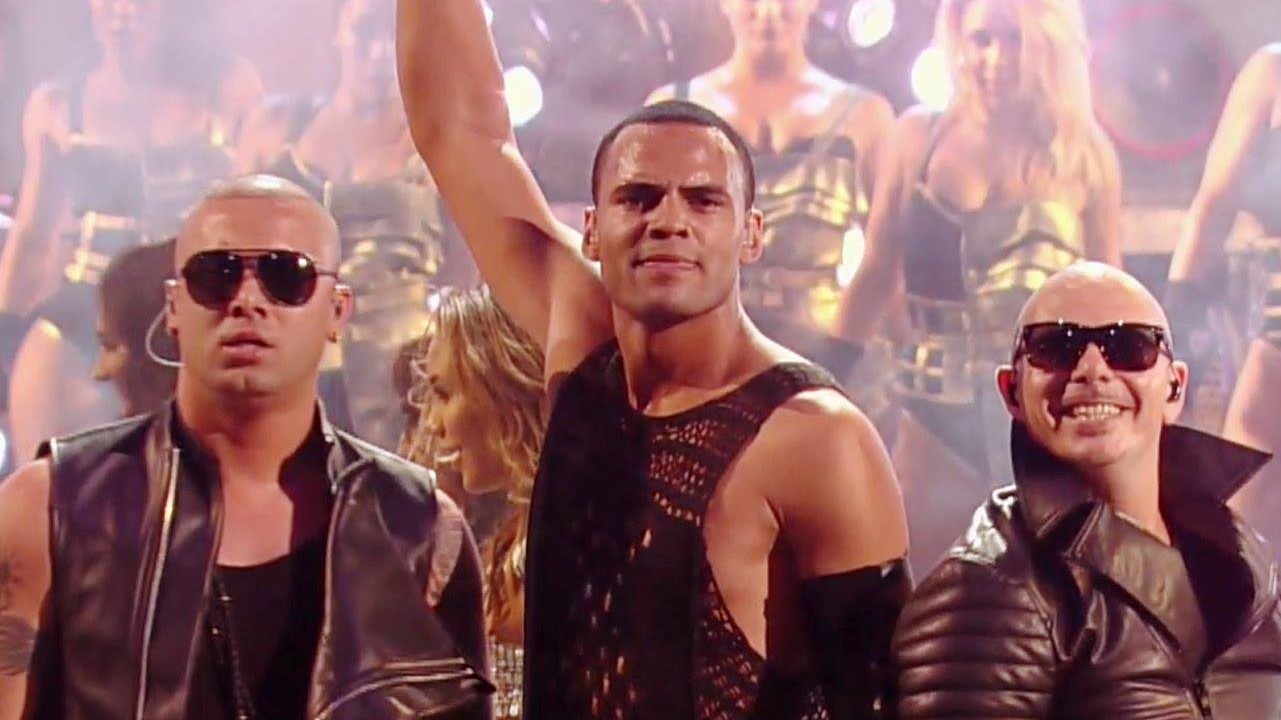 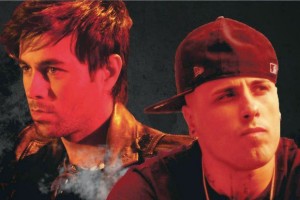 Invite Pitbull (top, right) or Enrique Iglesias (above, left) to any recording session, and you can score a hot Latino hit record. More Latino music crossed over to the US Pop mainstream in 2015 since the decades of Gloria Estefan’s reign.

When I moved back to the Endless Mountains in 2011 after a 17-year absence, I was surprised to find that there was a visible Hispanic population. Apparently, while I moved from Tunkhannock to Williampsort, the stone quarry industry boomed, and Mexican laborers found gainful employment and comfortable living in the Meshoppen area.

I’m not sure what brought the Ecuadorians to the Laceyville area, but they too are a very vibrant and noticeable part of the population. ‘Very different from when I was a kid, and Italian-American kids seemed ethnic.

I’d grown accustomed after 15 years in Lancaster County to Hispanics comprising as much as 30% of any given community. I loved hearing Salsa music and other Latino rhythms during occasional street fairs and festivals and live music at Longs Park on Summer Sunday afternoons. Unfortunately, the cultural exchange didn’t extend to night clubs. Like the black population, the Latinos had their own bars and, too often, any mingling between blacks, whites, and Latinos at clubs led to trouble.

When I stepped back into the ring as an emcee and DJ in the Endless Mountains at the end of 2014, I found myself playing at two bars in particular where I was faced with musically-disenfranchised Ecuadorian and Mexican bar patrons. Why they were putting up with so much classic rock and country hick-hop was beyond me. Being the consummate crowd-pleaser, I felt that it was my responsibility to entertain everybody in the club to an extent commiserate to the relative percentage of their different cultures and ages.

I started checking in with Billboard Magazine Hot Latin Hits chart at least once monthly and taking note of the songs that I hoped would click with both the Hispanic patrons and their non-Hispanic counterparts. Needless-to-say, the Spanish-speaking patrons soon looked forward to my performances, as I also make announcements in both English and my best 10th grade Spanish. The rest of the patrons ignore me when I speak Spanish, which is to be expected. I can honestly say that only one patron at one bar has routinely criticized me for being inclusive of the Spanish-speaking customers.

Latin music played a great influence on Pop from the 1920s into the 1980s, then faded, despite the growing Latino population. Xenophobia at its worst?

What I found this past year was that music with more of a salsa or hip-hop beat, including songs with Spanish or bilingual rap elements went over best. While I really do like Spanish-language music with deep brass and the Oompa beat of Texano, it did not seem to work with the overall crowd as well as I’d hoped. Additionally, any songs that featured Latino artists who had already crossed over to American clubs and radio like Pitbull, Enrique Iglesias, and Marc Anthony, Shakira, and Shaggy, work well for a mixed audience. It has all since become part of our household listening.

Here, I offer you a tried and true list of the Spanish-language hits of 2015 that worked the best for me – good for unseasoned DJs timid to venture there and great for my music-loving friends who want to add something new and different to their collections.