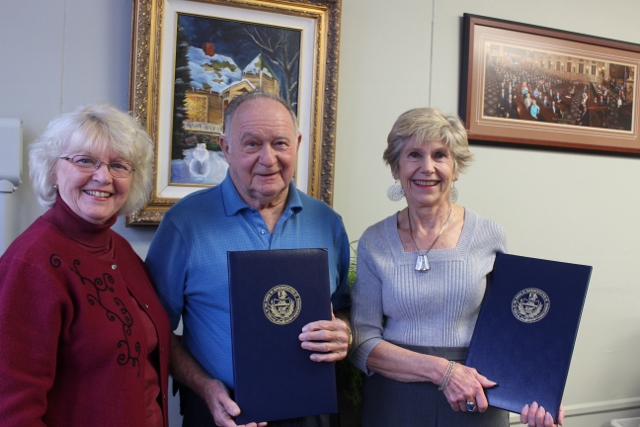 To help Jim (center) and Shirley McGee (right) of Towanda celebrate their 60th wedding anniversary, Rep. Tina Pickett (left) presented the couple with a citation from the Pennsylvania House of Representatives to mark the special milestone.

A surprise party of family and friends was held at the Towanda American Legion in January to honor the couple and to mark Jim’s 80th birthday.