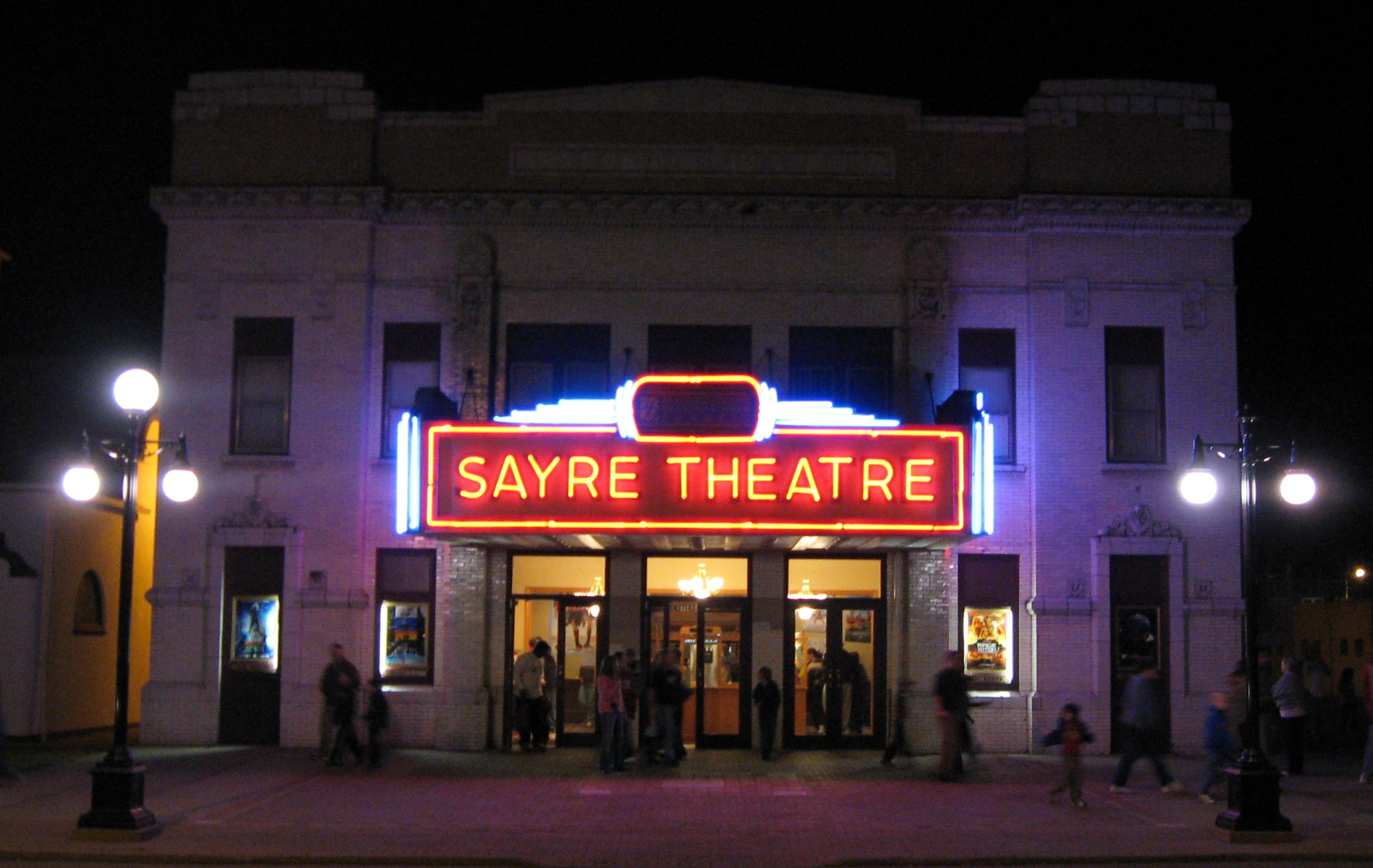 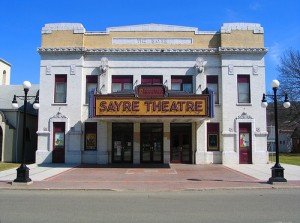 The Bradford County Regional Arts Council announced the success of the silent “pre-fundraising” for the Sayre Theatre Marquee on Nov. 2.

The Bradford County Regional Arts Council (BCRAC) is proud to announce the success of the silent “pre-fundraising” portion of Phase I of the Sayre Marquee Project. As BCRAC heads into the public portion of the project, the Marquee Kick-off was kicked off by honoring all of the very generous patrons and private sponsors who have helped BCRAC advance this far with the project, through both donations and time.

At a January 2015 BCRAC Board meeting, it was advised and accepted to replace the entire piece as opposed to a facial repair that would ultimately cost more in resources as an end result.

Jeff Paul, with the help of Vulcraft of New York, Madison Crane Service and the Sayre Borough Officials, oversaw the removal of the marquee in March 2015.

A committee was formed to determine who and how to replace and restore the deteriorated marquee at the Sayre Theatre to its original appearance using materials meant to last another 100 years. Support metal will be replaced; new metal sides and traditional signage will be reproduced; support posts will be installed allowing for better snow-load support and new lighting systems will reduce maintenance and electrical consumption. HUNT Engineers will be providing project oversight along with the Project Director, Brooks Eldredge-Martin and other BCRAC personnel.

The BCRAC board approved the bid from Bartush Signs in Orwigsburg, who are responsible for the marquee designs of The County Theatre, The Ambler Theatre, as well as The Bryn Mawr Theatre, in the Philadelphia area. In continuous operation since 1942, their proposal was the most comprehensive and leaves the BCRAC in a better position with a regional company for troubleshooting and repairs.

The BCRAC staff and board members would like to extend their appreciation to the following “pre-fundraising” contributors: Hunt engineering, Jeff Paul Plumbing and Heating, Nucor/Vulcraft, Madison Bucket, Corning Foundation, the Holiday Home Tour, Guthrie Clinic, Croft Lumber, the 100th Anniversary Sayre Committee, the Guthrie Turkey Trot, the Sayre Marquee Committee, and the Bradford County Commissioners, as well as those who request to remain anonymous. Your continued support and patronage are invaluable as we move forward with this (and other) projects.

Opened on Dec. 31, 1914 with its official dedication Jan. 1, 1915, The Sayre Theatre has remained opened through the purchase in 1994 by the BCRAC, which transformed the former Opera House into a modern, comfortable and friendly arts center. Contact Sayre Theatre Manager, Ken Carle, for more information, or visit BCRAC online at www.bcrac.org or www.facebook.com/theSayreTheatre.

About the Bradford County Regional Arts Council: Established in 1976, the BCRAC is a nonprofit organization dedicated to building and supporting a thriving regional arts community by advocating for the Arts, cultivating quality arts programming and preserving Bradford County’s historic theatres as venues for performances, community events and movies.  For more information, visit BCRAC online at www.bcrac.org orwww.facebook.com/BCRAC.