By: Rick Hiduk
In: Entertainer Profile
With: 0 Comments 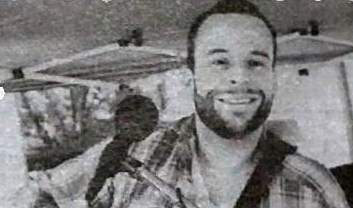 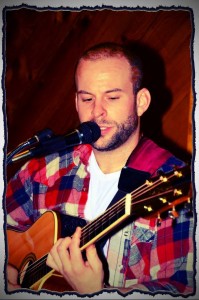 Mike Dillon (above) wants to bring his solid sound and eclectic repertoire to your town. The solo acoustic guitarist from Clarks Summit is seeking new venues and audiences for a playlist that swings from reggae, alternative and blues to classic rock, folk, and ’70s funk and disco. Employing the perfect dose of technology allows Mike to deliver a full band sound at a fraction of the cost.

Mike cites the musical stylings of Martin Sexton, Stevie Ray Vaughn, John Scofield, Tom Morello, Mark Knopfler, Eric Clapton and Keller Williams among his greatest influences. It was Fredericksburg, VA folk guitarist Keller who introduced him to the loop pedal. Mastery of the device, which “loops” prerecorded percussion and rhythm, helps Mike create the wall of sound that wows his audiences.

“My main goal is to find what music the crowd likes and then blow them away with the quality of the music I play,” Mike explains. “It is something entirely different from what they’ve heard a solo artist play before, and it makes for a truly special evening.”

He likes to add a bit of reverb to everything he plays, giving the music more notable percussion. “I also like to play with deep bass and mid-tones and utilize a drop-D tuning which you can feel in your chest,” says Mike.

Mike harbors enormous respect for true musicianship and performers who can engage an audience on multiple levels. “My entire focus is on the music. I’m not there just to make money, or to promote myself,” he notes. “I can get lost in the music myself when I play live, and it takes me on a journey with the audience. The more the crowd vibes with the music, the further I go on my journey. That is when the creativity and soul really come to the forefront.”

Mike describes his current repertoire as a “fusion” rooted in blues, jazz, and rock that can be tailored for diverse bar crowds that may shift in the course of a gig from middle-aged happy hour customers to younger patrons looking for something more upbeat.

“I play anything from current radio rock/pop songs to classic rock and folk,” he explains. “My favorite crowd to play for is one that really gets what I am trying to do, which is provide extremely high quality and well thought-out music that makes their night special and memorable.”

The key to such flexibility is song list so varied that Mike can switch gears on the fly to accommodate the mood and pace of the crowd. From the alternative files, Mike can quickly draw on Alice in Chains, Black Keys, Death Cab Cutie, My Morning Jacket, Sublime and Young the Giant. For the classic rock fans in the bar, Mike can play Pink Floyd, Tom Petty, Peter Gabriel, CCR, Dire Straits and the Rolling Stones. If the crowd leans toward roots rock and folk, Mike turns to songs by Marshall Tucker, John Mellencamp, Bob Dylan, Ben Harper, Rusted Root, Bob Marley and the Grateful Dead.

Younger audiences, he notes, are more receptive to his mixed bag of hits that some entertainment bookers might believe. Mike may hook them with pop favorites by Ed Sheeran, Bruno Mars, Magic, Jason Mraz, Daft Punk, and Outkast, but he can reel them in and create dedicated fans with classics by Billy Joel, James Brown, Van Morrison, George Michael, Steve Miller, the Bee Gees, the Jackson 5, and Tom Petty.

In addition to his simple, yet advanced sound system, Mike uses a sound-activated LED lighting system that synchronizes with the music. His show is a virtual mini concert that fits venues of every size.

As an avid angler and skier, Mike is no stranger to the Endless Mountains. “There are some really great places like the Susquehanna River, abundant lakes and small farm ponds to fish,” he related. He instructed skiing at Elk Mountain Ski Resort for several years as well. “The Endless is an incredible area.”

Now, Mike has his eye on the Endless Mountains region for booking gigs and sharing his love of music. He can be reached by phone at 570-575-7169 or at MikeDNEPAMusic@gmail.com. 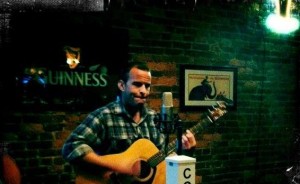