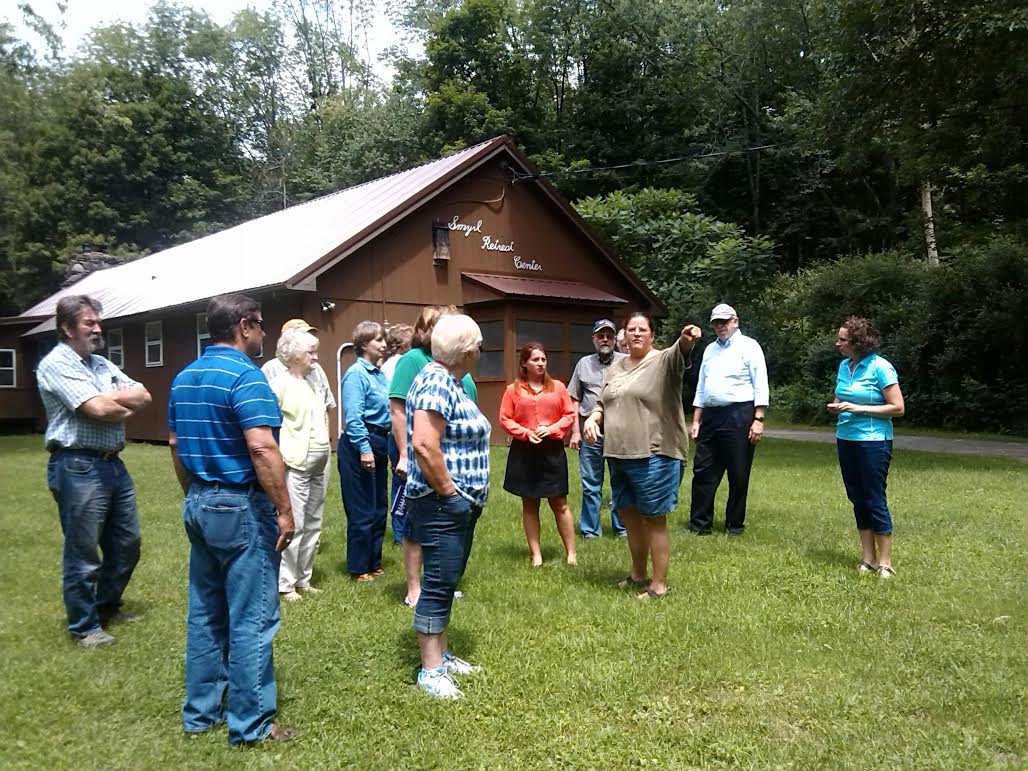 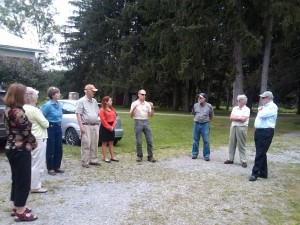 Rebecca Lesko (top), director of the Endless Mountains Nature Center, led board members of the Endless Mountains Heritage Region on a walk around the facilities EMNC maintains at Camp Lackawanna at Vosburg Neck in Wyoming County. Afterwards, Paul Lumia (above), director of the North Branch Land Trust, gave the EMHR board a tour of the house and barn at the adjacent Howland Preserve.

The board members and staff of the Endless Mountains Heritage Region (EMHR) spent the better part of a recent balmy Friday at Vosburg Neck, an expansive peninsula in Washington Township, Wyoming County around which the Susquehanna River flows gracefully. While the gathering essentially served as a retreat and workshop for EMHR’s Management Action Plan, participants had time as well to see several ongoing projects for which EMHR has helped to secure funding.

Wyoming County stands out among the other three counties represented by EMHR as the only one without a state or county park that effectively ties together nature and recreational opportunities in a manner that is accessible to all of its residents.

In the past few years, however, EMHR has been working closely with Camp Lackawanna, the Endless Mountains Nature Center (EMNC), and the North Branch Land Trust (NBLT) to help develop and map trails on their nearly 1,000 combined acres and open as much of them as possible to the public. NBLT, Camp Lackawanna, and EMNC have been working in tandem since at least 2006, when they hosted together the first Vosburg Neck Festival.

“We share a common interest in having the area protected and accessible to the public,” NBLT Executive Director Paul Lumia said of the relationship. Recent collaborations have included the connection of previously separate trail systems, mapping and signage of the same, and development of a public river front access.

NBLT has used grants secured by EMHR to weatherproof the large yellow house that was once part of the 669-acre Riverside Farm bequeathed by former owner Earnest E. Howland. A new roof and doors, insulation, and work to the foundation will allow NBLT to make the building accessible for public and private functions.

“We are proud to contribute to the barn and house restoration, which will provide new venues for meetings and events in a serene and pastoral setting,” related EMHR Executive Director Annette Schultz. “This project fulfills one of EMHR’s mission objectives to protect, improve and promote public enjoyment of our natural and built heritage places. We will continue our involvement as part of the Friends of the Howland Preserve Committee.”

Other entities to contribute to the renovation of the structures, welcome kiosk, and roadway to the river include the Endless Mountains Visitors Bureau and Proctor & Gamble. Lumia is thankful too for the cooperation and support from Washington Township and Wyoming County officials who, he noted, can also see the value of the peninsula in terms of natural recreation.

Vosburg Neck is the next best thing to a state or county park for residents of Wyoming County and beyond, Lumia suggested. “I think it’s all there right now. We’d like to see more public awareness and utilization of the trails and riverfront area.”

Of Camp Lackawanna’s 320 acres, 281 are under conservation with NBLT. The borders further blur when EMNC’s director Rebecca Lesko conducts hikes and other programs on the Howland Preserve. There’s just two months per summer that Camp Lackawanna requests isolation for the safety of youths attending weekday camp programs there.

On weekends and throughout the rest of the year, the trails are open to both hikers and mountain bikers. The river access is available for non-motorized water craft and also intended as a stop for down-river paddlers. The site is already a mecca for nature lovers, artists, and Scouting groups, and the barn offers potential as a venue for weddings, family reunions and other functions.

Events like “Rockin’ the River,” which will be held in the area of the barn on Saturday, Aug. 8, are intended to increase awareness of the 950 acres preserved at Vosburg Neck, which Lumia hopes will translate into further funding and additional amenities. 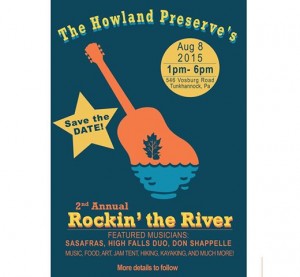 EMHR board members were impressed by the progress of the projects funded through EMHR grants, a key function of an organization dedicated to identifying and tapping into a variety of resources and pairing the funds with like-minded organizations that can make the best use of them.

Schultz described the workshop on July 17 as a kickoff to Phase II of EMHR’s Management Action Plan, which will focus on developing strategic actions for implementation over the next one to three years.

“The board revisited its regional vision and mission from the origins of the organization in 1998 and discussed how the partnerships of the public and non-profits can be revitalized to benefit the region now,” said Schultz. “I got a lot of good input and insight from the retreat of the board’s values and priorities.” Schultz became EMHR’s Executive Director in June.

2015-07-30
Previous Post: Celebrate the Camaraderie of Your Contemporaries: A Case for Attending Your Class Reunion
Next Post: Billboard’s ‘Hot 100’ Changed the Way Pop Music Was Charted