By: Rick Hiduk
In: bluegrass music
With: 2 Comments 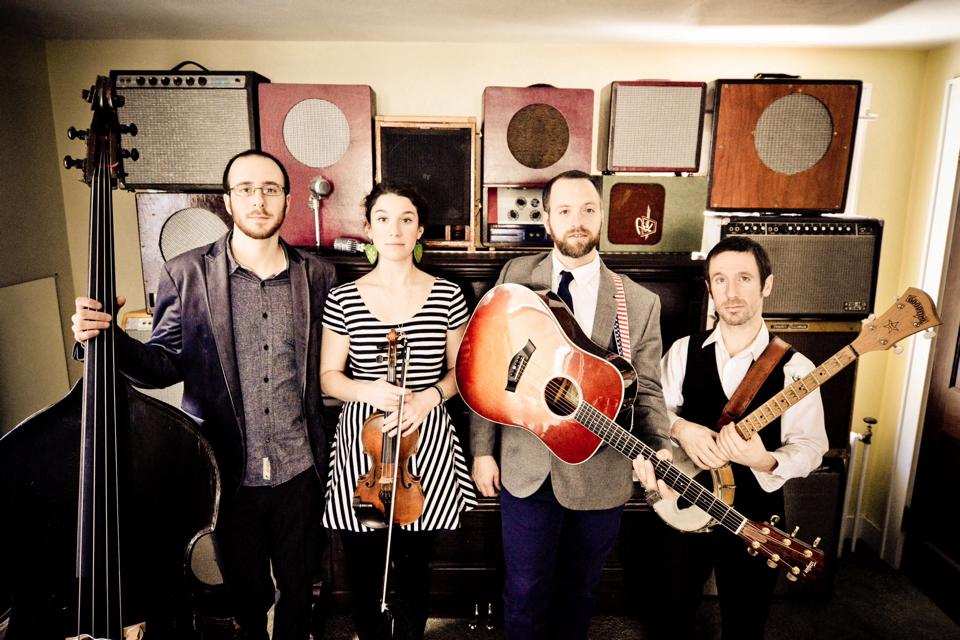 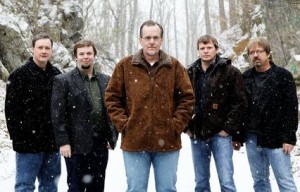 Binghamton-based Driftwood (top) has developed a strong allegiance of fans in Upstate New York and will make their debut at this year’s NEPA Bluegrass Festival. The Grammy-nominated Boxcars (above) will headline the four-day event, which will be held at Lazy Brook Park, east of Tunkhannock the last weekend of May.

The eighth annual NEPA Bluegrass Festival, set for Thursday to Sunday, May 28 to 31, will bring an impressive lineup of traditional bluegrass artists to Tunkhannock, while continuing to make room for additional musicians who experiment with and offer unique takes on the classic American genre.

Featuring two stages and highlighting a variety of artists is what helps the NEPA Bluegrass Festival in Lazy Brook Park at Tunkhannock stand out from similar events, according to festival organizers Christa Stewart and her husband and seasoned musician Danny Stewart Sr.

Among the acts who will grace the main stage this year are the Boxcars, featuring Adam Steffy and Ron Stewart. The award-winning band wowed NEPA Bluegrass patrons during several shows last year and the Stewarts are proud to bring them back. “They are at the top of their game right now in Nashville,” said Christa.

She is also excited about scheduled performances by Nothin’ Fancy from Virginia, who are slated to headline the 2016 Bluegrass Cruise, which the Stewarts also coordinate. The band, led by Mike Andes and relatively young in their 20s and 30s, offers a mix of covers and originals. “They have a broad base appeal and a huge following,” Christa noted. “Anybody who knows bluegrass loves Nothin’ Fancy.”

Over a knoll and out of hearing range from the main stage, local and regional bands who employ drums, steel guitars, keyboards and other non-traditional bluegrass elements will exhibit their unique talents at another pavilion.

“There are no rules,” Danny said of the folk, country, rock and alternative musicians on the progressive stage who take some liberties with their pickin’. “Instrument wise, I welcome them to go crazy.”

Among those who perform along the creek will be The Coal Town Rounders from Scranton and Driftwood from the Binghamton, NY, area. The latter is slated for two sets on Friday evening.

“They started as a garage bluegrass band and they exploded,” Christa said of Driftwood’s quick rise to prominence along New York’s southern tier and elsewhere.

“There are so many different flavors and styles,” Danny noted. “Most festivals that I go to are traditional, and everything starts to sound the same. That’s why we have the progressive stage.”

The Coal Town Rounders are also relatively young and play a high-energy traditional bluegrass music that appeals to young fans, Christa noted. Appealing to all age groups and taking turns on both stages are returning act Hillbilly Gypsies, who offer a constantly shifting lineup and joyfully employ props and a variety of instruments.

For four days, the scenic park takes on the essence of a neighborly community separate from the rest of the world rushing by on nearby Route 6. A growing number of attendees opt to purchase weekend passes which include free camping.

Between taking in shows, guests love walking the park’s pathways, wading in the refreshing waters of Tunkhannock Creek, and taking photos of family members with unique wood carvings and totem poles. The Stewarts are as interested in preserving that serenity as they are in encouraging others to enjoy it. “It’s definitely a family oriented thing, and that’s how I want to keep it,” Danny maintains. “I don’t want to make it a party scene.”

Christa is happy to report that more local people plan this year to join those from out of state in making the festival a home away from home for a few days. Advanced sales have been brisk, she noted, and patrons include many people from Wyalusing, Tunkhannock, and Laceyville.

“It’s so healthy to have an outdoor venue,” she added. “And it’s super cool to be outside for music.”

As she and her husband work to improve every aspect of the festival, they have noticed that NEPA Bluegrass is drawing families for the overall experience, which includes Kids Corner activities on Saturday; a wide variety of food and wares to purchase from hand-picked vendors; music workshops for novice guitar, fiddle, and banjo players; a singer-songwriter workshop; an instrument maintenance workshop and a tent where minor repairs can be done during the festival.

“People can learn how to change their own strings how to properly use a capo,” Christa said of workshops conducted by regular vendor Dave Strunk. “A lot of people are intimidated because they only know the basic chords. He teaches the little things that you can do to get different sounds out of your instrument.”

In recent years, the Stewarts decided to add a yoga workshop. As it turned out, the musicians loved it. “When you are picking all night long, cramped up in a chair around a camp fire, you are not in a good position and you get sore,” Christa noted. The session is held at 10 a.m. on the bank of the creek.

“You don’t have to be a bluegrass fan to go to NEPA Bluegrass and have a good time,” Christa said of the multi-faceted festival. But, with a wink in her eye, she admits that those who arrive with an open mind are likely to leave loving bluegrass music and wanting more.

Gates and campsites open on Thursday morning. Tickets and a complete list of scheduled performers and their itinerary are available online at www.nepabluegrass.com. Readers may also look for updates at Nepa Bluegrass on Facebook or send an email to mandolindan2005@yahoo.com. 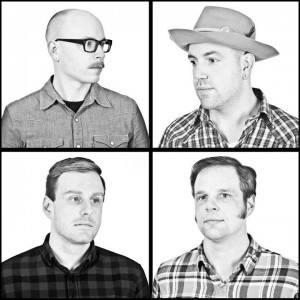 The Coal Town Rounders (above) from Scranton will perform on the Progressive Stage at the 8th annual NEPA Bluegrass Festival, which will be held at Lazy Brook Park from Thursday to Sunday, May 28 to 31.