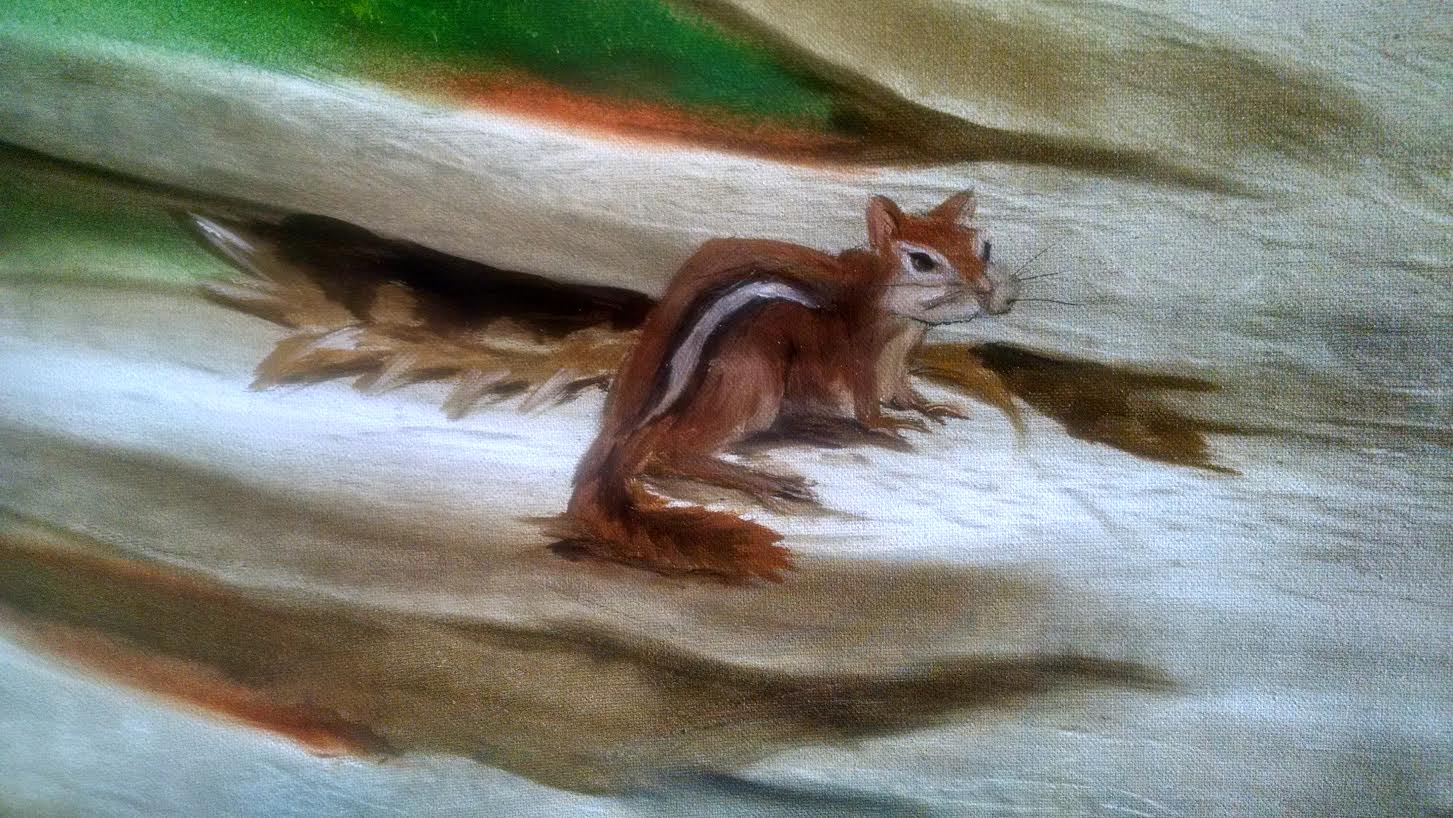 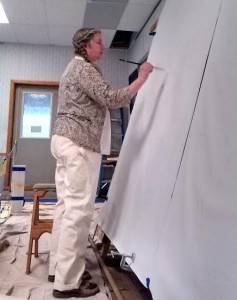 Sullivan County artist Karen Black (above) begins working on a new mural that will adorn the showcase in the Sullivan County Courthouse at Laporte. A chipmunk (top) is just one of many details that visitors to the courthouse will see as part of the finished product, which should be unveiled in late June.

The showcase in the lobby of the Sullivan County Courthouse should have a new look by mid summer as three local artisans work on pieces reflective of the natural wonders that abound in the most sparsely populated area of the Endless Mountains region.

In March, a mural originally painted in 1940 for the Makoma Inn, which sat on the shores of nearby lake Makoma, was dismantled.

“It was badly faded and in need of repair,” said Karen Black, who has already begun painting a new mural for the showcase. When finished, the new five-panel mural will be 10 feet high and 22 feet long. “I will be painting it in sections, and, hopefully, it will be installed by the end of June.”

Local taxidermist Nancy Kraft will refurbish a number of animals taken from the showcase, some of them more than 100 years old.

For his senior project, Sullivan County High School art student Hayden Baumonk is helping to clean the animals and will also painting an 8-by-4-foot section of the Loyalsock Creek bed that will cover part of the floor of the display case.

“I will be his mentor, and I am looking forward to helping another young artist,” Black stated. “It will be a very exciting next few months.”

To achieve the detail desired for the project, none of the brushes that Black uses are more than an inch in width. The scenery includes views of the Loyalsock Creek and the wooded mountains that rise steeply away from it, as well as some of the forest creatures not represented by the taxidermy specimens.

Interested readers may get a look at the work in progress on Friday and Saturday, April 10 and 11 by making arrangements with Black at 570-928-8872 or suzuka928@gmail.com. Additional updates can be seen on Black’s Facebook page. 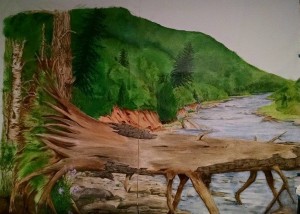 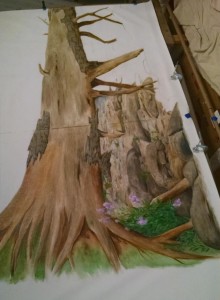