By: Rick Hiduk
In: Recognizing Volunteers
With: 0 Comments 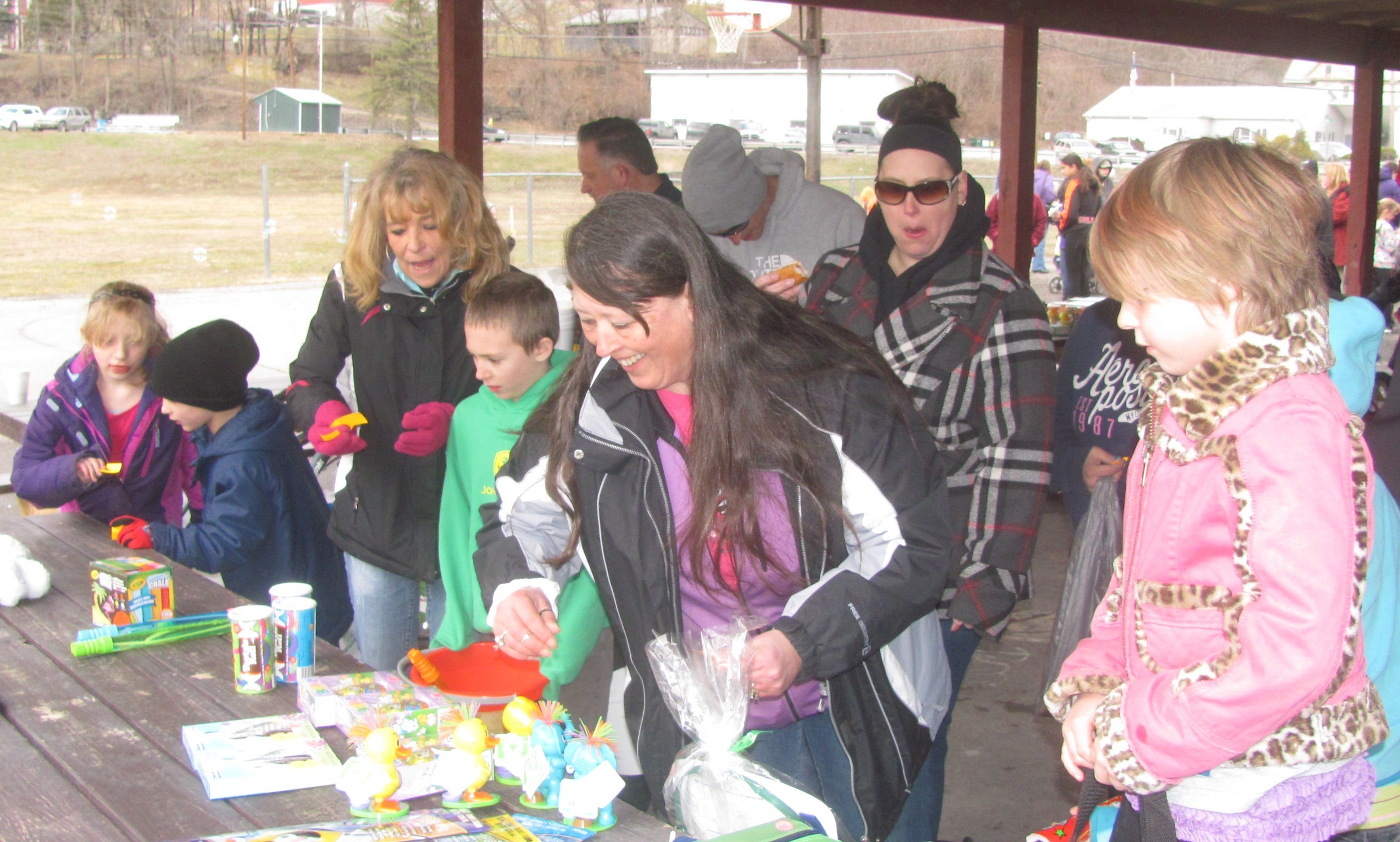 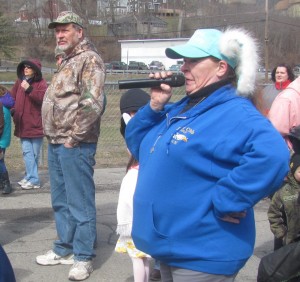 While Holly Stark (above) and her husband, Rick, are credited by area residents for their perseverance in maintaining community traditions such as The Meshoppen Holiday Fund Easter Egg Hunt , the Starks are quick to point out that that it is like-minded volunteers such as (top, from left) Darlene Salsman and Ruthann Nace who make such no-cost family-friendly events possible.

“It’s events like these that keep small communities together,” Holly has said of her motivation for continuing the Meshoppen Holiday Fund Community Easter Egg Hunt and the annual Halloween party. For more than a decade, she and husband, Rick, have planned and conducted the events and seen them through a number of changes.

To the public eye, Holly, a popular DJ and karaoke host, makes such events look easy. She sets up her sound system, slips in a CD of children’s songs and wanders the grounds, serving as both emcee and personal friend so many children in attendance.

What people don’t see is the time Holly spends communicating with local business owners and leaders of other civic organizations, such as the Kiwanis prior to events to procure as much funding and as many prizes as possible. People also don’t see how many times the Starks reach into their own pockets when contributions are scarce.

At show time, however, a small army of Holly’s Helpers step up to take over the logistics and spread as much joy and giving among those in attendance as possible. The regular volunteers have become a well-oiled machine, some of them focusing on food and beverages and some managing the distribution of prizes and, in the case of the Halloween party, coordinating the judging of costumes.

By the start of the event on Saturday, it was apparent that the ballfields were still too saturated from snow melt and recent rains to accommodate a kid-friendly traditional egg hunt. A heavy band of sleet wet the field again just as the Starks and their helpers were arriving. What little sun there was was interspersed with brisk gusts and persistent snow flurries. Holly quickly switched to Plan B, which resorted to all age groups receiving their eggs from a large plastic tub. A general consensus moved the tub to the parking lot, which was maybe four degrees warmer than the shadowy pavilion.

Participants followed Holly’s instructions, the eggs were distributed, and prize slips redeemed for toys and candy. Smiles eventually won out over weather-worn grimaces, as children and adults walked off with their gifts. Despite Mother nature’s ongoing love affair with Old Man Winter, the egg hunt was a great success.

The Meshoppen Holiday Fund and its volunteers are unfortunately becoming a rare breed as a dangerous sense of entitlement overrides and erodes community spirit. For as many genuinely grateful residents whom I encountered at the egg hunt yesterday and for as many “thank yous” to Holly that I later saw posted on Facebook, I unfortunately also witnessed greed among children and heard grumblings from parents about the pace of the event.

‘Think you can help to improve the event next year? Great! Smaller communities with a limited economic base need more people like Holly Stark and her helpers

Message Holly Stark on Facebook if you would like to contribute to the Holiday Fund or offer your services for future Halloween parties and Community Easter egg hunts. Individuals and business owners who would like to support Stark’s efforts via the Meshoppen Holiday Fund can contact her at 570-833-4317 or 570-240-0570. 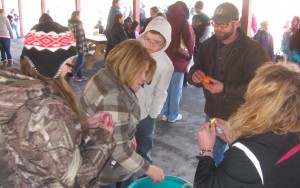 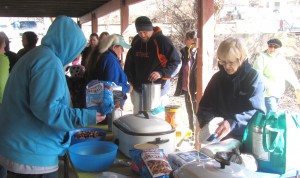 Mariah McClain (front, left) and Jennie Graham set up food and beverages prior to the event. 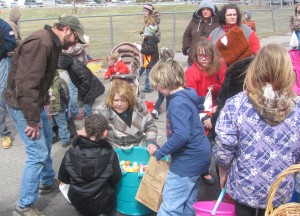 Distributing eggs to 6 to 9 year-old participants are Mike Houser (above, left) and Penny Stockholm. 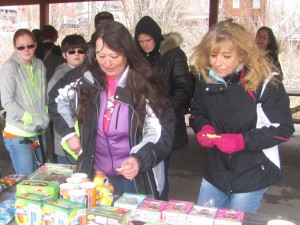