By: Rick Hiduk
In: Parenting
With: 0 Comments 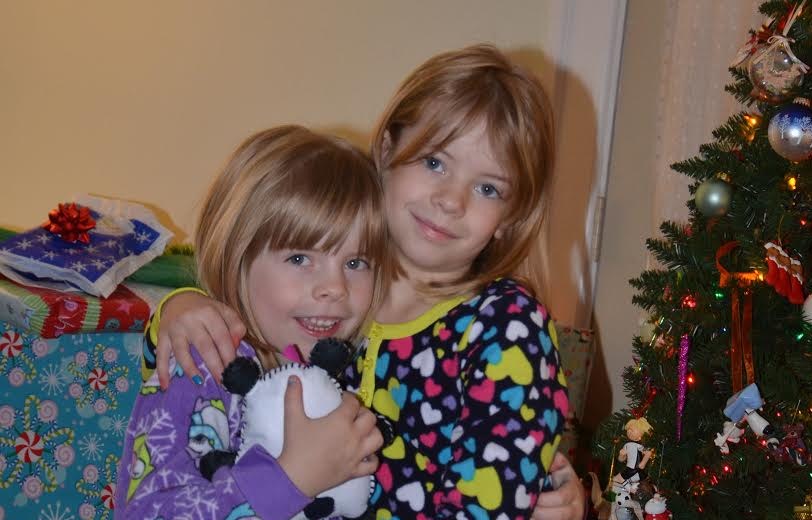 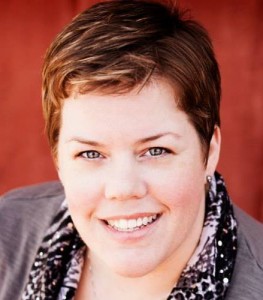 (Editor’s note: Writer K.M. White (above) has plenty of photos of her daughters (top). In 2015, she wants to be in more of those photos. A year of healthier living and self-esteem building has led her to a new way of thinking about traditional New Year’s resolutions.)

Once again, we are at that time of year where we put pressure on ourselves to create a list of goals, aka New Year’s resolutions. I am sure many of us will agree that these are typically big goals, and we have high expectations that we will stick with them throughout the year. I will admit that my success rate in keeping to these resolutions has been pretty poor.

I seem to always have the same goal at the top of my resolution list each year; to lose weight. I have to assume that holds the number one spot for many of us; as it seems most Americans focus on self-improvement. Last year, that topped my list and I added one other; to not use my debit/credit card on purchases under $5.00. I did pretty well with that and I even tried to adhere to that ‘rule’ with purchases under $10.00.

I was curious to see where and when this tradition began because, quite frankly, the stress of keeping resolutions can be overwhelming. I don’t know about you, but when I have planned to exercise more and eat less junk or fewer sweets and I screw that up in the first week of the New Year, my willpower dips.

Making New Year resolutions is a tradition that stretches back thousands of years. Ancient Babylonians celebrated the New Year more than 4,000 years ago in March – not in January – when the spring harvest was coming in. They held a festival during that time called Akitu that lasted 12 days. It was the Romans who changed New Year celebrations to January.

The tradition of creating “New Year’s resolutions” began with the Romans. Their resolutions weren’t as focused on internal or personal goals, but rather moral ones; like being good to others (I believe that there are quite a few individuals who should keep that one at the top of their list). The Roman Empire took Christianity as its official religion in the 4th century and prayers and fasting replaced the moral intentions. This change had varying results over the centuries.

As recently as the 17th century, Puritans in Colonial America avoided the indulgences associated with New Year’s celebrations and other holidays. They urged their children to skip these festivities and spend their time reflecting on the past year and contemplating the year to come. Once again, the old custom of making resolutions came back around and people were committing to making better use of their talents, treating their neighbors in charitable fashion, and avoiding their habitual sins.

So, there is my super brief history lesson on how the New Year’s resolution came to be. I am not sure if that makes much difference as to how we go about making our resolution list, but I had assumed that making resolutions was something that came about in the last century.

This year, for the first time, I have not included losing weight in my resolutions. I figure that I have been working on this for about a year and a half and I am sticking with it; it no longer needs a spot on my list. That is really hard for me to wrap my head around, because that has been my “number one” resolution dating back to teen years. I am proud of the steps I have taken with my weight and my health, especially in the past year, and I have created healthy habits that are working for me.

This year, I am focusing on my daughters and what I need to improve to be more present in their lives, along with a few tweaks on other things. I don’t want to put unnecessary pressure on myself, so if I screw up (which this is bound to happen, because well, I screw up…sometimes a lot) I can regroup and carry on.

1. I will ‘unplug’ more. I am going to turn the computer off during the evening. I am going to park my iPhone on my desk and turn it off; or at least turn off the sound so I am not tempted by pings and dings and buzzes. I leave my computer on sleep mode, so when I think of something work related or I remember an email that needs to be sent, I can quickly jump on and do that one thing. I should know better, because that typically leads to working on a few other things and, before I know it ,what should have taken a few minutes has turned into an hour. I work from home, so I need to remember to clock out and deal with anything work related the next day. There is nothing on Facebook or in Gmail that is more important than spending evenings with my family. I always have the best intentions to make it quick with an email or look up one thing, but then I get caught up on doing a bit more work and before I know it bed time is upon us.

2. I will let the girls do more on their own. This may be the hardest resolution for me to adhere to, but I need to let them do more on their own – to make mistakes without me being right there to make it better or fix it. I need to let them develop the skills to handle their mistakes and to try to figure them out. I always want to be there for them and sometimes I feel that, if I just did it for them, it would be easier and faster. I have to step back and watch; watch them learn that they can do it for themselves…that they can figure it all out without my help. It may take them a lot longer without my assistance, but I bet they can do it and probably in a different way and possibly even better way than what I could. My parents weren’t always standing by my side to help me figure things out and I have done pretty well. I have made mistakes or poor choices in how to fix some things, but I learned from that. I am sure it will be the same for the girls.

3. I am going to put myself in front of the camera more. I have done a great job in recording a lot of moments in the girls’ lives, but rarely do I make an appearance in those photos. I was organizing photos from 2014 and there are very few that I am in. I like to think it is because I am the one manning the camera, but I also know that I hid a lot, not wanting to see myself in the photo. I would think about how I would look, not about what memories were being recorded. I plan to change that.

I am keeping my resolutions to a minimum this year. I don’t need to overburden myself any more than what I already do. I already have too many lists of to-dos to keep track of. I feel these goals need a little more of my focus, and I need to work harder on them. Maybe I don’t even really need to be making them; it should just be something I work toward. I suppose labeling it as a resolution gives it a different level of importance though. It also could be that I really like to make lists and this is another one I have.

Wishing you all a Happy New Year and the best of luck with your resolutions!