By: Rick Hiduk
In: special offer
With: 0 Comments 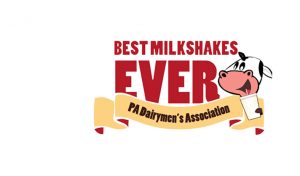 Milkshakes made from 100% real whole milk have become a Pennsylvania Farm Show tradition since they were introduced in 1955. On March 6, the iconic frosty state treat that has become part of the kick off for Farm Day will be available at no cost at Susquehanna County Ag Day.

Among the new features of this year’s Susquehanna County Ag Day, which will be held at Elk Lake High School on Friday, March 6, will be a first-time visit from Ryan and Chris Herr, who will be serving up famous PA Farm How milkshakes at no cost to Ag Day guests.

The Pennsylvania Dairymen’s Association began serving the whole milk shakes at the Farm Show in 1955. Ryan Herr and his father, Chris, contracted with the Association in 2017 to start taking the shakes on the road to partner with other organizations as fundraisers. The Herrs have sold the milkshakes at mini-thons, football games and festivals across the state, helping to raise more than $125,000 so far.

One of Ryan’s favorite stops is the Grange Fair in State College, where the sale of Farm Show milkshakes helps to support adults with autism and intellectual disabilities at the Taproot Kitchen. On Ag Day, the Herrs will donate one dollar for every milkshake served to the Energy Education Fund (EEF), which supports STEM-based education and energy-themed programs like the Mobile Oilfield Learning Unit.

“Ag, energy and education are the areas that we really like to raise money for,” said Ryan. “Whenever we see the money going to places and being productive, it’s definitely good.”

He is looking forward to his first event in the Endless Mountains and serving what has been voted one of Pennsylvania’s most iconic foods. “We’re excited to get into Susquehanna County,” Ryan remarked. “They are likely familiar with the Farm Show milkshakes, but they probably can’t find them other than January.”

Cabot Oil & Gas Corporation will pay for everybody’s milkshake on Ag Day, as well as cover the cost for lunch in the cafeteria for all guests and vendors. Cabot manager of external affairs Bill desRosiers said the company was “delighted” to sponsor Farm Show Milkshakes to Ag Day. “These delicious milkshakes have been served at the farm show for more than a half a century, and it’s our pleasure to bring them to Susquehanna County for people to continue to enjoy or to experience for the first time.”

The shakes come in vanilla, chocolate and half-and-half, the latter of which Ryan indicated are most popular. They are made from whole milk produced in Pennsylvania. 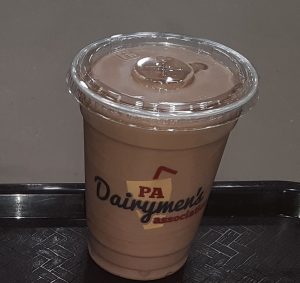 Ryan promises a shorter wait for the shakes than Farm Show guests often experience in Harrisburg. “It’s a special treat. It always puts a smile on people’s faces,” Ryan asked. “Who doesn’t love a milkshake?”