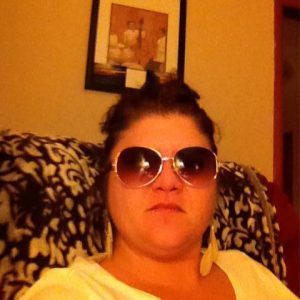 Edited from a Police Criminal Complaint

Jamie Wildrick, 40, of Tunkhannock has been charged with making terroristic threats, disorderly conduct, fighting, physical harassment and two counts of retail theft as a result of an incident dated Dec. 13. Wildrick attempted a purchase with an access card that would not cover the candy and air fresheners that she took to the counter at the CVS store on Bridge Street in Tunkhannock.

According to a criminal complaint filed by Tunkhannock Borough Police officer Dustin Cokley, Wildrick became irate when she was told her card did not work and began screaming at the cashier, one of two employees at the front of the store who witnessed Wildrick’s behavior.

After allegedly telling the cashier that ‘someone brought her into this world, and she (Wildrick) would take her out,’ she was asked to leave the store, to which Wildrick is quoted as saying “It’s my country and my store!”

Several witnesses and surveillance footage concur that Wildrick continued to berate the cashier, which was making other customers uncomfortable. “Ever hear the song ‘Jamie’s Got a Gun?’” she asked the employee. “You better watch your back or I’ll take you out.” She even sang a few lines of the song, which was a reference to the Aerosmith hit “Janie’s Got a Gun.”

After refusing to leave and telling the cashier that she should instead leave, Wildrick grabbed the items that she could not afford to purchase from the checkout area and walked out of the store.

A male bystander, who had also witnessed the scene followed Wildrick out of the store and toward the center of town. Cokely caught up with the two after they had turned left off Bridge Street onto Tioga Street.

Cokely observed Wildrick to be carrying several boxes of candy canes and four Renuzit brand air fresheners stacked in her arms without a shopping bag. She allegedly told Cokely that she had purchased the items but could not produce a receipt.

Cokely asked her if she had any weapons in her purse, specifically a gun. She replied that she had a knife but no gun and consented to allowing the officer to search the bag with no firearm being found.

Cokely asked Wildrick why she had been heard singing “Jamie’s Got a Gun” while in line at CVS. At this point, she admitted to having had issues with her access card. Otherwise, the police report describes Wildrick as largely incoherent, mumbling and making little sense.

The male witness, who was not known to Wildrick, told police that he had remained close to the registers at the store to help quell any potential violent actions on her part. He followed her up the street to help law enforcement find her. Wildrick yelled at the man and told him he had “daddy issues.”

The police department later received a copy of the surveillance footage and logged it as evidence. “I observed her to become increasingly agitated, based on her demeanor while interacting with the cashiers in the store,” Cokely said of his review of the video.

The aforementioned charges were filed based on his professional opinion that Wildrick “did threaten to harm an employee, created a public disturbance while checking out and subsequently removed items from the store without paying for them.” The total value of the items stolen was $5.08.

Wildrick is scheduled for a preliminary hearing on Dec. 30 in front of magisterial district judge Carl Smith.