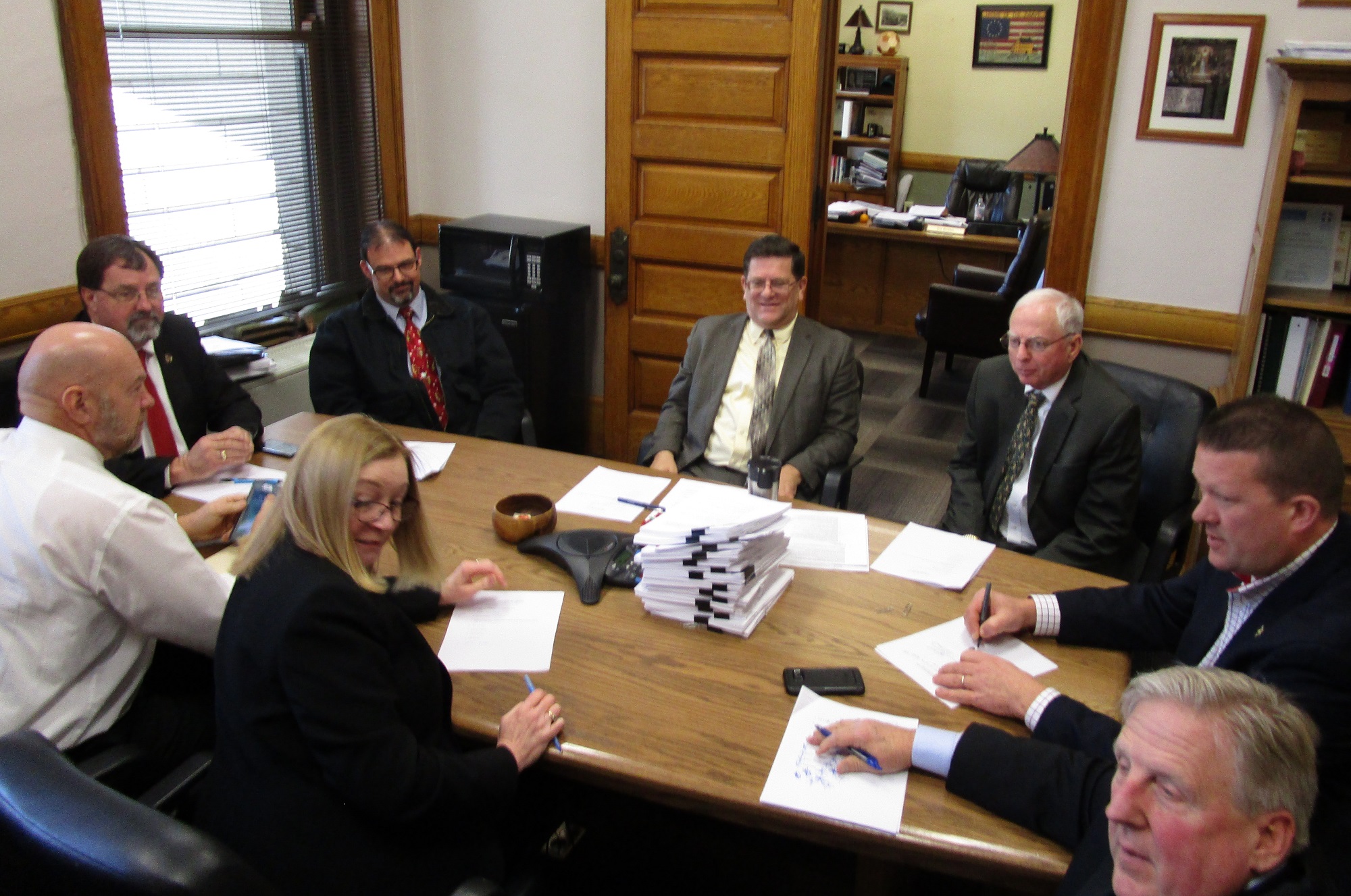 Two new policies were adopted by members of the Bradford County Prison Board on Thursday, including one concerning use of a new body scanner that will soon be put into use.

The self-contained Soter RS Full Body Security Scanning System is described as a “soft tissue scanner” and will enable those processing inmates to detect contraband that might have been tucked into folds of clothing, ingested or inserted into a body cavity. Items that can be detected by the machines include drugs and small weapons.

“This will make things safer for the prisoners and our staff,” warden Don Stewart said of the unit. “The policy is that, if we see something, they would be taken to the hospital for an evaluation as to whether or not to remove it or let it pass.”

Currently, Stewart explained, if a prisoner is suspected to have ingested or inserted contraband, the water in his or her cell is shut off, and corrections officers have to monitor the inmate’s recover the items.

“This could help prevent potential overdoses too,” commissioner Ed Bustin related. Quite often, a person under arrest will consume the remainder of the drugs in his or her possession to avoid being caught with them. The machine offers different operator roles to comply with respective scanning and security policies.

Anyone coming into the prison or having contact with an outsider, such as an attorney, will be scanned prior to release back into the general prison population. The machine, which uses minimally invasive radiation, will go on line as soon as the prison completes DEP certification.

(To get an idea of how the new scanner will work, watch this: https://www.youtube.com/watch?v=xkGnCSeMsJ8 )

After a spike in the number of inmates in the system last month that Stewart credited a big influx of individuals being brought in on bench warrants who could not be released, prison population dipped slightly over the past 30 days to 163 males and 33 females. Of the 12 inmates currently at other prisons, only six females are actually outsourced currently due to overcrowding. They are in Tioga County.

With 27 full-time and 11 part-time corrections officers in place, the roster at the Bradford County Correctional Facility is still eight COs and one sergeant short. One CO reportedly left without advance notice and moved to Florida. Retaining guards and other staff members in rural prisons is challenging across the Commonwealth. Qualified staff often go to state prisons or other situations for higher pay, after getting the training they need.

During the course of the regular commissioners meeting that preceded the prison board meeting on Dec. 12, the commissioners approved a reclassification of the sergeant position and an increase in the starting rate for that position by seven percent to $16.25 per hour. Subsequently, the wages of the other six sergeants were also assessed with a seven percent increase.

“We want to make sure that it is a fair wage,” said commissioner Doug McLinko, owing to the difficulty rural prisons and law enforcement have with retention. “We did the same thing last year with the Sheriff’s and other departments,” he added.

Interviews are underway this week at the prison in Burlington Township for a new sergeant, several part-time officers and a treatment supervisor.

Two male inmates, Smith and Benting, were restrained and placed on constant watch on more than one occasion in recent weeks due to attempts to harm themselves. COs used pepper spray on Benting during one occurrence to get him out of his cell after he broke a fire alarm.

Two male inmates with suspected “gym injuries” were taken to local hospitals for assessment of reported hip and knee injuries, respectively, and returned to the prison.

Several male and female prisoners were cited for starting fights and charged with assault. No other inmates nor staff were hurt during the incidents.

On a final note, the supervised bail program has maintained its average of 76 people convicted of low-level crimes who are not in the facility. The caseload currently includes 27 referred to the program by the court and 48 from Domestic Relations.