Can the Prison Be Built Upwards? 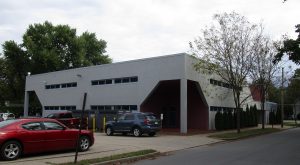 Ongoing debate as to whether or not a new correctional facility should be constructed in Wyoming County has fueled criticism over what many residents perceive as “over-jailing,” as well as an unwillingness of many taxpayers to absorb the estimated cost of upwards of $42 million.

At the Oct. 1 meeting of the Wyoming County commissioners, commissioner candidate Rick Wilbur proposed an upward expansion of the existing facility as an alternative.

“It might be a viable possibility that a floor could be added,” said Wilbur.

“It’s unfeasible,” commissioner Tom Henry replied. “The first thing we did was to look at that.”

Wilbur related that he had spoken with Richard Fitzsimmons, one of the three county commissioners tasked with overseeing the construction of the current prison in the mid 1980s. Fitzsimmons served with Robert Barziloski and Harold Grow, both of who have since passed away. Wilbur was under the impression from his conversation with Fitzsimmons that the three commissioners selected a design that allowed for upwards expansion.

Henry had conceded at a Sept. 17 meeting that engineers from L.R. Kimball, put together plans for the a new jail in hopes that they would be awarded the contract.

Wilbur further expressed concerns that, if the same company that built the existing facility is doing the current feasibility study, “they’re going to opt for a new jail. They have ulterior motives.” Wilbur has routinely voiced opposition to the investment in and construction of a new prison.

“It’s an awesome idea if it could be done,” Henry remarked. “None of us wants to build a new jail.” Henry agreed to take another look at the original design with the contractors and to also make those blueprints accessible to Wilbur.

Lori Bennett, a public participant at the commissioner’s meeting, remarked, “I just think we need to get on top of the petty crimes a little quicker to prevent excessive jailing.”

Judge Russell Shurtleff, who was not present at the time of the discussion, has addressed the issue many times by suggesting that the prison in Tunkhannock wasn’t large enough when it was built. According to U.S. Census figures, the population of Wyoming County peaked in 1990 at 28,076. It is currently estimated at 27,046, a net loss of more than 100 residents.

Wyoming County public defender Timothy Michaels told the commissioners in August that 76 percent of the cases brought before the judge are misdemeanors, most of which could have been dealt with by district magistrates. Many of those incarcerated are jailed for violating rules – not laws – associated with their probation or parole assignments, such as not paying child support.

Fitzsimmons, who was reached by phone, acknowledged that debate over the construction of the current correctional facility was equally contentious, but he elected not to elaborate nor address immediate questions about whether or not the design allowed for expansion.

“We’re almost up to where we need to be,” Henry said of prison employment status. 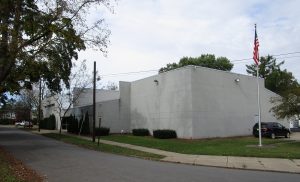