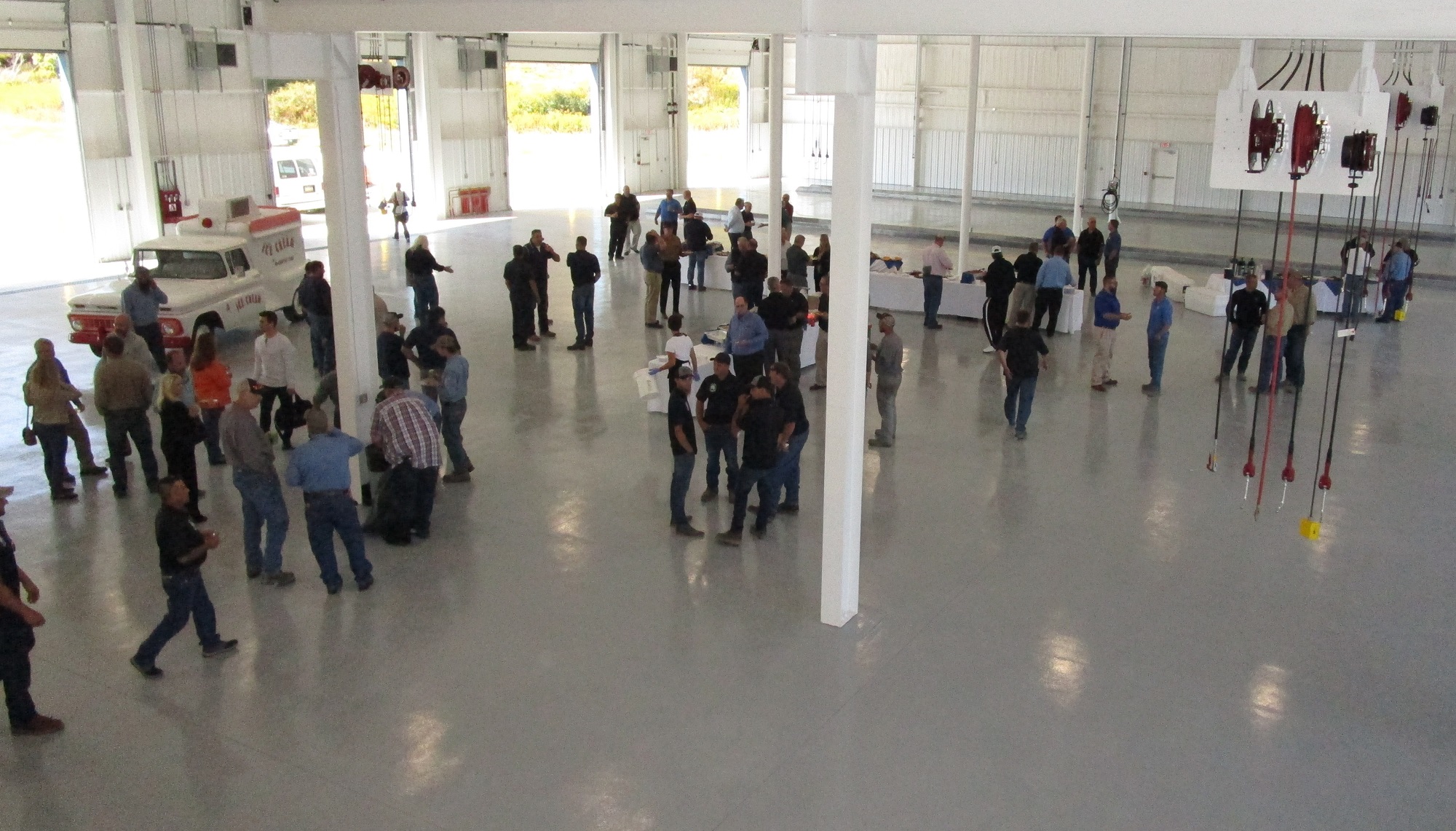 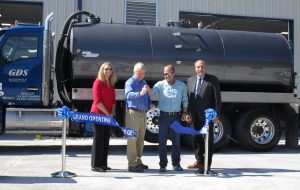 GDS is a wholly-owned subsidiary of Cabot Oil & Gas Corporation, providing water hauling services for both drilling and hydraulic fracturing of natural gas wells, in addition to other services. Prior to the opening of the new facility, scheduled for mid October, GDS has operated dispatch and maintenance facilities in Montrose and a maintenance facility in Kingsley from its headquarters in Dimock.

The Lenox facility will help GDS and Cabot more efficiently serve the eastern half of Susquehanna County, with little to no need for trucks to traverse and impact winding country roads to the west. Reducing the number of trucks on rural roads was an important part of the decision to invest in the new site, noted Phil Stalnaker, Cabot’s North Region vice president. The other benefit of the new location is its proximity to workers from Lackawanna and Luzerne counties via nearby Interstate 81.

Stalnaker and GDS operations manager Chad Gorman (below) related that hiring has been ramped up, with 30 more CDL drivers and maintenance personnel needed by the end of the year. With unemployment in Susquehanna County at near record lows, they noted, the need for workers from outside the county has increased. 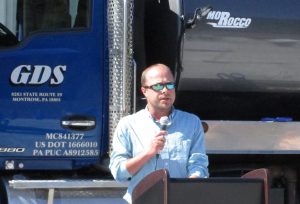 “There are more jobs than people,” Susquehanna County commissioner Alan Hall concurred, as he took his turn speaking to a large audience of energy industry colleagues, civic leaders and neighbors gathered in the noonday sun. “Cabot and GDS have made an investment in our community, and we are grateful for that.”

The long-term need for employees in the gas fields and in facilities such as this, Gorman explained, will continue due to both growth and natural attrition. With decades of operations yet ahead of them, Gorman related, both companies will lose employees to retirement and promotions. At peak capacity, there will be 100 employees at the Lenox facility alone.

That, said Northern Tier Industry & Education Consortium (NTIEC) executive director Shealynn Shave, is what makes continued support of and partnerships with the Susquehanna County Career and Technology Center and the Lackawanna College School of Petroleum & Natural Gas so crucial. “We will be able to build the skilled workforce that we will need in the future,” she stated.

With local businesses asking for more students to fill openings for skilled workers, the NTIEC is equally invested in those still enrolled in local schools, as well as young adults who are unhappy with the career paths on which they’ve started, Shave explained.

“For decades, we pushed the notion of ‘college for all,’” she remarked. “Now we’re learning that isn’t necessarily true.” The involvement with the NTIEC and the schools by the gas companies and their industry partners, Shave added, “shows that they are committed to staying and hiring our people.”

Gorman wrapped up the formal presentation by inviting people inside the building for a bite to eat and tours of the facility from any of the proud employees. 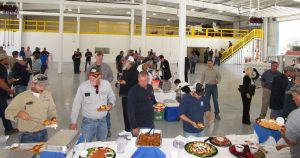 Adjacent to the five-bay garage are numerous offices, parts and break rooms, restrooms and showers, and a large dispatch center. “It’ll get packed in here between shifts,” GDS construction maintenance supervisor Ryan Holleran (below, left) told his tour group, which included several vendors and Susquehanna County Commissioner Betsy Arnold (below, right). Holleran is from Susquehanna County, as is about half of the GDS team. He currently runs the Montrose facility and is excited about helping to get operations underway in Lenox. 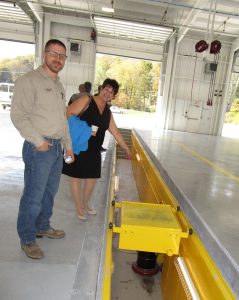 Among the other features of the new building that Holleran pointed out were LED lighting throughout, including motion sensors in many rooms; zoned, in-floor radiant heating; and recycled/waste oil burners as the primary heating source.

As Gorman has noted, GDS recycles 100 percent of its engine oil for heating in four of its five locations. He estimates that 12,000 gallons of oil was recycled over the past year and expects that amount to grow to 20,000 gallons in the coming year. 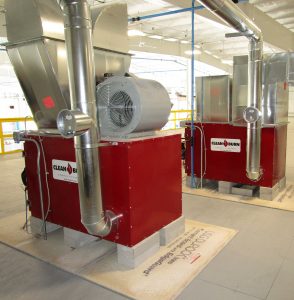 GDS currently has more than 200 vehicles on the road, including 67 water trucks, 70 pickup trucks, and 70 pieces of heavy equipment. Readers interested in jobs with GDS can click on the “career opportunities” tab at www.GasSearchDrilling.com.