‘Celebration of Recovery’ Held in Tunkhannock

By: Rick Hiduk
In: Recovery Options
With: 0 Comments 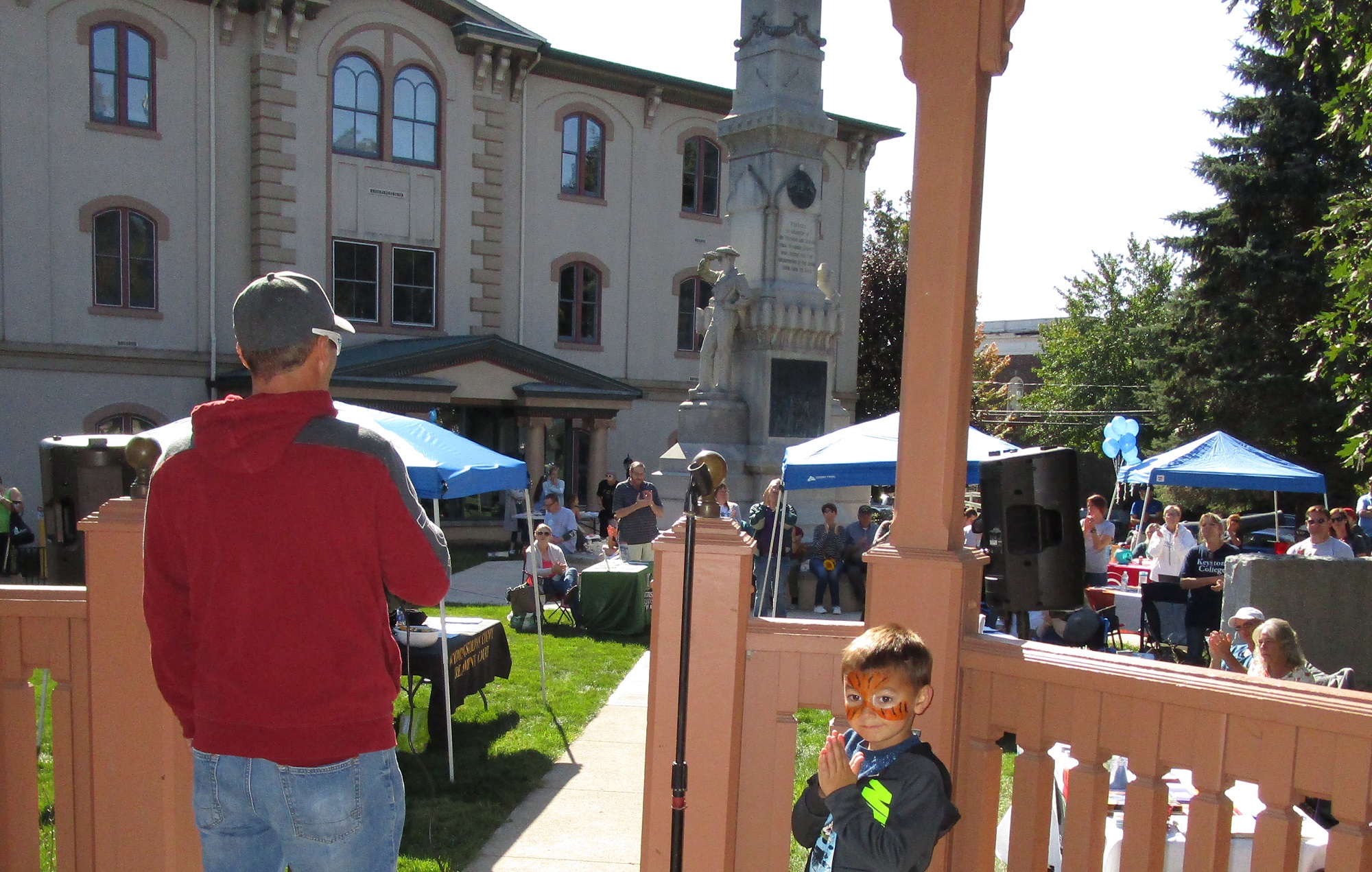 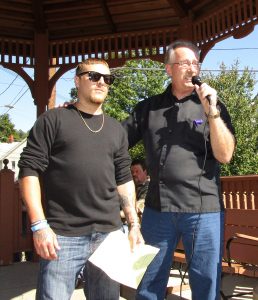 Family support is a strong component to recovery, and Jason Rought (top) had some pint-size backstage help during the Sept. 21 rally as he shared his story with the crowd. Above, Wyoming County human resources director Mike Donahue (right) introduces Roger Canfield to the audience.

National Recovery Month was celebrated in Wyoming County on Sept. 21 by scores of individuals who are conquering substance use disorders one day at a time and by representatives of the agencies that provide recovery resources for them. The Wyoming County HOPE Coalition, a committee of persons from diverse backgrounds with the common goal of linking people with recovery options, sponsored the event.

The day was sunny, and spirits were high, as county officials and recovery leaders were followed on the steps of the gazebo by several local residents in various stages of recovery who shared their intimate stories. While each tale was very different, the relevance of the overall themes was undeniable. 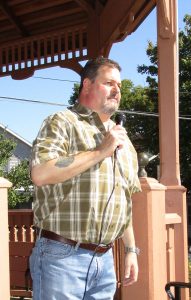 Scheller, the clinical director at Endless Mountains Extended Care, dedicated her story to her father, Stephen, whose substance use disorder she tried to ignore as a teenager because she “just wanted him to be OK.” Scheller (below) got herself through high school in his relative absence. When she visited him on a birthday that he forgot, she barely recognized him. 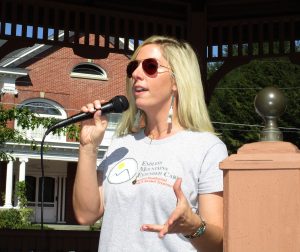 Stephen sought recovery with the full support of his daughter, and they opened the center on Lithia Valley Road together some 21 years later. Putting families back together, Scheller noted, is one of the most precious aspects of recovery to celebrate. 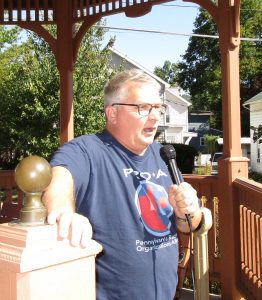 Stauffer (above), executive director of Pennsylvania Recovery Organizations Alliance and an adjunct professor at Misericordia University detailed the long journey to his success as an adult and of the progress in battling the social stigma of substance use disorder. “Just ten years ago, we could never have had an event like this,” he remarked.

Across the courthouse lawn, event participants ranging in age from babies to senior citizens mingled with like-minded people, collected literature from participating vendors and enjoyed a variety of food. Upbeat, celebratory pop, rock and country music floated across the courthouse lawn. A produce vendor appropriately marketed an array of fresh vegetables to a crowd committed to healthier choices. 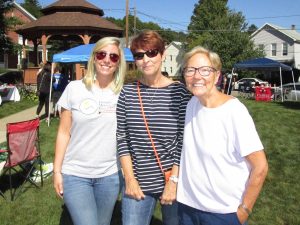 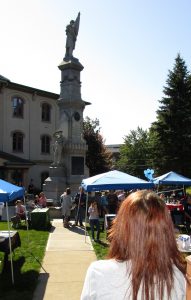 Amanda Bell speaks to the crowd. 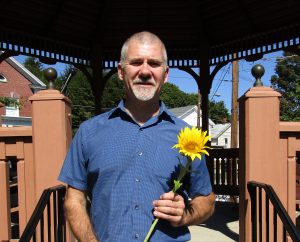 Rick Hiduk, holding one of the many sunflowers presented to participants, provided sound and music for the celebration. 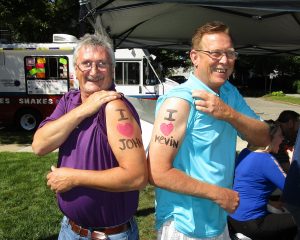 Local drug and alcohol counselors Kevin and John express their admiration for each other with temporary tattoos. 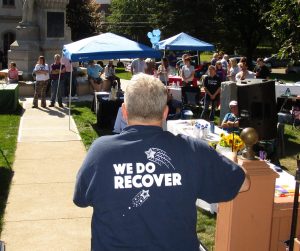 The reverse of Bill Stauffer’s T-shirt says it all!