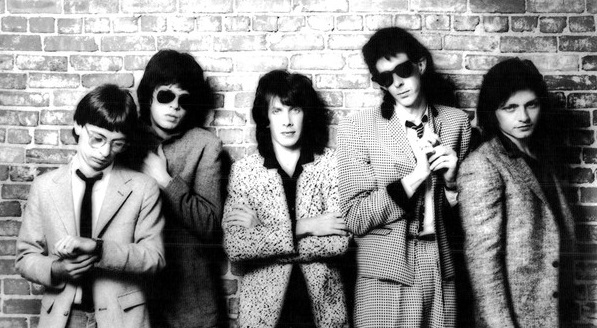 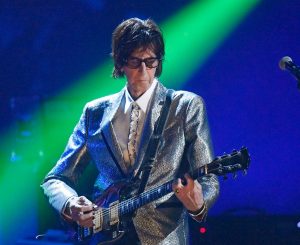 The rock band The Cars came along at a time when “disco backlash” was reaching its zenith. In addition to their outward appearance, which was everything that disco wasn’t, they rocked hard without a syncopated rhythm. That’s not to say that they didn’t lay down irresistible beats under their guitar rifts, which were part rockabilly revival and not so dissimilar to those of their contemporaries.

The Cars were decidedly New Wave, while not being as “out there” as Devo, the B-52s and Talking Heads. You could dance to them, party, make out, or pop in their cassette and take them on a road trip.

I probably first heard a Cars song on Casey Kasum’s American Top 40 in the fall of 1978 when “Just What I Needed” and “My Best Friends Girl” made fleeting appearances within a few weeks of each other. I was also starting to listen to Rock 107 (WEZX Scranton) with more frequency, where the Cars were ripping up the airwaves. I quickly bought “The Cars” debut lp and the “Candy-O” and disappeared into my bedroom, not to be seen for weeks.

“Panorama” came out after I started college, and it became a staple of my Penn State/Wilkes-Barre college radio show on WPSU, when it was hard for me to get ahold of my esoteric alternative music because record companies didn’t a lot us low-watt stations many demos.

The apex of my fandom came in 1981 when I dropped the ‘k’ from the end of my first name in honor of Cars’ lead singer Ric Ocasek. I had a T-shirt made with my newly modified name on the reverse. My father saw it and said “What the hell happened to the ‘k’?!” My stepmother responded, “That’s the queer way to spell it.” (That bitch always had such a way with words.) I eventually put the “k” back on my name, but a number of people met me then and still spell it that way.

The Cars became the darlings of MTV with the release of “Shake It Up.” But there was something about the song that I didn’t like. It almost seemed that the track was a caricature of their music that had preceded it. There were certainly gems on both the “Shake It Up” and “Heartbreak City” albums, but “You Might Think” also gave me cause for concern. Would The Cars, like so many great bands that got their start in the 1970s water themselves down with overt commercialism?

Nonetheless, I managed to pick some favorites off each new album and did my best to like the solo efforts by Ric Ocasek and Benjamin Orr, though I also feared that their “projects” would bring the band to an end. During this stretch, Ocasek’s “Emotion in Motion,” Orr’s “Stay the Night” and The Cars’ “Drive” burned their way into my collective memory. I loved “Touch And Go,” with it’s spaghetti-western guitar, even though my DJ friend Nancy Faye thought it was the worst song they ever did.

To this day, I know that “Best Friend’s Girl,” “Just What I Needed” and “Good Times Roll” will get toes tapping and generate some requests from audiences for who I am DJing in bars and at parties. They are truly among the rock classics of all time and literally define that era for many people.

The Cars were an extremely difficult band to measure by their chart success, however, because they were a true ‘album rock’ band. We listened to their lps from beginning to end, pausing our lives to flip the disc and then listen to the other side in its entirety. Many of their cuts also segued, creating medleys. The thought of putting the tracks on “random,” as we can do so easily today, would have been a sacrilege. That said, the lists that follow adhere first to Billboard Magazine’s references to The Cars’ greatest hits based on their single or track performance on various charts.

So. What was The Cars’ biggest hit?

The group’s fifth studio album, “Heartbreak City,” produced five Top 40 hits, including the bands’ biggest pop hit, “Drive,” a ballad that reached #3 on the Billboard Hot 100 and hit #1 on the magazine’s Mainstream Rock Chart. It also hit #1 on the Adult Contemporary chart, giving the song the greatest crossover appeal and therefore making it their biggest hit.

Billboard did not have a rock chart prior to 1981, so the undoubted success of many of their early album tracks and the higher positions that would have been logged by singles that had meager chartings on the Hot 100 make it nearly impossible to guess as to what might follow as The Car’s other Top 5 biggest hits of all time. I’ll go out on a limb and suggest #2 You Might Think; #3 Shake it Up; #4 Just What I Needed, and #5 My Best Friend’s Girl. (In the UK, My Best Friend’s Girl was The Cars biggest hit, followed by Drive.)

Biggest Mainstream Rock Hits (from 1981 on)

I find that listing my favorite Cars songs is even more difficult than my attempt to rate Tom Petty’s music. But I relistened to dozens of tracks today as I composed this story. This is my best attempt. Your experiences probably vary: