Day of Bluegrass Returning to Wyalusing

By: Rick Hiduk
In: bluegrass music
With: 0 Comments 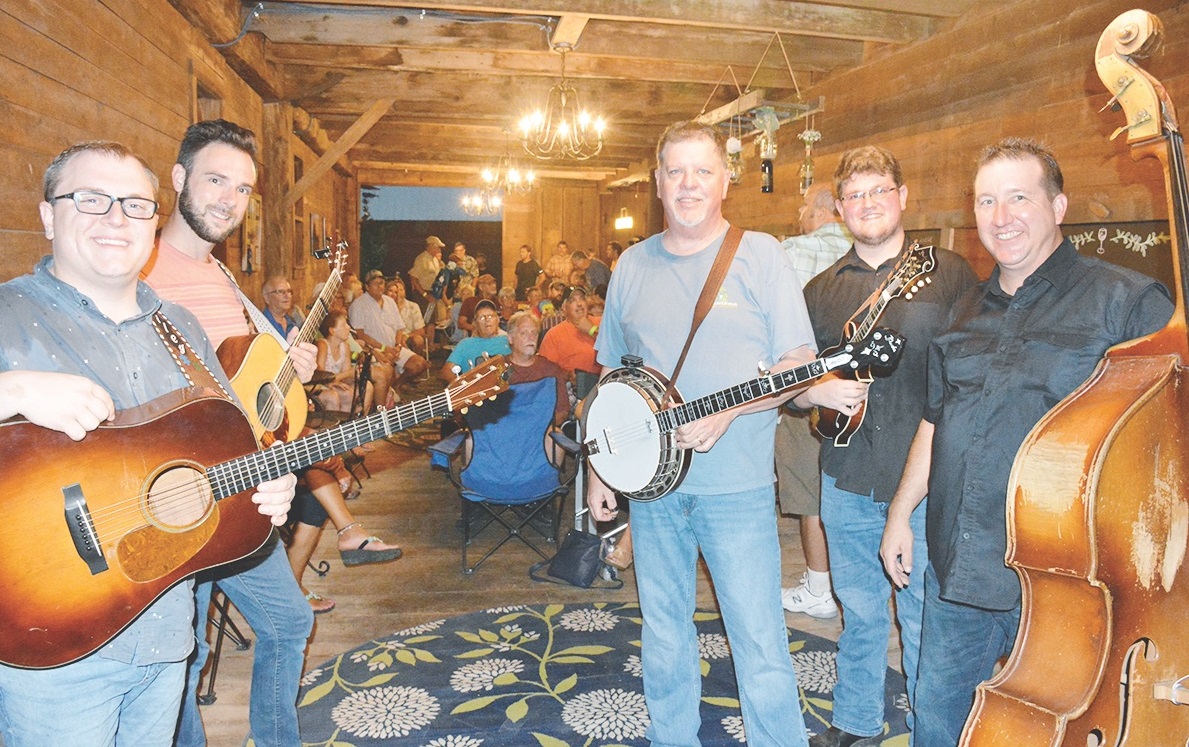 North Carolina-based Sideline will have top billing at the Greater Wyalusing Chamber of Commerce’s A Day of Bluegrass on Saturday, Sept. 21, at Grovedale Winery with performances at 4 and 8 pm.

The Greater Wyalusing Chamber of Commerce (GWCC) is bringing bluegrass music back to Wyalusing with an impressive list of talented performers set to take the stage on Saturday, Sept. 21, from noon to 10 pm at Grovedale Winery.

Headlining this year’s show for the second straight year is Sideline, a North Carolina-based six-piece band described as a powerhouse whose style has set the pace in bluegrass for over two decades. This band will perform at 4 pm and again at 8 pm.

Sideline is pictured (above) during last year’s Day of Bluegrass when the threat of thunderstorms forced the concert to move indoors and bands played memorable acoustic sets without using mics or sound systems.

Back again this year will be Friday night’s “Pickin’ By the Firepit,” which gets underway at 6 pm. Bring your instrument and join in. Admission is included with the purchase of a ticket to Saturday’s show.

Other bands performing include:

Texas Rose Band: This talented band began more than 10 years ago as a duo – Sandi Marola singing, yodeling, and playing guitar, and sister Ginger Evans on bass and singing harmony. Now a five-piece band performing an interesting blend of old-time folk, western, and bluegrass, Texas Rose has shared this Americana-style music in PA and NJ, with Marie Elena Gottshal on fiddle, Jeff Kreamer on bass and dobro, and Kevin Justice on mandolin. They will perform at 1 pm and 6 pm.

Mama Corn: Central Pennsylvania’s premier bluegrass band. This charismatic quartet runs the gamut of song and style and can please any crowd. This group shares a love for acoustic, bluegrass, and Appalachian folk music. The band will perform twice, first from 3 to 4 pm and again at 7 pm.

HillBilly Gypsies: Best known for their high-energy live performances, a crowd favorite at major festivals, fairs and concert venues across the mid-Atlantic region and abroad. They perform in the old-fashioned style, playing around a single vintage ribbon microphone. This “Old Timey” approach adds an authentic high-energy barn party atmosphere to their show. Watching the whole band work around the mic is like taking a trip back in time. It’ll sure make you want to get up and dance. They will perform at 3 pm and then close out the show Saturday night performing from 9 to 10 pm.

The concert schedule is as follows:

RV and tent camping is available at $10 per night (dry camping). First come, first served. Sites will be available Friday, beginning at 11am. Reserve your spot by calling Grovedale Winery at 570-746-1400. The Wyalusing Hotel is offering a special bluegrass rate for concert goers who prefer hotel accommodations. Call 570-746-1204 to reserve a room.

No coolers can be brought onto the concert grounds, and all alcohol must be purchased onsite. A full list of vendors will be published in an upcoming issue of the Rocket-Courier.

A Day of Bluegrass is sponsored by the Greater Wyalusing Chamber of Commerce and supported in part by the PA Council on the Arts, a state agency funded by the Commonwealth of PA and the National Endowment for the Arts, a federal agency. The show’s entertainment is booked and promoted by Danny Stewart’s Productions, LLC.

Tickets are $25 and can be purchased at the show. Kids 15 and under are admitted free when an adult ticket is purchased.