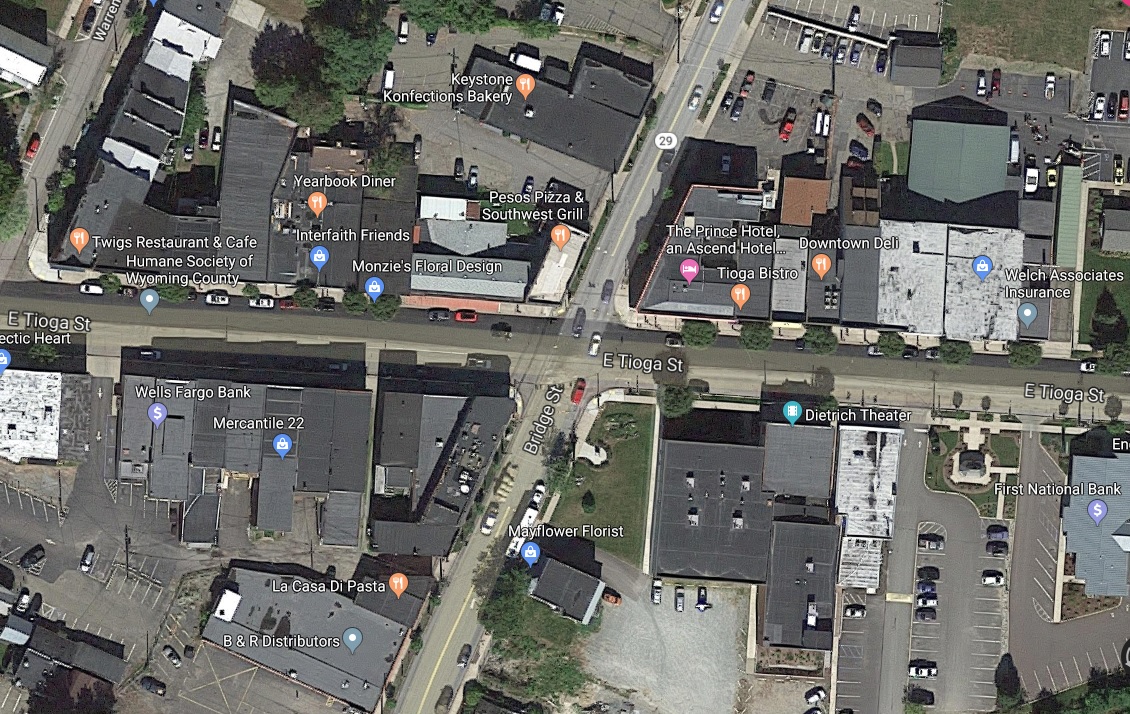 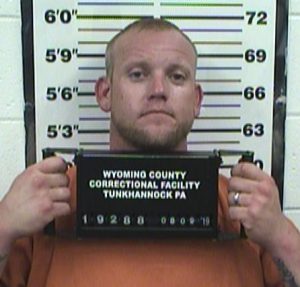 A Texas man upon whom police from multiple departments descended on Aug. 9 because they thought he was involved in a carjacking has had more offenses levied against him that are more in line with the original police call. Thomas Aaron Crawford, who was found to be wanted in Texas for aggravated sexual assault of a child, as well as trafficking of minors, remains incarcerated. He now faces charges for making terroristic threats, hazardous disorderly conduct of a physical nature, public drunkenness, and physical harassment.

Crawford and his wife had been at a downtown Tunkhannock bar prior to leaving for their Eastwoods Lane residence, according to bar employees, in a silver Honda Civic. Traveling eastbound on Tioga Street was another car driven by a woman who had just left work at the west end of town. According to the driver, Crawford was wandering on the street, looking into other vehicles as he approached her car. She suspected that he was intoxicated. He pounded on the vehicle’s window with his fist and made threats of a physical and anti-gay nature.

When police arrived at the home of the couple, Crawford asked, unprompted, “Is this about the car at the light?” He told police that he had left the bar on foot and started walking home when the aforementioned woman gave him the finger. Crawford used an anti-gay slur in his reference to the woman, whom he said that he yelled profanities at before punching her window.

Crawford’s wife told police that they had returned home in the Civic, Crawford yelling at her and tossing her belongings out the window as she drove. She further explained that Crawford beat her upon arriving at the house, accusing her of flirting with their bartender in Tunkhannock and other actions which his wife related had no basis in fact. He had started the argument as they left the bar. She disclosed to another officer that Crawford had sexually forced himself upon her that morning against her will.

While detaining and interviewing Crawford outside the home, a 911 dispatcher told police that there were outstanding warrants for Crawford in the state of Texas pertaining to the aforementioned child assault and trafficking charges.

Crawford was immediately remanded to the Wyoming County Correctional Facility in Tunkhannock for the alleged sexual assault and more obvious physical assault of his wife. In her written statement, the female driver of the car that Crawford approached at the traffic light in Tunkhannock indicated that she did not give the assailant “the finger.” The new charges associated with that verbal exchange were filed by Tunkhannock Borough patrolman Donald Hornlein on Aug. 20, and Crawford was scheduled for another preliminary hearing on Aug. 29.

(To read more about the initial arrest, click here: http://www.endlessmtnlifestyles.com/?p=14281 )