By: Rick Hiduk
In: Wyoming County Fair
With: 1 Comment 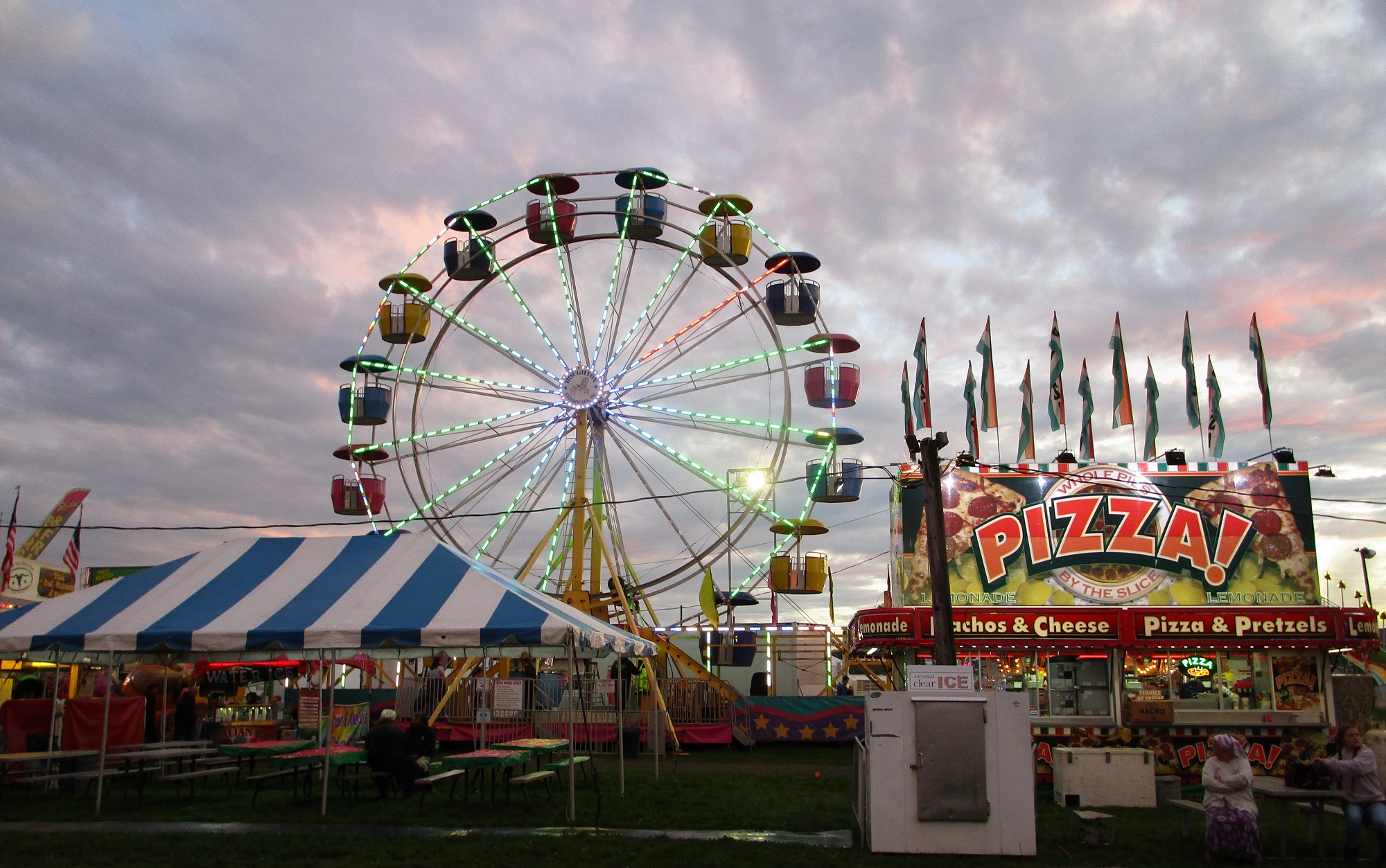 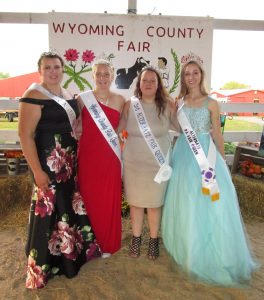 There was room to spare at the Wyoming County Fair after a round of afternoon showers, but the sun will come out tomorrow. The rain pulled away in time for a number of activities to take place, including the crowning of the new Wyoming County Fair Queen Paige Zone (second from right), accompanied here by (from left) first alternate Emma Loch, third alternate Riley Campbell, and 2018 fair queen and state alternate queen Madison Sickler. 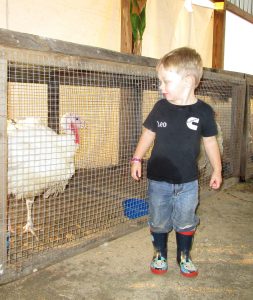 A chatty turkey has a few words with Leo Stueck of Dushore. 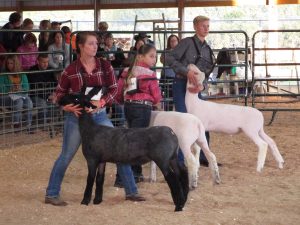 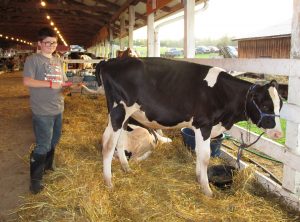 Riley Ludwig of Rome grooms a cow for showing. 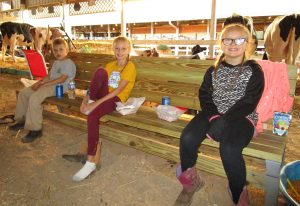 Relaxing as the sun returns just in time to set on the fairgrounds are (from left) Cullen, Alora, and Kiah Sprout of Montrose. 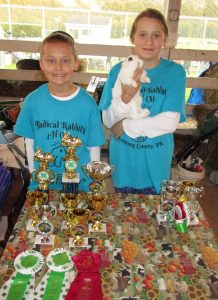 The Traver and Wray families did quite well with the 25 rabbits they entered in the fair. Colton Traver and Taylor Wray (holding Sugar) show off some of their awards. 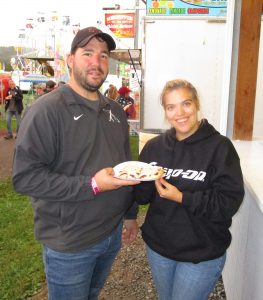 About to enjoy some Triton pizza are Virgil Root (left) and Erin Shedlock of Meshoppen. 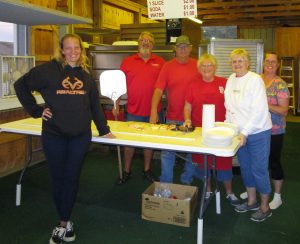 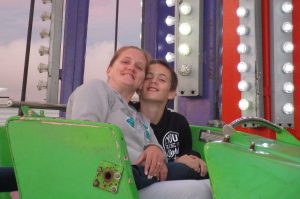 Enjoying the rides together are Crystal Miller and her son, Danie Browning Jr. 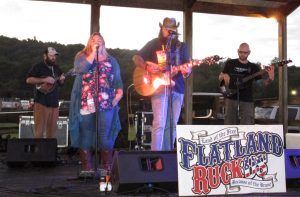 Country band Flatland Ruckus drew a nice crowd as the clouds moved away. 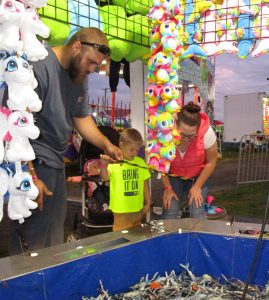 Ben Drake and his father, Nick, try to snag a shark, while mom, Taylor, looks on and sister, Harper, waits patiently in the stroller. 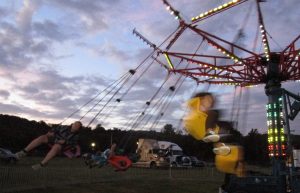 The world is a happy blur when you ride the flying swings. 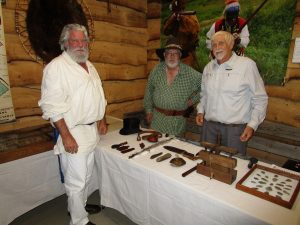 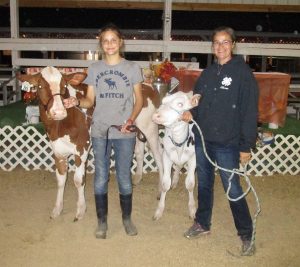 Charley (left) and Ashley Quick of Tunkhannock work with two spring dairy calves to get them used to the arena. 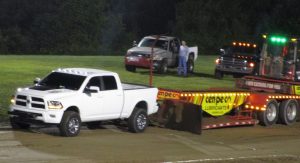 Dustin Brown takes his turn in the diesel truck pull. 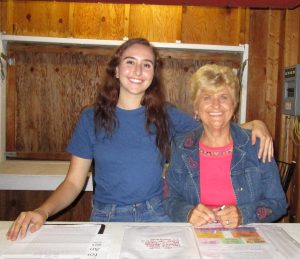 Ticket takers Emily Drazba (left) and Carol Williams look forward to greeting even more of you on Thursday night. 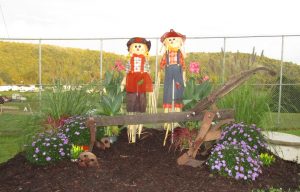 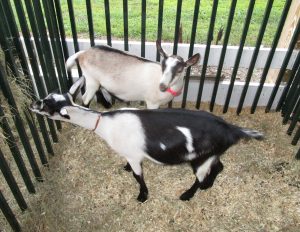