Rep. Keller Gets Crash Course in Education for Gas Workers

By: Rick Hiduk
In: natural gas jobs
With: 0 Comments 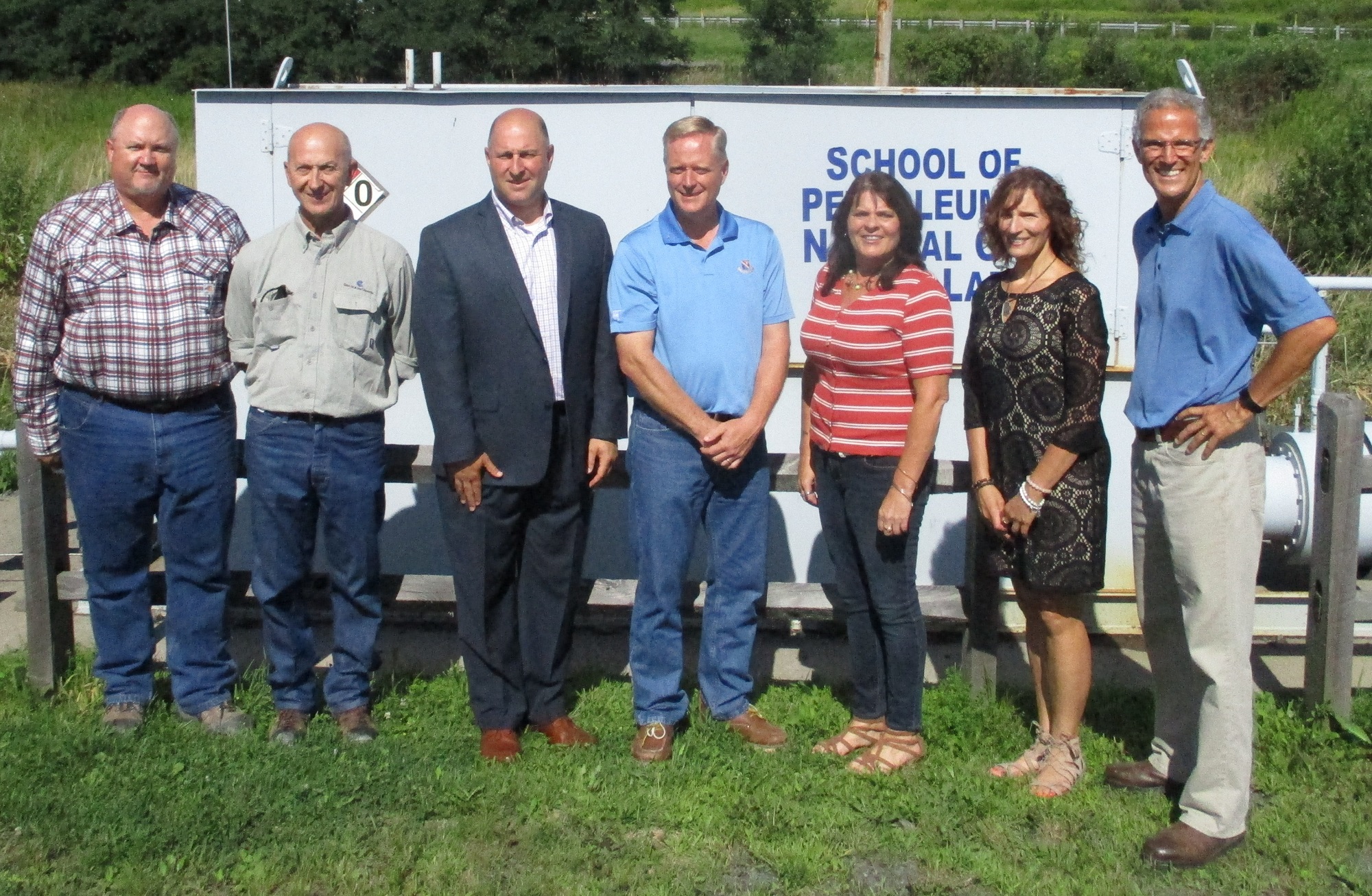 Pausing between legs of an energy-themed tour in Susquehanna County on Monday are (from left) Gary Hlavinka and Steve Novakowski of Cabot Oil & Gas, Brian Costanza of Lackawanna College, Rep. Fred Keller, Sue Gumble and Marianne Orlandini of the School of Petroleum & Natural Gas, and George Stark of Cabot.

When Fred Keller successfully defeated his Democratic rival in a special election in May to replace the resigning Tom Marino as the representative of Pennsylvania’s 12th District, he essentially inherited one of the most gas-rich regions in the state, if not the nation. On Monday, he toured facilities in Susquehanna County, inarguably the most prolific gas producer in the Commonwealth.

In the course of visiting active gas sites, a school dedicated to producing employees to meet its immediate and long-term needs, and a business that blossomed as a result of the economic prosperity gas has brought to the county, Rep. Keller got a better sense of how the industry reshapes the land and codifies its people.

As his tour wound down, Keller made references to the “partnerships” he saw along the way that are designed to ensure that those in Susquehanna County continue to reap the benefits, weather the downturns, and keep a tight grip on their good fortune. Keller also resolved to fight Gov. Tom Wolf’s proposed gas severance tax and efforts to do away with fossil fuels.

“It’s hard to find another congressional district that produces this much energy,” said George Stark, external affairs director at Cabot Oil & Gas Corp., which coordinated Keller’s latest sweep of the Northern Tier. By taking Keller from a drilling site and producing gas pad to the Lackawanna College School of Petroleum & Natural Gas, Stark related, the congressman was able to see the curriculum at the school modified to match the available jobs “and the notion that graduating students will gain education and employment in the area – as seamlessly as possible.” 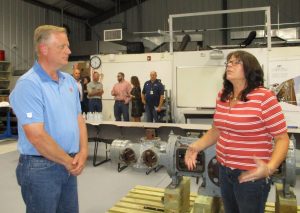 As LC School of PNG tech degree manager and instructor Sue Gumble (above, right) showed Keller around classrooms that will soon be full again with students seeking employment in the gas fields, Keller noted that what the school is offering might be the most affordable education available. He was impressed to learn how quickly the program can lead the most aggressive students to jobs with family-sustaining wages.

At a cost of just $15,000 per year, Gumble concurred, more than a few students have been able to erase their student debt in the course of their internships. In large part, she added, that is made possible by the support of local companies like Cabot, Southwestern Energy, and DTE Energy, which make material donations to the school to keep down costs and provide the bulk of the internships and employment.

Brian Costanza, LC’s vice president for college advancement, noted that enhanced duel enrollment programs are bringing students out of high school with 12 to 18 credits under their belts. The curriculum at the School of LNG has evolved as well, providing more certifications along the way in specialized fields such as compression and corrosion.

“Those are the 50-year jobs,” Stark commented, in reference to the long-term needs for such specialists. “And they can start at $50,000 per year.”

LC School of PNG administrators expect to have about 50 students enrolled simultaneously in the two-year program, and they have room for more. “We do not have enough students to fill the positions,” Gumble told Keller. “That’s how many jobs there are.”

The facility can accommodate up to 70 students “comfortably,” said Costanza. That ensures plenty of space for lab groups of eight students each to get their hands on equipment and training materials.

“You want them to see what they will be using out in the field,” Gumble explained. The school collaborates continuously with the energy companies to ensure that their technologies correspond to the rapidly involving techniques for extraction and transportation of natural gas.

The internships are a two-way street, Stark explained. “We tell the students, ‘we’re giving you a chance to kick our tires while we’re testing yours,’” he related, adding that between 80 and 90 percent of the students move directly into employment with the company that gave them the internships.

Lackawanna College is also putting more of the basic courses on line – another way to give incoming students a head start. On Wednesday, Aug. 28, administrators and staff of the School of PNG will be on hand for a “welcome back” and “express enrollment” event from noon to 2 pm.

After visiting the school, Keller was taken across Interstate 81 to an 80-acre site owned by RHL Industries that is being cleared to attract light manufacturing businesses to the county. RHL and owner Robert Heed currently operate a retail mulching outfit on the site, one of many businesses that have resulted indirectly from the success of the gas industry in the area.

Rep. Keller’s impression of the manner in which such companies and the school have grown together confirmed his notion that the state should continue to support initiatives that help local entities and municipalities help themselves. He believes strongly in keeping the impact fees flowing back to the communities that are being impacted.

“Let these people who own these businesses use the money as they see fit,” Keller stated. Any efforts by government to hinder the production of fossil fuels, he added, would cause unnecesary hardships on the region.

School of PNG center coordinator Marianne Orlandini expressed her gratitude for the congressman’s support of their operations and for his “willingness to take the time to stop in and learn about the program and the benefits that it provides for the students.” 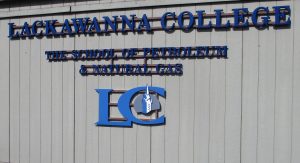