Celebrating a Saturday on the Susquehanna at Falls

By: Rick Hiduk
In: Falls
With: 0 Comments 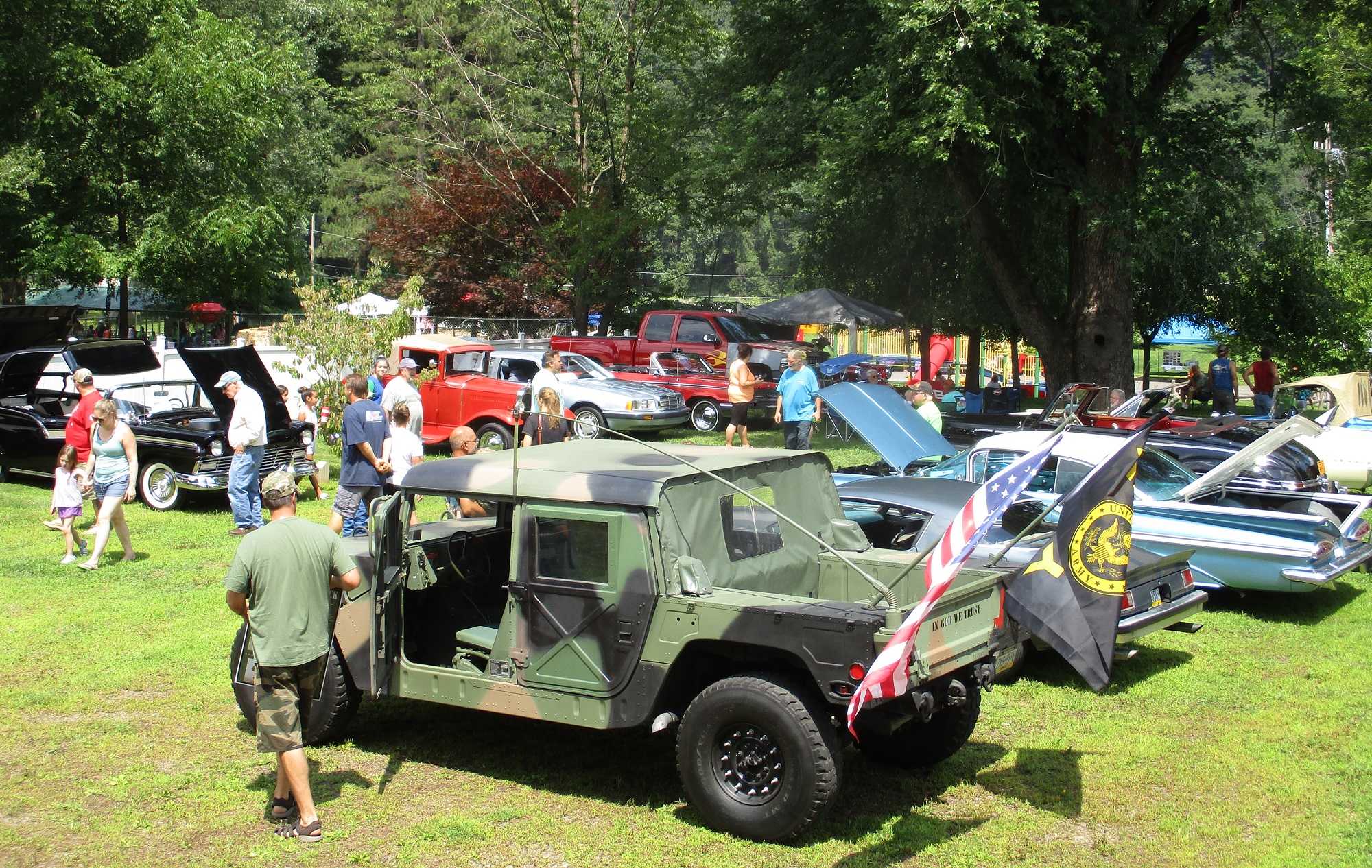 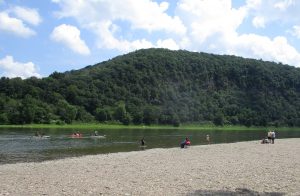 Classic vehicles of all sorts were still filing into George Hock Memorial Park (top) in West Falls, Exeter Township at 1:30 for a car show that was just one of many things to see and do as part of the Falls Summer Celebration on Saturday. Many people also took to the river on kayaks and fishing boats or just in their swim suits as temperatures soared into the upper 80s. 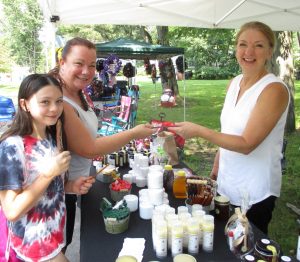 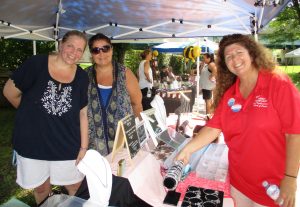 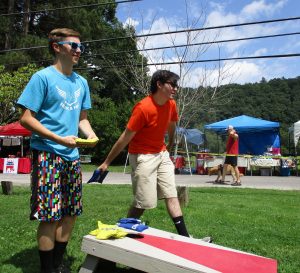 Getting in a few rounds of cornhole are David Bulford (left) of Pittston and Greg Matyjevich of Scranton. 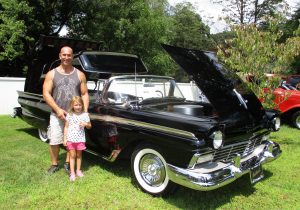 Dave Stokes and daughter Jael of Trucksville were admiring a 1957 Fairlane 500 owned by John Tomasovitch (not pictured) of Throop. 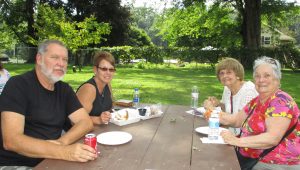 Enjoying some shade and a bite to eat are (from left) Ronald and Annette Riecke of Tunkhannock, Nancy McKinney of Mill City and Norma Talbot of Falls. 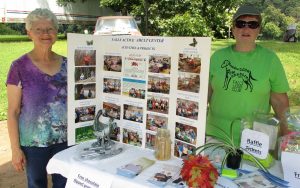 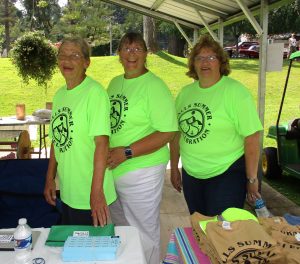 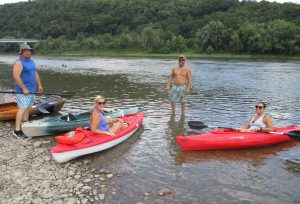 Setting out in their kayaks on Saturday were (from left) Mike Wink, Bob and Jamie Kintz, and Marissa Remus, all from Harding. 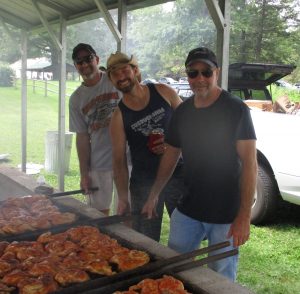 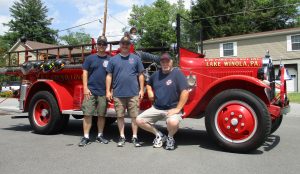 The Lake Winola Fire Department was conducting an open house during the River Festival, as well as demonstrating how to extricate a victim trapped in a vehicle and showing children through a smoky trailer. Members Ron White (left), Mike Dziak (center) and Nate Evans take a break with their vintage hook and ladder truck before the activities begin. 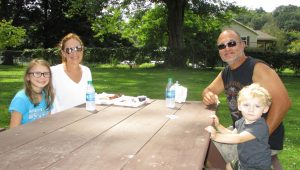 Enjoying lunch in the park were (from left) Hailey Elliott, Stephanie LaFave, Louis Mancuso, and Jacob Elliott of Old Forge. 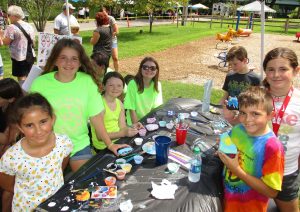 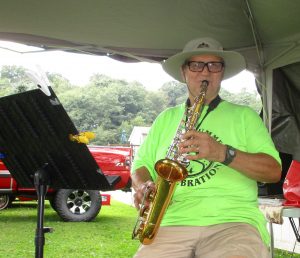 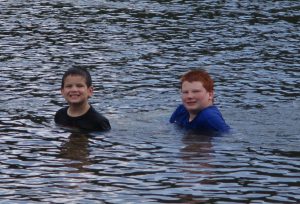 Beating the heat with a dip in the Susquehanna River were Hunter (left) and Logan Aiken of Tunkhannock. 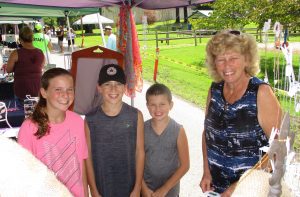 Checking out the wares offered by Unbeadeavably Charming are (from left) Aliyah, Elijah, Reiley and Lori Faux of Centermoreland. 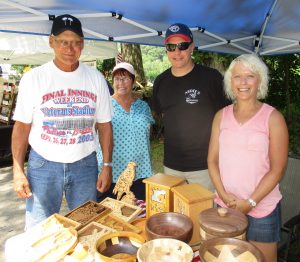 Frank Gudman and Connie Roache (left) were checking out unique woodwork made by Joe Winsock (not pictured) while his son-in-law and daughter John and Norine Lukasavage manned the booth. 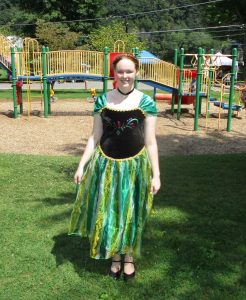 Keeping a watchful eye on the playground at George Hock Park was Princess Anna of “Frozen” fame, aka Erib McLaughlin of Sweet Valley. Her aunt and Lions Club member Karen Smith (not pictured) invited her to participate. 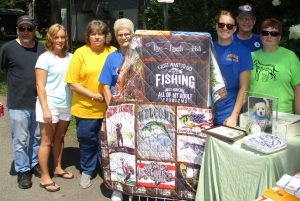 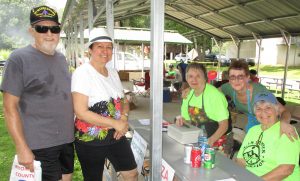 Placing their orders at at the Falls Summer Celebration Committee tent are Richard and Marian Dombroski of Tunkhannock (left). Taking orders are (continuing from left) Nancy Hopkins, Sharon Thorpe, and Pudgy Raymond. 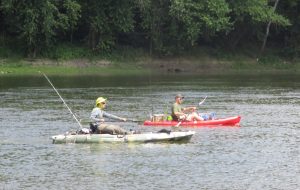