By: Rick Hiduk
In: dairy farming
With: 0 Comments 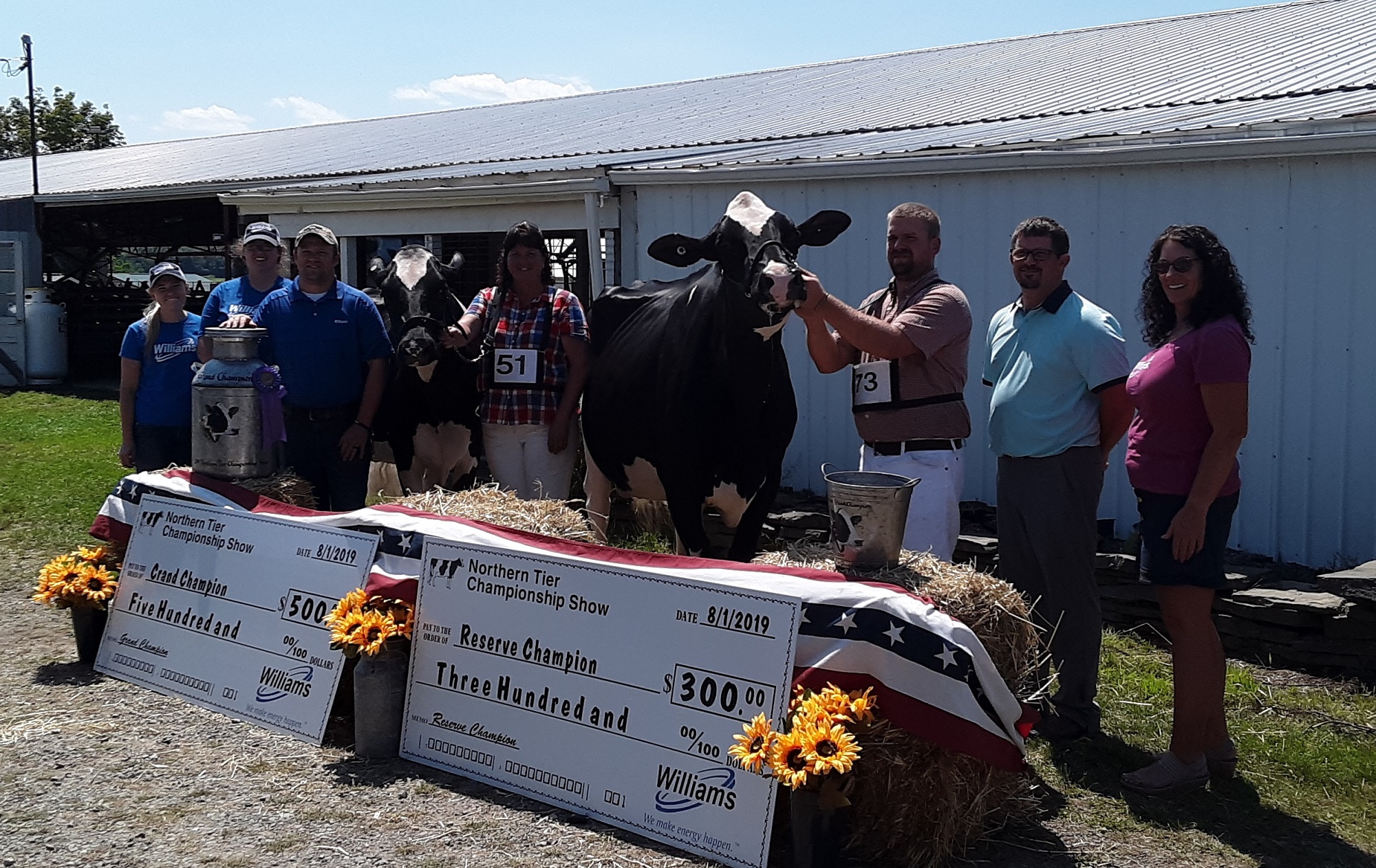 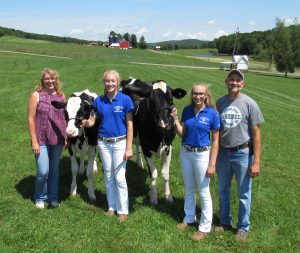 The fairgrounds at Harford were abuzz with activity last Thursday. As might be expected, there were a number of workers sprucing up landscape beds and making minor structural repairs in advance of opening night of the 2019 Harford Fair. But something else was afoot, or a-hoof, as it were. The livestock barn was already full of cattle more than two weeks early, and calls for handlers to bring their cows into the arena were echoing through the stalls.

The excitement was generated by the Northern Tier Championship Show, one of six regional Holstein competitions sandwiched between spring and fall statewide shows in Harrisburg. On Aug. 1, it put a number of Susquehanna County farms in the spotlight with top finishes in all of the major categories. According to Peggy Empet of Empet Farms in Kingsley, the event gave many young exhibitors, including her grandchildren, a practice run at the 4-H Dairy Roundup planned for Aug. 4 at the fairgrounds.

In addition to funding, four employees from Williams pitched in to prepare lunch and do whatever else they could to lend a hand during the well-organized show. The participation and sponsorship was especially meaningful for Williams’ environmental compliance specialist Chad Johnson. He had applied to the company for a Homegrown Grant as a fitting measure of support for the rural communities in which he works.

“I grew up on a dairy farm in Lackawanna County, so events like this are near and dear to me,” Johnson related. “When I applied for the grant, I never imagined the amount of support that Williams would commit to helping with this show.” Though Chad never showed livestock, his brothers, Ethan and Adam Johnson are experienced handlers representing Amasa Hill Farms of Fleetville and were among the adults who led cows past the judge and spectators.

Ken Raney, executive director of the State College-based Pennsylvania Holstein Association provided opening remarks and welcomed the crowd. Donovan Hollinsgworth, owner of a 600-cow farm in Denton, MD and an engineer at Alta Genetics, served as the judge. In between tapping the rump of the winning bovines and shaking the hands of their exhibitors, Hollingsworth provided detailed explanations of what he was looking for in each breed and age-level of Holstein presented to him. Handlers, especially the youths, were as well-groomed as each of the cows that were shown.

“My favorite part of the event is knowing that each participant put so much time and effort into grooming and caring for their Holstein,” said Tammy Bonnice, community outreach assistant for Williams, who noted that many Williams employees grew up on local farms. Among them are Tera Hoyt and Megan Oliver, who also assisted with the Holstein Show.

“It was fun watching the youth participate,” Oliver remarked, adding that it brought back fond memories of her days exhibiting livestock. “It’s great to see that there are still so many kids showing.”

“You learn so much from working with your animals,” said Hoyt, who showed cows with the 4-H from the age of 10 to 18. “It meant a lot to me that my company sponsored an event like this. Watching the event took me back to my show days and reminded me of the lifelong friendships I made and the respect I have for animals and the dairy industry.”

“The Pennsylvania Holstein Association teaches our youths so much more than just showing cows,” Bonnice concurred.

Raney acknowledged Williams’ support on behalf of the state organization and local participants. “Their monetary sponsorship helped encourage participation by our members in the show,” Raney stated, citing the interaction of Williams employees with the exhibitors and the lunch as an added benefit. “It was something we did not expect but greatly appreciated. It was the ‘capper’ to a great event for our members and the Association.” A full list of winners will be posted online at www.paholsteins.com.

In addition to the 4-H Roundup that was held on Saturday, many of the participants and cattle that were at the Northern Tier Championship Show will be seen again at the Harford Fair, which begins on Monday, Aug. 19. 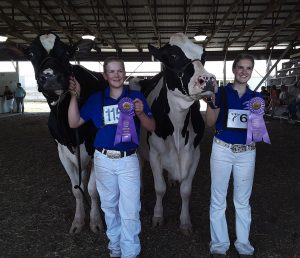 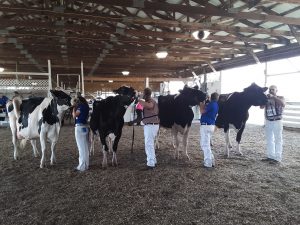 A quartet of milking cows are brought before the judge at the Northern Tier Championship Show held at the Harford Fairgrounds on Aug. 1. 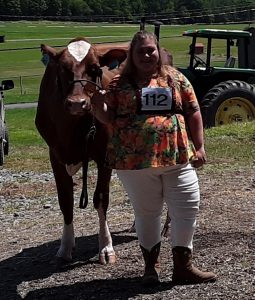