Berries Are ‘Ripe for the Picking’ at Hilltop Farm 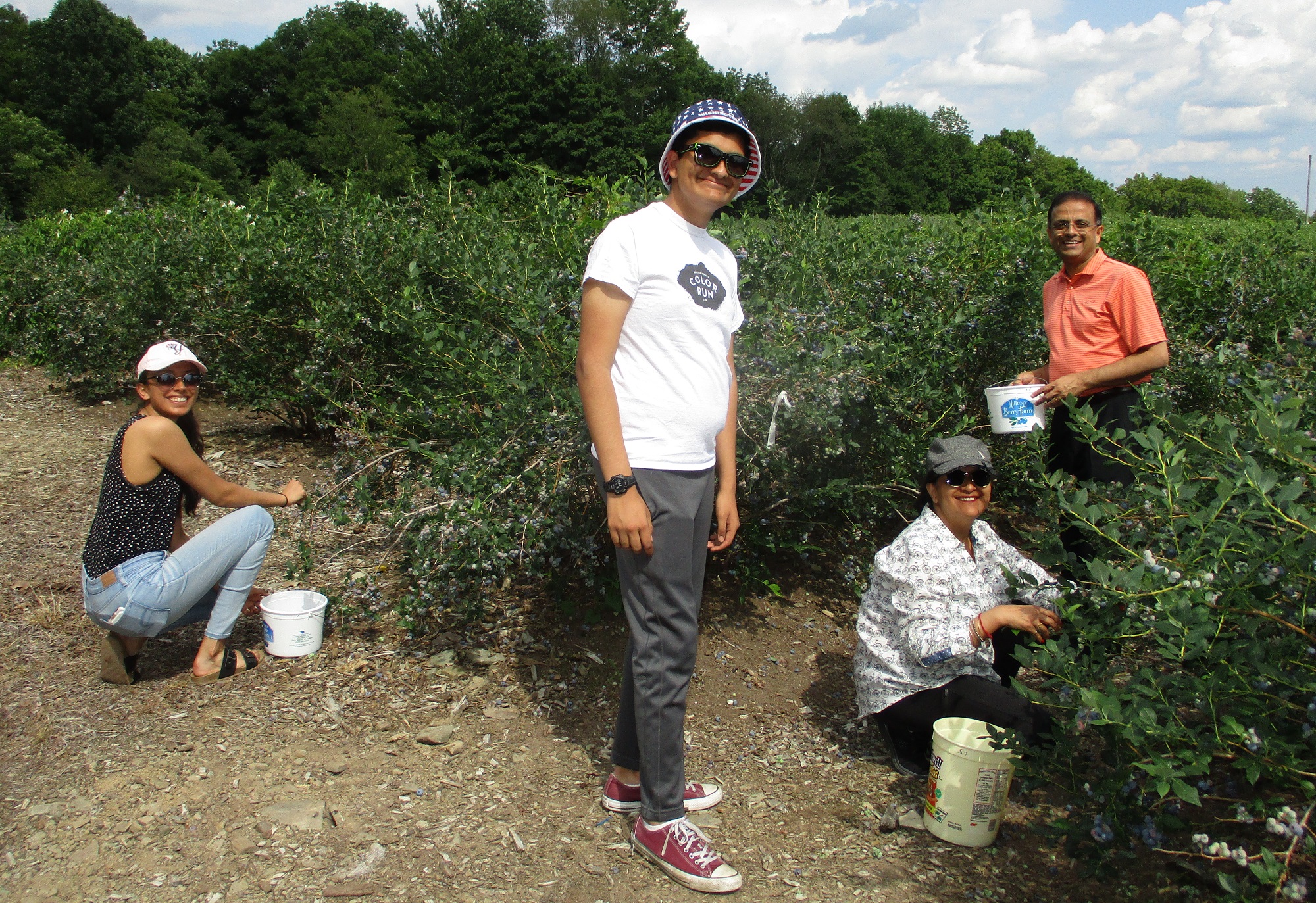 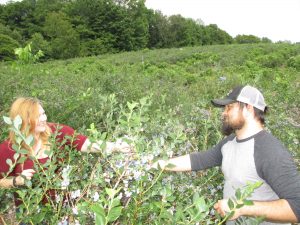 Hilltop Berry Farm draws local pickers and from outside the county. The Pancholys, (top, from left) Pari, Manam, Dipti and Samir drove in from Clarks Summit. While it was the first time at Hilltop Berry Farm for Steffen Jett (above, right), his girlfriend, Natasha Kickerbocker (left), had been coming there with family for many years.

Howard and Barbara Osborne purchased 54 acres of land in New Milford Township 70 years ago and started planting blueberry bushes in 1952. By 1958, they had finished planting the first of the two large fields that would eventually become Hilltop Farm & Nursery. Over time, the “U-pick” berry patches have become a destination for maintaining a family tradition of harvesting berries together.

“We’d make it a huge family deal,” said Natasha Knickerbocker of Binghamton, recalling many visits to the farm with her mother, grandmother and siblings. “We’d run through the fields while they picked, and we probably ate more than we picked.”

On Saturday, she took her boyfriend, Steffen Jett, with her for the first time. They were continuing the family tradition, Natasha explained, as she nibbled some berries and related that they are expecting a baby. The rest of the berries that day were earmarked for jam and pancake syrup.

Kristin Longacre of Hallstead (below, right) said that she’s been picking berries at Hilltop since her daughter Rebekah (left), now 18, was a born. They enjoy the proximity of the farm to their home and like to use the berries on oatmeal and baked into coffee cakes and muffins. “We’ll eat some now and freeze the rest for later,” noted Kristin, who thought this year’s berries look especially plump. 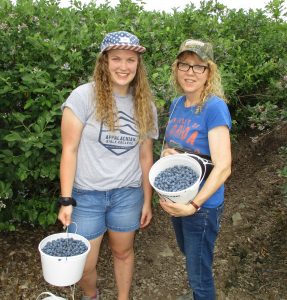 “They have the yummiest blueberries,” Dipti Poncholy of Clarks Summit agreed. She and her family were tipped off to Hilltop Farm by one of her husband’s work associates about four years ago. On Saturday, she was picking with her husband, Samir, and adult children Manan and Pari.

It’s also a family tradition, of course, for the Osbornes. The current generation of owners and operators helped to plant the original bushes. Howard’s son, Richard, took over the farm in the early 1970s and is still working. His son, David, is the current manager. And David’s son, Ben (below, left), was guiding pickers to the best berry patches on July 27 as the heat ebbed and a new influx of patrons arrived. 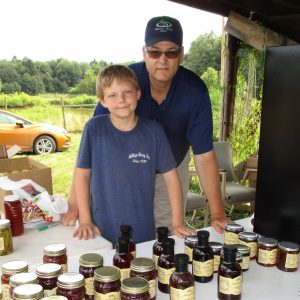 According to David’s cousin, Tim (above, right), whose father, Alan, worked the fields for many years, peak season runs from mid-July to Labor Day weekend. But picking continues into September. “I think we’re going to have a really good year if the weather holds,” Tim remarked. “But one bad hail storm could ruin us.”

Weather is a key factor in the berry business, and the past few years have been tough on the crops. Record rains in 2018 brought on a host of fungi, as well as root rot, which the Osbornes continued to battle into this spring. “It’s like having your feet in water for 48 months,” David suggested. “You’re going to have moldy toes.”

The nursery end of the business is primarily a wholesale crop of blueberry bushes, rhododendrons and mountain laurels – shrubs that excel in acidic mountaintop soils. Richard Osborne sold blueberry bushes to the public in the 1960s. David related that there are still clusters of five bushes on properties throughout Susquehanna County that are a direct result of his father’s salesmanship.

Tim grew up in Montrose and enjoyed working on the farm until his family moved to New Jersey in 1965. His daughter, Chloe, spent a season at Hilltop last year before moving to Alaska. And Tim was excited to be back at the farm and working directly with the guests this summer.

He shuttles pickers to rows brimming with ripe blueberries and will gladly pick them back up if they don’t want to walk back to the building where their bounty is weighed and where beverages and blueberry-based products are sold. Tim jokes with patrons, knowing that few people can resist eating some berries as they pic, and asks if he should being weighing them too. 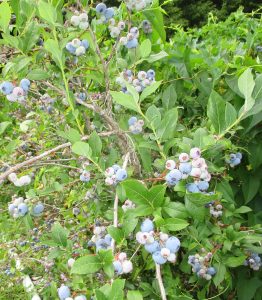 It’s OK to nibble, as the Osbornes do not use Roundup, and the farm’s integrated pest management plan is monitored by the PA Department of Agriculture. According to David, who has long served as the operation’s “chemist,” the use of fertilizer and pesticides is calculated with human consumption in mind. “Blueberry bushes need sulfur,” he cited as an example, “but you wouldn’t use it close to picking season.” David is happy to address concerns from anyone with allergies or other chemical sensitivities.

Hilltop Berry Farm is located at 2328 Osborne Road in New Milford, with signage starting on Route 848. It is open seven days per week through growing season, from 8 am to 8 pm. Self-picked blueberries cost two dollars per pound. For more information, interested readers may call 570-504-6128. 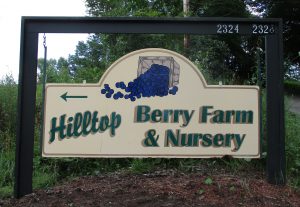