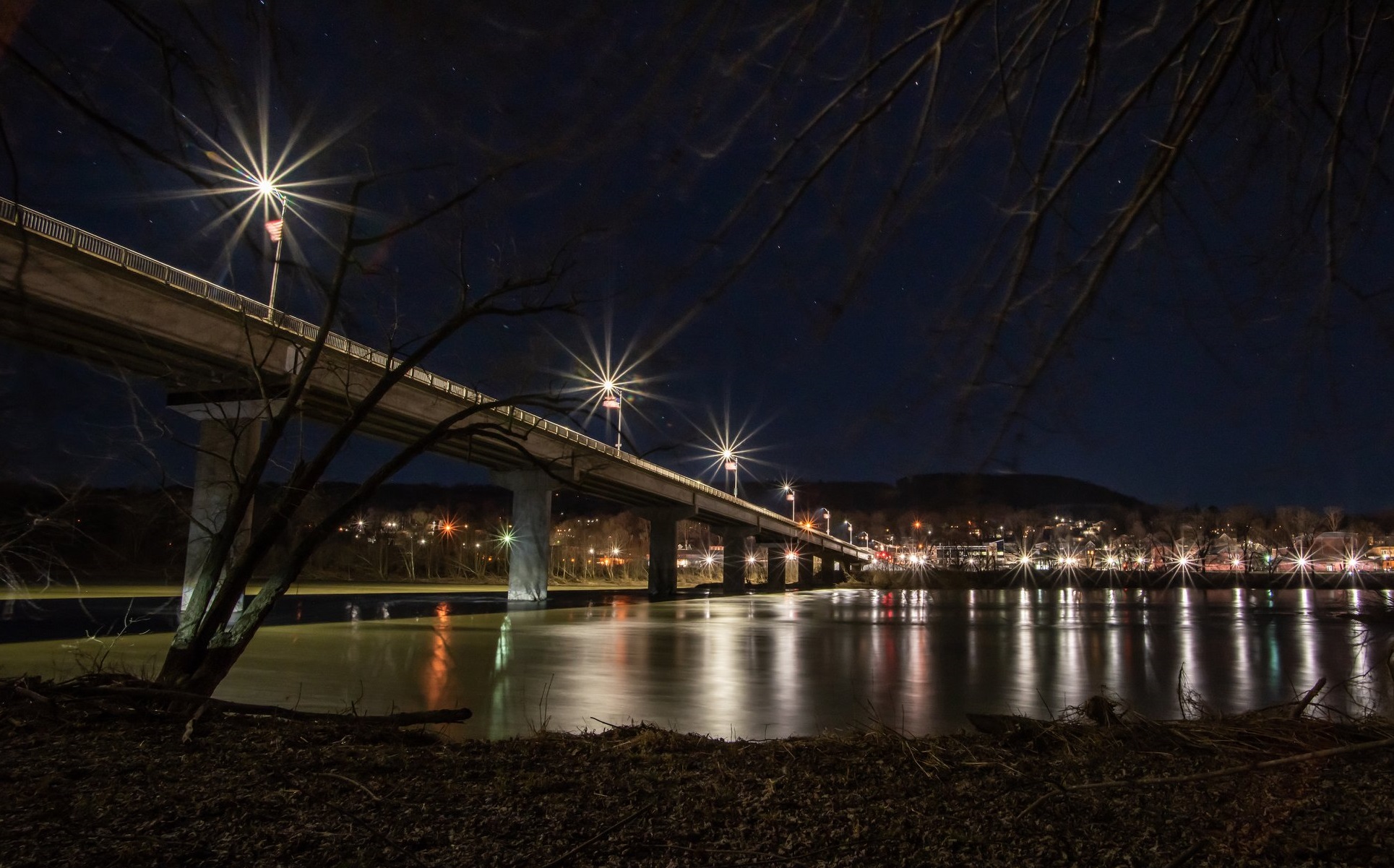 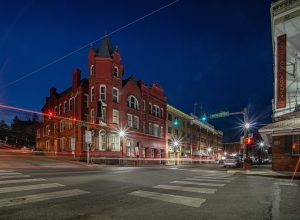 Street lights shine bright on a cool winter’s evening along the Susquehanna River in Towanda (top), and cars travel past the C&N Bank and Towanda Terrace on Main Street Towanda (above) in two photos submitted by Ed Boardman of Bradford County. They were ranked among the top three in the Landscapes and Treasured River Towns categories, respectively, in this year’s annual photo contest sponsored by the Susquehanna Greenway Partnership.

Nearly a thousand photos submitted by amateur and professional photographers to the eighth annual Susquehanna Greenway Partnership Photo Contest were viewed by a panel of judges at a workshop in Williamsport on July 17 and via home computers a week later to whittle down the final category and pick the grand prize winners.

Entries were accepted from April through June in four categories. New this year was “Bridges.” According to SGP executive director Corey Ellison, so may shutterbugs focused on bridges over the previous seven years, “we decided to give it its own category.” Other categories were Treasured River Towns, Susquehanna Adventures, and Landscapes.

A technical issue during the Williamsport gathering prevented the four-member panel from reviewing the Landscapes category that day. It also had the most entries. So Ellison sent a live folder to the judges, who narrowed down the photos twice before participating in a phone conference to make the final decisions.

The official winners list will be released in the coming days, but SGP has issued a teaser with the twelve photos that finished in first, second and third places. Simultaneously, SGP will initiate a “Winners Choice” contest among Facebook users, who will vote on the second twelve, fourth- through sixth-place photos, with “likes.”

First- through third-place winners will receive cash prizes of $150, $100 and $50, respectively. Their photos will be printed, framed and added to a traveling gallery that will visit many river communities in the coming year. They will also be available in SGP’s 2020 calendar and be the subject matter of upcoming brochures and other promotional materials.

Log on to Susquehanna Greenway Partnership on Facebook to see the Top 12 photos, the names of the photographers and description of the photos in their own words.

2019-07-27
Previous Post: Tunkhannock Chalks Up Another Fourth Friday
Next Post: Another Break in the Heat Headed Our Way