Prison Board Remembers Felker – Jailings Down 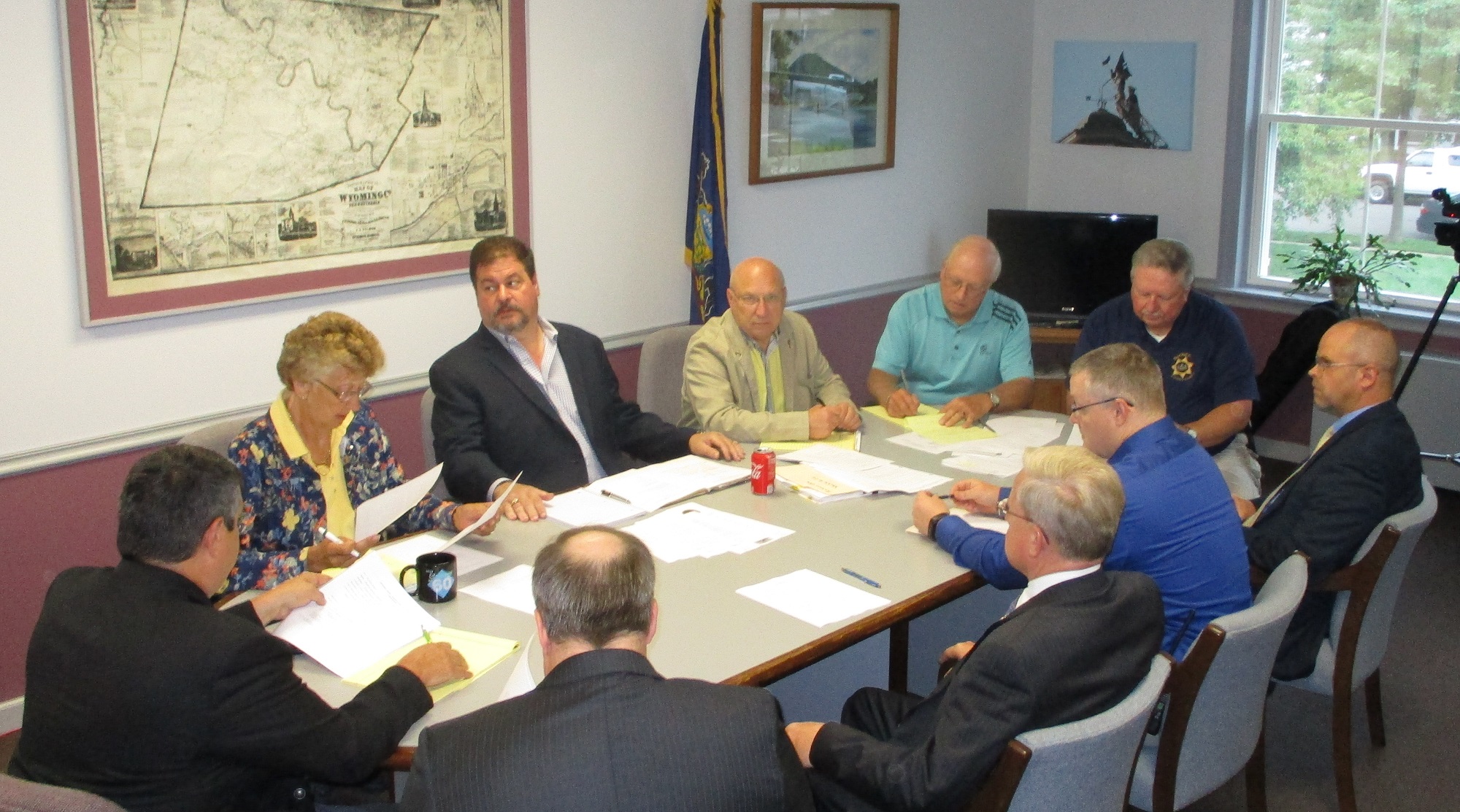 Warden Ken Repsher began the July 23 meeting of the Wyoming County Prison Board by acknowledging the passing of corrections officer Kimberly Felker since the last meeting. “She was probably one of the best of us,” Repsher said of Felker, who died on June 25 after serving at the Wyoming County Correctional Facility for 29 years.

Commissioner Tom Henry agreed that she portrayed a sense of professionalism and courteousness in the course of her work and will be remembered fondly.

Population in the prison system is down slightly, according to Repsher’s monthly report. There were 42 inmates released in May, compared to 30 new intakes. There are still five prisoners boarded at other facilities; four in Susquehanna County and one in Lackawanna County.

Prior to the release, however, outsourcing costs caught up with the facility, nearly doubling the previously reported amounts to an annual total of $31,680.

Computer programs installed since the beginning of the year are all running smoothly, Repsher related, and a new Guardian RFID program will be installed soon that will guarantee that all inmates on suicide and medical watches are being checked at the prescribed frequency.

On another law enforcement note, Henry invited the prison board members to stay for the regular meeting of the Wyoming County Commissioners at which members of the Probation Department was to be recognized and thanked for their dedication.

President judge Russell Shurtleff noted that there are currently more than 600 individuals on probation in Wyoming County. Shurtleff also invited media members in attendance to join county employees at noon on Wednesday, July 24 when retiring Probation Department director James Neary will be honored with a brief ceremony and refreshments in Courtroom 1.