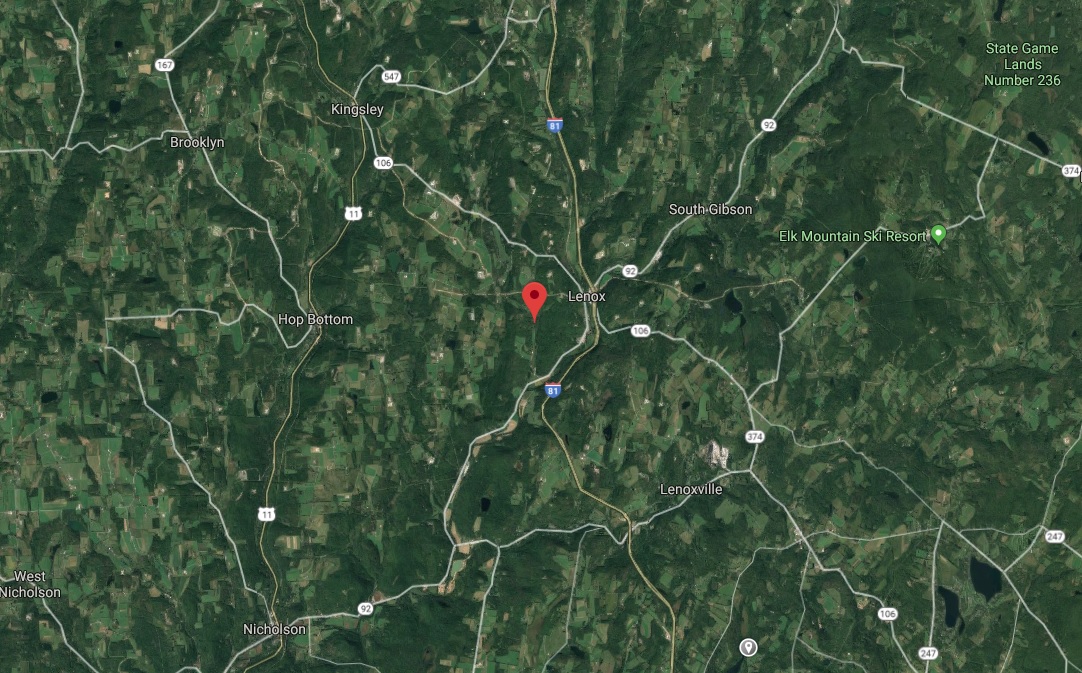 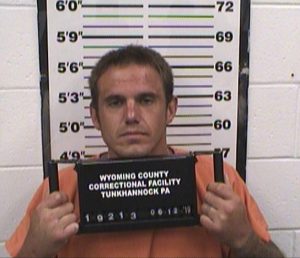 By Rick Hiduk / Map by Google

Troopers Landsiedel and Clark had received a tip that a green Volkswagon Jetta was headed north on Route 92, bearing plates that should have been on a Chevy. When the police cruiser pulled out behind Burgess and the emergency lights were activated, Burgess took off at speeds estimated at 110 mph. According to the police report, Burgess was alternately using both traffic lanes and crossed the center lines more than 18 times.

In Susquehanna County, Burgess slowed abruptly and made a left turn onto Franklin Road. He was traveling too fast to properly manage the turn however and temporarily left the roadway. As he reentered Franklin Road, Tpr. Clark used a “PIT maneuver” that forced Burgess into a ditch. Burgess subsequently exited the Jetta and started to run.

He made it about 50 yards before Clark deployed his taser and brought Burgess to the ground. The officers managed to get a cuff on his right arm as the defendant reached with his left arm for a knife on the ground. “At this time, force was required to bring the operator’s left arm back to the middle of his back to be handcuffed,” Landsiedel wrote.

On the ground was a plastic bag, in which a white powdery substance was observed. In his front pockets, a hypodermic needle and one-dollar bill containing additional suspected drug resideu were located.

The troopers had Burgess on his feet and in front of their patrol car when he suddenly dropped to the ground and exhibited signs of a drug overdose. Paramedics, who were already enroute for a medical evaluation, revived Burgess with two doses of Narcan. He was then transported to Geisinger Community Medical Center for further treatment.

PSP charged Burgess with flight to avoid apprehension, fleeing to elude a police officer, intentional possession of a controlled substance, two counts of use/possession of drug paraphernalia, DUI of a controlled substance, resisting arrest, driving an unregistered vehicle under a suspended license with an improper plate, and numerous driving offenses. His preliminary hearing in front of district judge David Plummer is set for June 25.