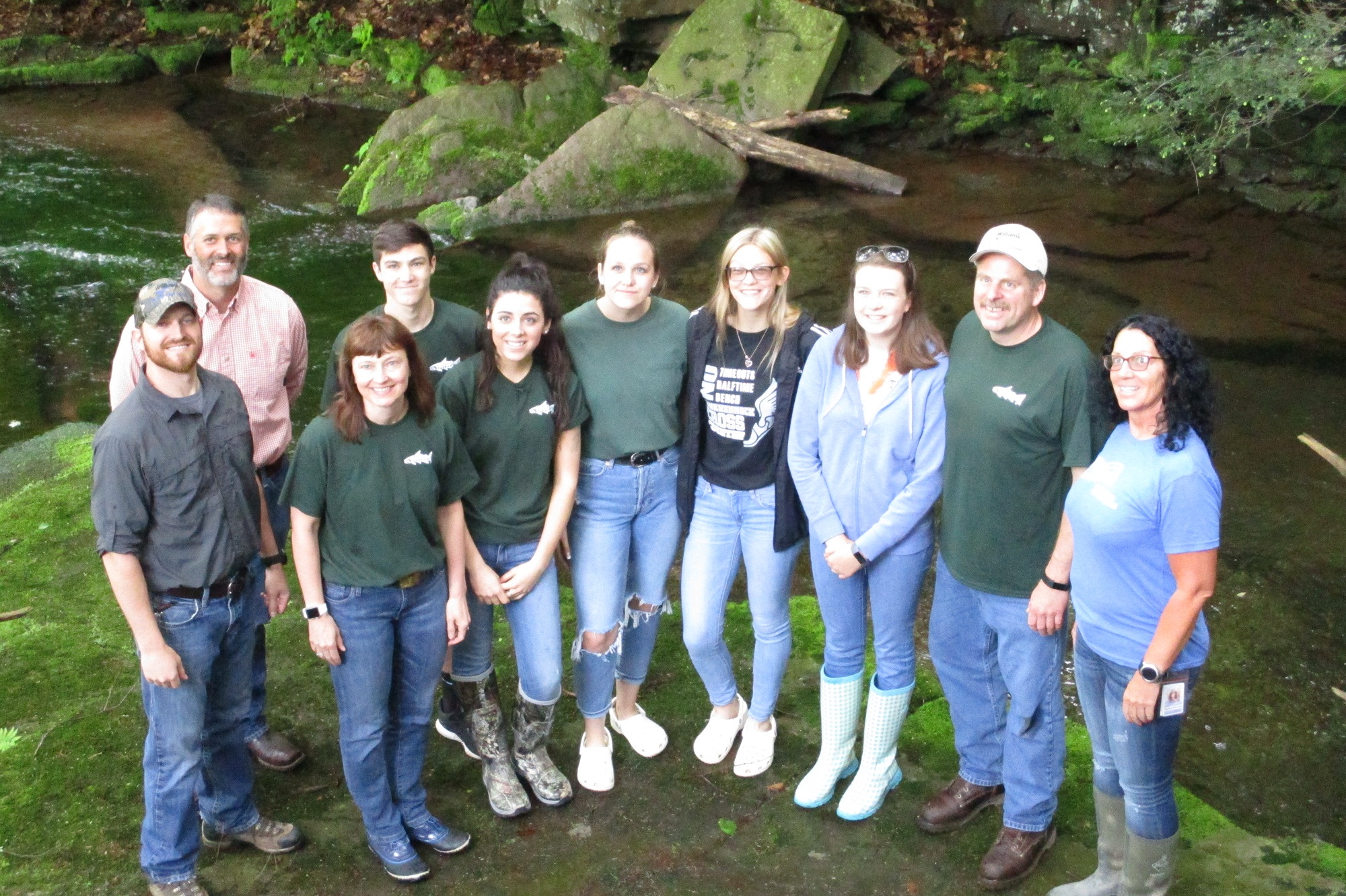 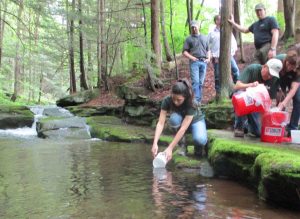 Several state agencies and a local corporation are investing in an environmental initiative designed for perpetuity. Hundreds of trout fingerlings released into a tributary of Bowmans Creek in a remote section of State Game Lands 57 are just one aspect of a program geared to high school science students who are then tasked with passing the torch to underclassmen.

The release into Beth Run in Wyoming County on May 30 was conducted under the auspices of the Pennsylvania Fish & Boat Commission and the PA Chapter of Trout Unlimited. A 2019 Tunkhannock High School (THS) senior was joined by her biology instructor, as well as two juniors and three sophomores who will carry on with Trout in the Classroom. The combination of advocates, sponsors and educators is the perfect recipe for long-term success of the program.

Trout in the Classroom (TIC) began in Tennessee and has spread throughout the eastern United States as an effort to engage youths in the preservation of streams in their respective region by raising brook trout from eggs delivered to their schools. TIC can be tailored to meet the specific requirements of a curriculum with components in ecology, math, science, language, social studies and even fine arts and physical education.

At THS, additional support was provided by the PA Department of Conservation & Natural Resources (DCNR), Department of Environmental Protection (DEP), and Williams Companies through its Field Giving program.

“We look to connect the interests and passions of our employees with people in the community,” said Williams director of projects Mike Dickinson who, in turn, reached out to liaison project manager John Pittenger, an avid outdoorsman with a penchant for both hunting and fishing.

Pittenger had previously facilitated a Williams Homegrown Grant at Patriots Cove, a facility in Noxen for that provides fishing opportunities for veterans and first responders, to enhance stream conditions and access. He shared his knowledge about TIC with Dickinson, who participates on an advisory board with THS director of career & technical education programming Greg Ellsworth.

“Greg’s eyes lit up,” Dickinson recalled of the moment he approached Ellsworth with the idea. “It was an example of being in the right spot to have the right conversation.”

At THS, Ellsworth found the perfect conduit for the initiative in biology teacher Karen Kutish, who needed to look no farther than senior Dinah DiMeolo to coordinate the construction of the fish hatchery and mentor the students who would help her with the work. In 2018, DiMeolo garnered an Emerging Environmental Leader Award at the 28th annual NEPA Environmental Partners banquet. DiMeolo relationship with Kudish started when DiMeolo was a sophomore taking honors biology and continued with advanced biology. She served as the school’s Environmental Team leader and is an alumni of the Wildlife Leadership Academy of PA.

“She loves to hunt and fish,” Kudish (below, carrying fingerlings with DiMeolo) said of her in a previous interview. “She ties her own flies to fish. She’s a little different than other students that I’m used to dealing with.” 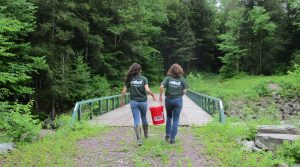 For Trout in the Classroom, tanks and filtration systems were installed, and fish eggs arrived in November. In addition to monitoring tank water quality and raising the hatchlings from eggs to fish about three inches in length, the students participated in stream habitat studies.

Ellsworth and Kudish transported the students to SGL 57, where they hiked with their research subjects in buckets a short distance to a spot on Beth’s Run where Pittenger has fished numerous times. Charlie Charlesworth of Trout Unlimited and DEP educator Shane Kleiner also joined the student at the stream’s picturesque confluence with Bowmans Creek. (Kleiner subsequently took the students a bit farther up Bowmans Creek for a quick lesson about benthic macro-invertebrates – the bugs that live under rocks in a stream bed.)

As Kutish watched DiMeolo and her fellow students take turns to carefully release the fingerlings into the water, confident in their environmental stewardship, she remarked, “We’re hoping that between these five, they will be able to fill their shoes.” 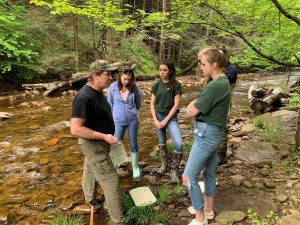 DEP’s Shane Kleiner provides a lesson on macro-invertebrates to the Tunkhannock students.