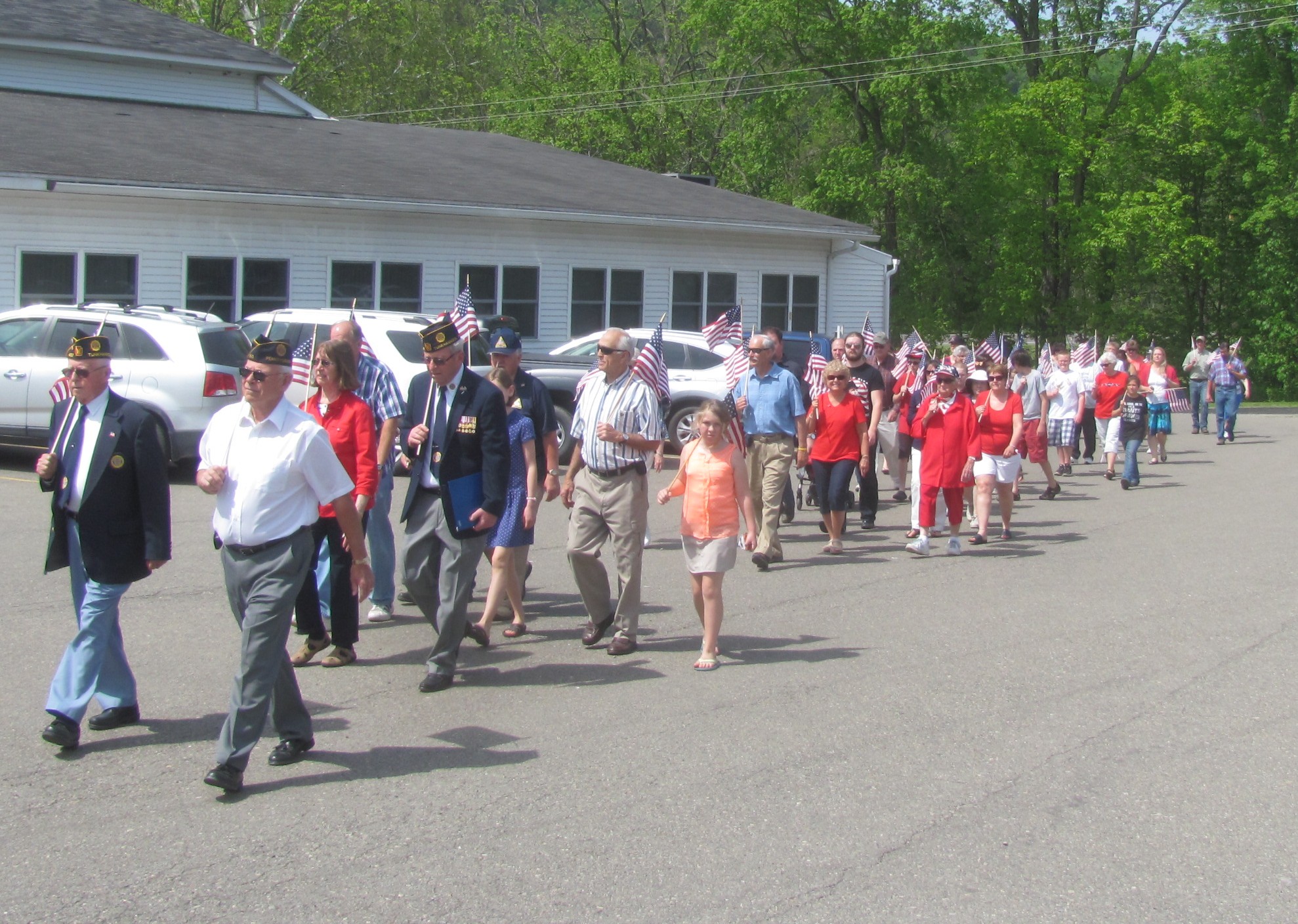 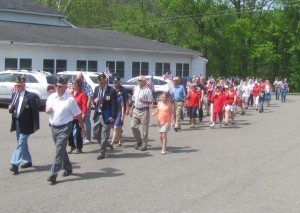 The Wyoming County Commissioners and other local residents joined the Beaver Meadows Flag Walkers in their annual march from the Black Walnut Cemetery to American Legion Post 510, where the Don James Lighthouse Service Award was presented to Col. Stacy Huber.

Activities began with a flag walk from the Black Walnut Cemetery organized by the Beaver Meadows Flag Walkers, who were joined by about 40 local residents and all three Wyoming County Commissioners.

As they reached the Legion post via Old Route 6 Road, they were greeted by the Post 510 Color and Honor Guards, who raised the American and POW flags outside Carnevale Hall. Members of the Wyalusing Valley High School Band, under the direction of Tammy MacWhinnie, played the National Anthem prior to the flag walkers and at least another 100 participants going inside the hall for some welcome relief from the morning heat and a heartfelt ceremony that reflected on military personnel who had given their lives in line of duty and honored Huber, who has made a lasting impression on the community for service in numerous organizations.

Wyoming County Commissioners Judy Mead, Tom Henry and Ron Williams presented a separate citation to Huber, with whom they have worked through the years in various capacities.

Also in attendance was Gail James, the wife of the late Don James, for whom the award was named. Mr. James served in the US Navy in the 1950s and continued a life of community service that included volunteering as a lay chaplain at Tyler Memorial Hospital, participating in Relay For Life, and organizing faith-based and patriotic music programs with Mrs. James.

Huber was credited for his esteemed military service, as an EMT for the Tunkhannock Community Ambulance Service, and for serving on numerous county and borough boards and authorities. He currently serves as president of the Tunkhannock Borough Council.

Huber, who visibly moved by the presentation, related that he has always followed a familiar axiom that reads, in part “if you are given opportunities, you should use them to their fullest and make the best of them.”

McGavin noted in closing that Huber had already agreed to serve on the committee to help select next year’s award winner. 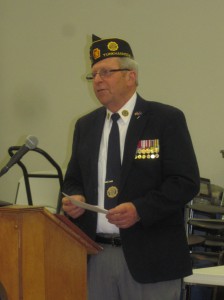 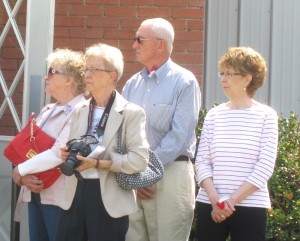 Gail James (second from left) attended the event with friends and took many photos for her own collection. She and her husband, Don, were avid photographers and musicians. 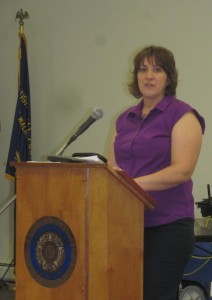 The flag walk makes its way up Old Route 6 Road from the Black Walnut Cemetery. 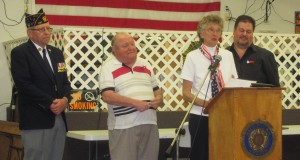 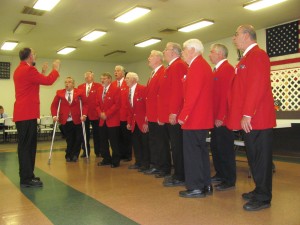 The Endless Mountains Barber Shop Chorus sent the spirits of the crowd soaring with a number of selections. 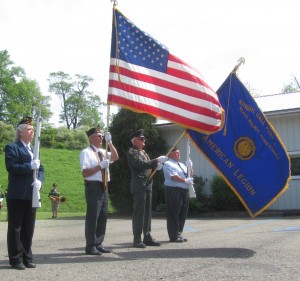 The Wyalusing Valley High School Band assembles prior to playing the National Anthem. 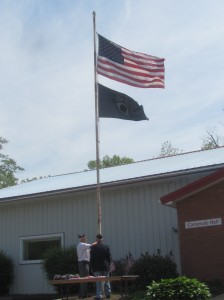 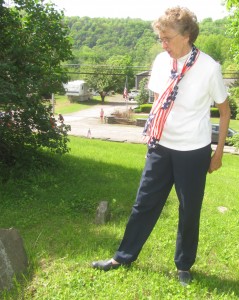