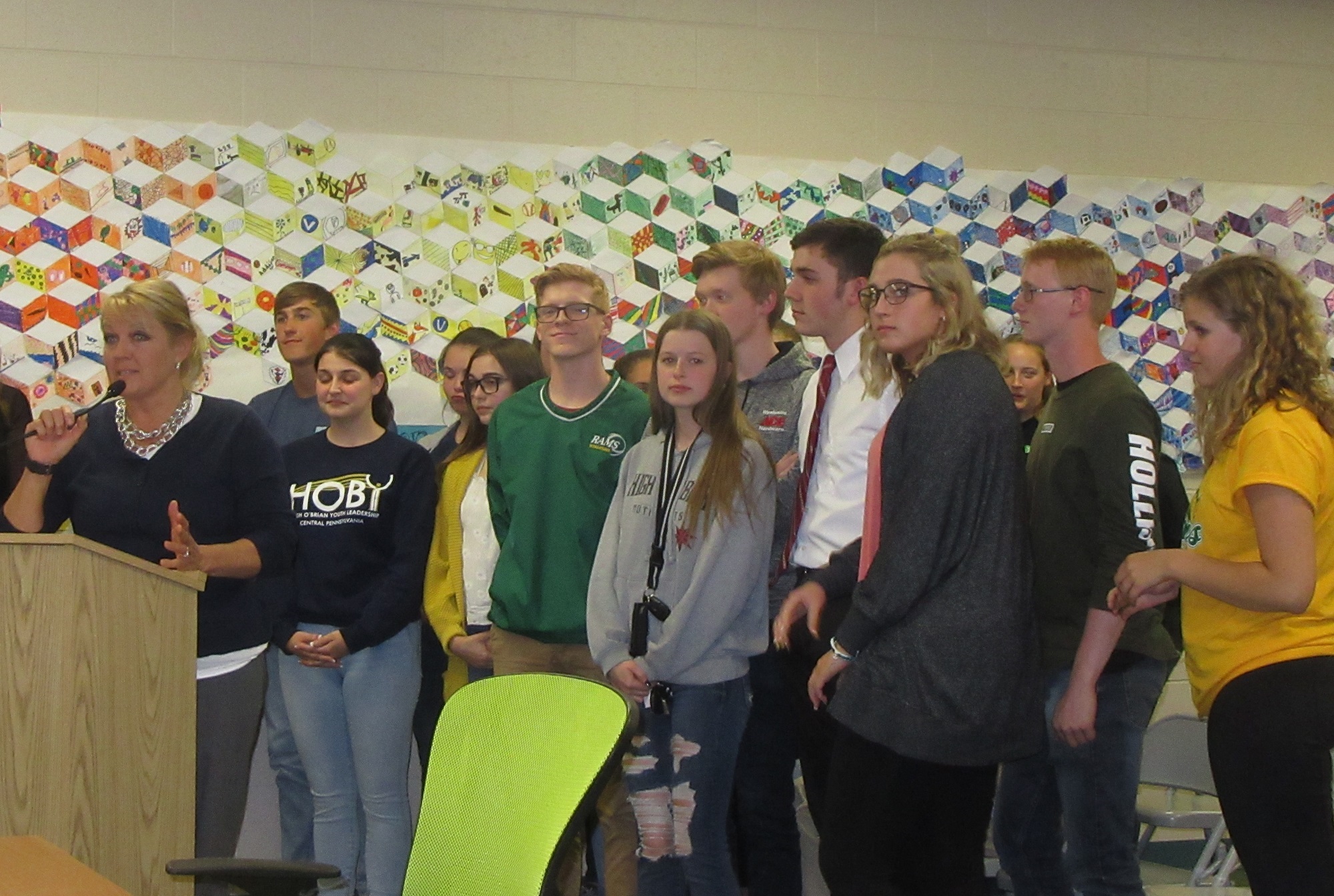 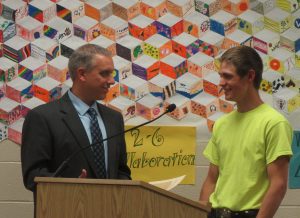 With the proposed outsourcing of custodial services at the Wyalusing Schools receiving so much attention on Monday evening, it would have been easy to overlook a number of other important items on the ambitious agenda, including the recognition of the achievements this year by members of the Future Business Leaders (FBLA) of America club and that of Skills USA qualifier Caleb Walker. What also would have otherwise captured bigger headlines was the district’s agreement to bring natural gas onto the campus during the next school year.

Approximately 20 FBLA members stood up with advisers Kay Doerner and Karen Potter to thank school board members for their support of the club and for the opportunity to participate at the state level of competition. Doerner said that the current group of FBLA members are among the most dedicated and motivated as any with whom she and Potter have previously worked.

As they took their turn at the podium, the students related how enriching the experience had been, regardless of how highly they ranked in contest, if they placed at all. Some noted that the camaraderie was the element of the competition that they would most remember.

One of the young men gave a shout out to bus driver Stan “the Man” McClennen for taking a sincere interest in the endeavors of the students after delivering them safely to the state competition. McClennen, in turn, told the audience that they should be proud to know that the Wyalusing students were the best behaved and most respectful of any of the students he observed there. Doerner echoed the sentiments, noting that she didn’t hear participants from any other school districts who cheered as loudly for their fellow students.

Next, the spotlight was shined on Northern Tier Career Center student Caleb Walker, who had recently participated in the Skills USA Competition in the category of building construction. A humble Caleb admitted that the experience was a bit “scary” but a confidence builder, nonetheless.

Each of the students was presented with a certificate of merit by superintendent Jason Bottiglieri from the school board.

“As soon as Natural Gas is Brought to a Meter”

School officials and board members are excited about the opportunity to tap into commercial natural gas lines being brought to Wyalusing by Leatherstocking Gas Company of Montrose. The board unanimously approved the use of $63,130 in capital reserve funds for a conversion to natural gas on the Max Gannon Campus by L& L Boiler of Montoursville. Some of the work will begin this summer, and the bulk of the project will be completed in 2020.

Board member Gene Anne Woodruff suggested that the amount seemed to be less than anticipated, but fellow board member Doug Eberlin said that it is about the same, noting that conversion of the biomass heating system at the high school will require some additional piping and bringing the gas into the elementary school will cost less than expected because it will be coming from a head just beyond the soccer field, rather than from Cargill.

“In the long run, it’s going to be a lot cheaper,” said board member Joe McMahon.

Bottiglieri gave maintenance and grounds supervisor Bob Brigham credit for doing most of the legwork in providing the details for contractors. “It’s going to be a win-win,” Bottiglieri remarked. 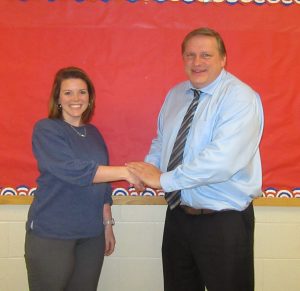 The school board gave Brigham (above, right) a gift bag as a token of appreciation for the 35-plus years he has dedicated to the district as a maintenance worker and later as supervisor of the maintenance department. Bottiglieri, in turn, introduced Laura Carr (left), who will assume Brigham’s former duties as the district’s new director of human resources and facilities. The school board meeting provided the first occasion for Brigham to meet Carr, who previously served as Guthrie’s regulatory specialist. The two will work together for several weeks beginning on May 20.

The retirement of custodian Russell McMahon was also acknowledged, though McMahon was not in attendance.

The board unanimously accepted the resignation of high school vice principal Donnie Jacopetti, who Bottiglieri announced will be going to the Canton School District as a principal.

New Marquee and Scoreboards to be Erected, Campus Roads to be Renamed

Years of work to raise enough donations to purchase a new marquee for the front of the high school and a scoreboard for the the athletic fields have been successful. Collaborative efforts that included contributions by many private donors helped the WAEF and boosters clubs reach their goals. The new score board will replace one that has been is use since at least 1994.

One of the lighter moments of the May 13 school board meeting centered around the motions to rename the ingress and egress roads to the schools as Trump Boulevard and Bennett Boulevard, respectively. New signs have been produced for the roadways since the opening of the new elementary school as a fundraising measure by the WAEF at the organization’s annual Spring Fling.

This year, Kim Johnson Bennett was credited for the high bid on both signs.

After some chuckles and glances thrown toward a Democratic school board member with a good sense of humor, both motions passed unanimously and the Bennett family was thanked for their contribution.

“People don’t realize how competitive that can be,” Eberlin said of the bidding process.

“The funds are greatly appreciated,” board member Richard Robinson said in conclusion.