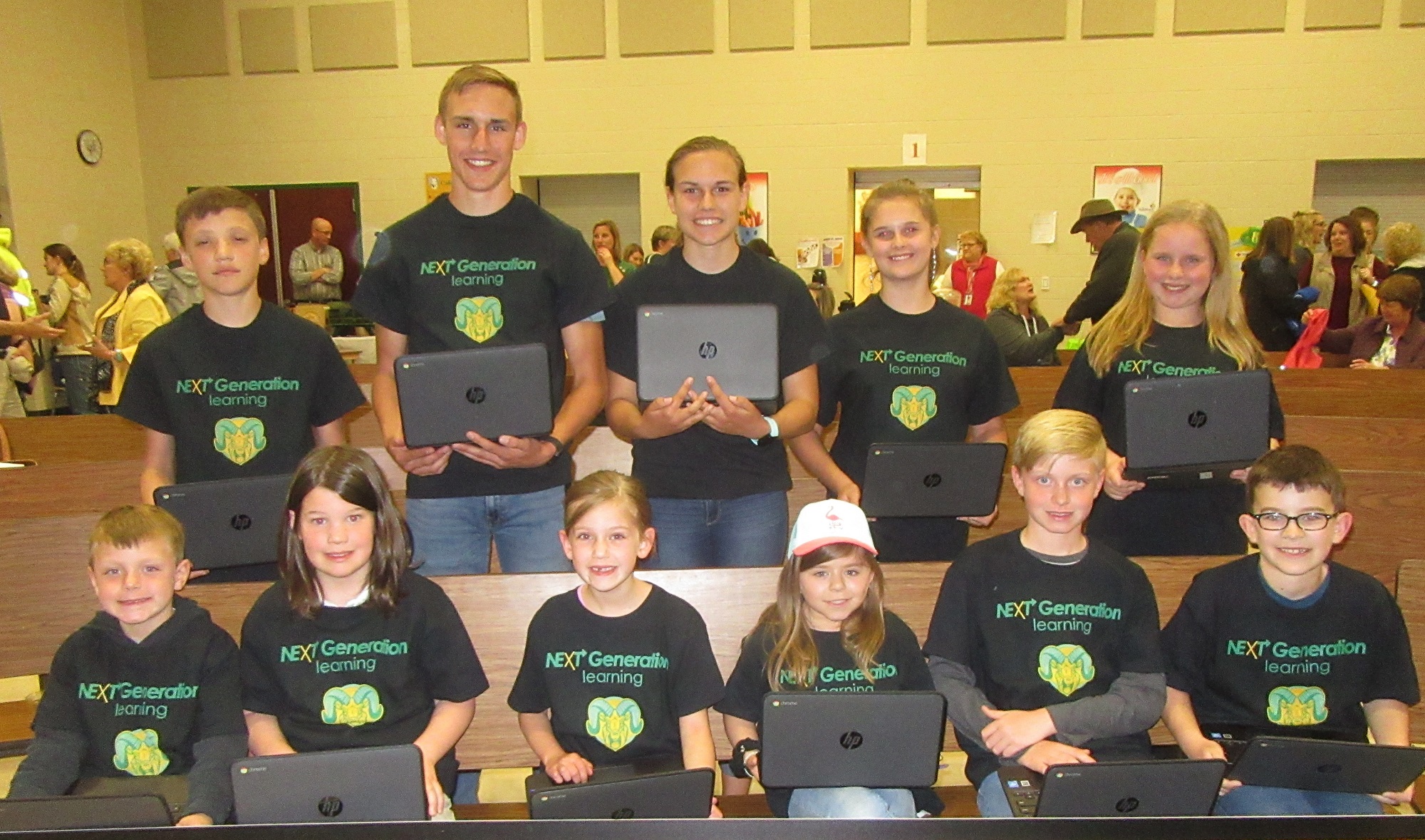 The annual State of the District presentation at Wyalusing Valley Elementary School packed the all-purpose room on Monday evening and provided an opportunity to highlight a variety of successful programs and student achievements. District superintendent Dr. Jason Bottiglieri provided an overview of progress made during the three years that he has served in the position, calling the time span an era of “transformational change.”

Bottiglieri (below) explained that the expertise and dedication of the district’s administrators and teachers was purely evident when he arrived. What the district was lacking at that moment in time was focus. He referred to his overall approach to change as a business model. “I do lead a business,” he stated. “It’s most unique business in the entire country and the only one that produces the opportunities that will determine success or failures for generations to come.” 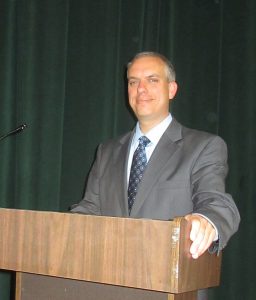 The future of the Wyalusing Area School District (WASD), he suggested, hinges on the impacts and differences that he and the personnel are making today. The concept that Bottiglieri and the district’s educators have embraced is one of Next Generation Learning. That includes making better use of taxpayer dollars, responding to the needs of the community, and preparing students for a rapidly changing workforce by “bring tomorrow to Wyalusing today.”

By dramatically increasing internet speed across the campus; aggressively integrating STEM subjects at every grade level while continuing to emphasize the importance of reading, writing and the arts; and “increasing stakeholder partnerships with parents and community members” by enhancing outreach programs, the district has realized growth potential in all academic areas from kindergarten through 12th grade.

Specific areas of achievement cited by Bottiglieri include a six-level improvement in reading abilities by elementary students in less than five months of this year alone, the provision of social and mental health services to students and families via dedicated staff members, increased involvement with community leaders, more opportunities for students with special needs, and 111 advanced placement and dual-enrollment courses, which have saved families more than $163,000 in college tuition.

Current statistics show that 40 percent of WASD graduates further their educations at college, five percent enlist in one of the branches of the military, and 55 percent move directly into the workforce. The district’s partnership with the Northern Tier Career Center helps a growing number of Wyalusing students to master trade skills and craftsmanship in a variety of areas to enhance their entry level and earning potential.

Turning his focus back to the future, Bottiglieri concluded the program by thanking the Ken and Caroline Taylor Family Foundation for sponsoring the purchase of a Chromebook computer for every student from second to 12th grade for the 2019-20 school year. At his verbal cue, about a dozen students paraded from the stage out into the audience to show them the handheld laptops that will be distributed next year.

The One to World project, as it has been called, is three years in the making and has involved many levels of in-house training and input from resident experts and professionals from around the state.

“While some may be more proficient than others,” Bottiglieri said of the students who will use the devices, “we all agree that bringing this level of student engagement into our town, our community and our schools will pay off.”

Attendees were encouraged to remain after the presentation to take in the Gallery Walk of curricular programs that support the district’s Next Generation Learning initiative, as well as to enjoy some refreshments before heading downstairs for the regular monthly school board meeting, which started about ten minutes later. 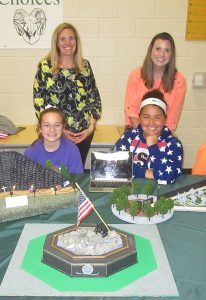 WASD sixth graders followed up their annual trip to the nation’s capitol this year by constructing models of the buildings and monuments in Washington, DC that most impressed them. Hosting a display of some of them at the State of the District event on May 13 were (seated, from left) Jillian Capwell and Sophia Alvarez and teachers (standing) Jenn Moss and Jamie Weaver. 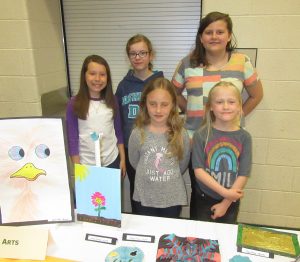 Art students (front, from left) Alysha Bottts, Portia Kennedy, Storey Newell, (back) Katherine White and Rorrie Bates display some of the projects on which they and their classmates have worked.) 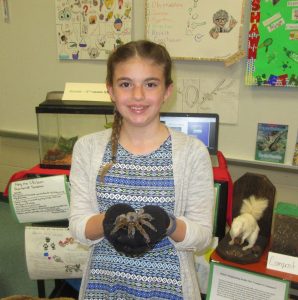 Fifth-grade STEM student Makenzie Kintner seeks passersby who want to get to know her furry arachnid friend and research subject a little better.

2019-05-16
Previous Post: Students Get Up-Close and Personal with Heavy Equipment and Operators
Next Post: Tunkhannock Officials Unhappy About Trehab Rumors – Voting Machines Ordered, But Not For This Election