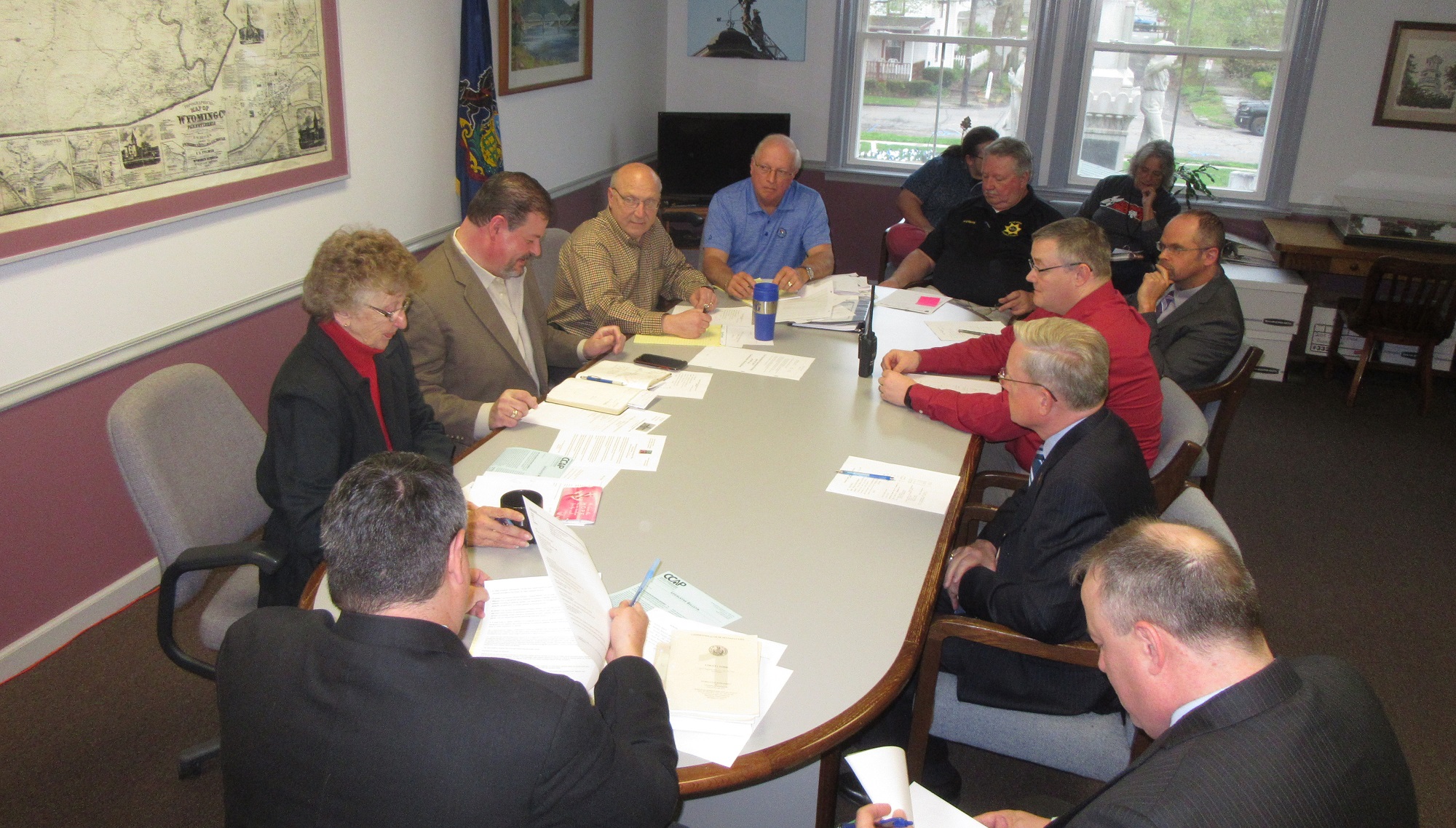 Wyoming County Commissioner and Prison Board chairman Tom Henry noted during Tuesday’s meeting of the Prison Board that May 5 to 11 is Correctional Officers and Prison Employees Week. The first jail in Wyoming County was started in 1843 and housed its first prisoners in 1844. Pennsylvania’s correctional system is the oldest in the nation, dating back to 1773 in Philadelphia.

Henry commended warden Ken Repsher and his staff for their ongoing dedication to a job that “changes every day.”

There are currently 82 inmates in the county jail system, nine more than the present jail on Stark Street is capable of holding. The excess prisoners are currently housed at facilities in Lackawanna and Susquehanna counties at a cost of $68 and $55 per day, respectively, which does not include medications or other health services. Boarding fees for outsourced inmates topped $8,500 in the first two months of the year. Figures for March were not yet included in Repsher’s report.

Repsher noted that the Jail Management computer program is up and running, with a few bugs to work out yet at the administrative end of it, which is the most complicated. Overall, however, he said that it is a “very easy program to work with, and the corrections officers picked it up immediately.”

With the program now operational, Repsher hopes to also get the Guardian Program operational, which will allow prison staff to keep track of prisoner history and notify the necessary parties should an inmate with an active Protection from Abuse against him or her be released. County chief clerk Bill Gaylord noted that the Guardian Program can be covered by a grant from the County Commissioners Association of Pennsylvania (CCAP).

Audience member Lori Bennett asked about the current status of mental health evaluations at the prison, including who is conducting them and the swiftness of response. Henry responded that the Luzerne-Wyoming County Mental Health & Disabilities board has provided the county with two vendors. Repsher added that those with immediate needs are seen by counselors from Prime Care, and that those with court orders for mental health evaluations are seen by staff from the Burke Counseling Center based on availability.