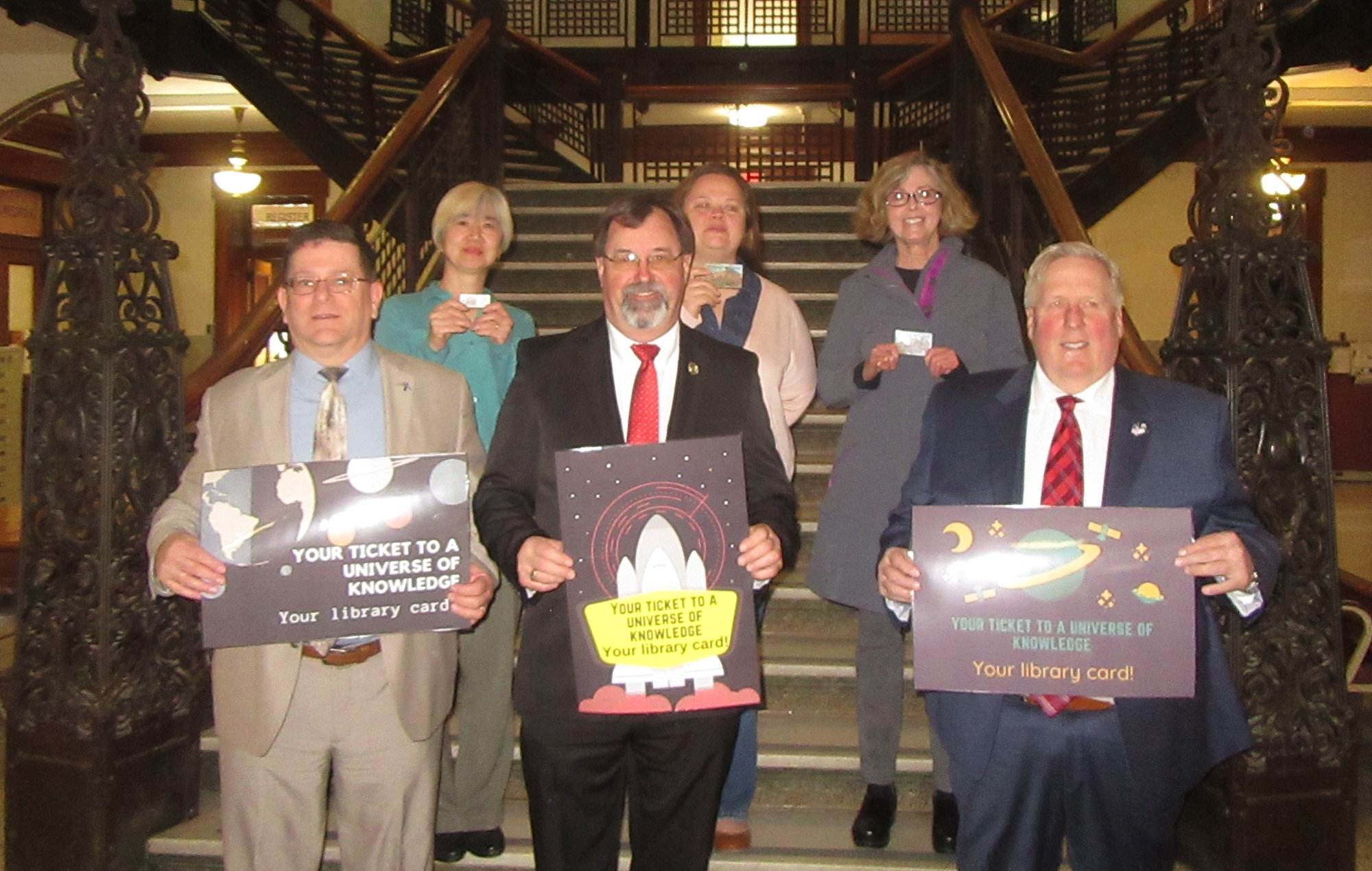 With tongue in cheek, Library System of Bradford County administrator Lea Chisum-Chaffee took advantage of a captive audience at the April 11 meeting of the Bradford County Commissioners by telling them that her research revealed that none of them had current library cards. She remedied the situation by bringing new cards for them and also read a proclamation acknowledging April 8 to 14 as National Library Week. 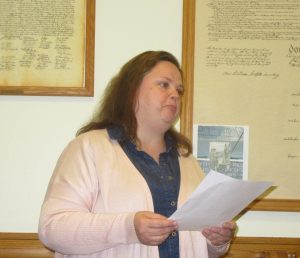 Chisum-Chaffee (above) noted that the Library System is currently working to rebuild relationships with schools and day-cares in the county to remind educators and parents of all the programs and services that are available to youths. To kick off the summer reading program, all nine libraries in the system will be represented at the Bradford County Airport on Saturday, June 8 for a Launch Party and Fly-In Breakfast. The Bradford County Airport Authority will sponsor a free meal for all attendees beginning at 9 am.

The key speaker at the event, NASA engineer Tim Potter, grew up on Armenia Mountain. In the spirit of space exploration, each of the nine libraries was randomly assigned a planet in our solar system that will be the focus of their individual exhibits. In addition to being able to see airplanes take off and land up close, children can partake in “spacey games” and other activities. Participating libraries include Athens, Canton, Monroeton, Sayre, Towanda, Troy, Ulster, Wyalusing and the Bradford County Library in Burlington.

The Kopernik Observatory and Science Center will present The Space Program & Air Rockets at the libraries in Athens, Sayre and Ulster on June 18; Burlington, Canton and Troy on June 19; and Monroeton, Towanda and Wyalusing on June 20.

Tanglewood Nature Center will present Circus in the Sky in Sayre and Athens on June 24, Burlington and Ulster on June 25, Canton and Troy on June 26, Monroeton and Towanda on June 27 and in Wyalusing on June 28. The Nature Center’s Nancy Guttier will explain how the constellations got such fun names with stories highlighting Draco the Dragon, Lepus the Hare and other stellar characters.

Precise times and additional details for each event can be found at the Library System of Bradford County Facebook page. The individual libraries also have Facebook pages, and most have their own websites.