Emergency Telecommunicators and ‘Dispatcher of the Year’ Honored by Commissioners 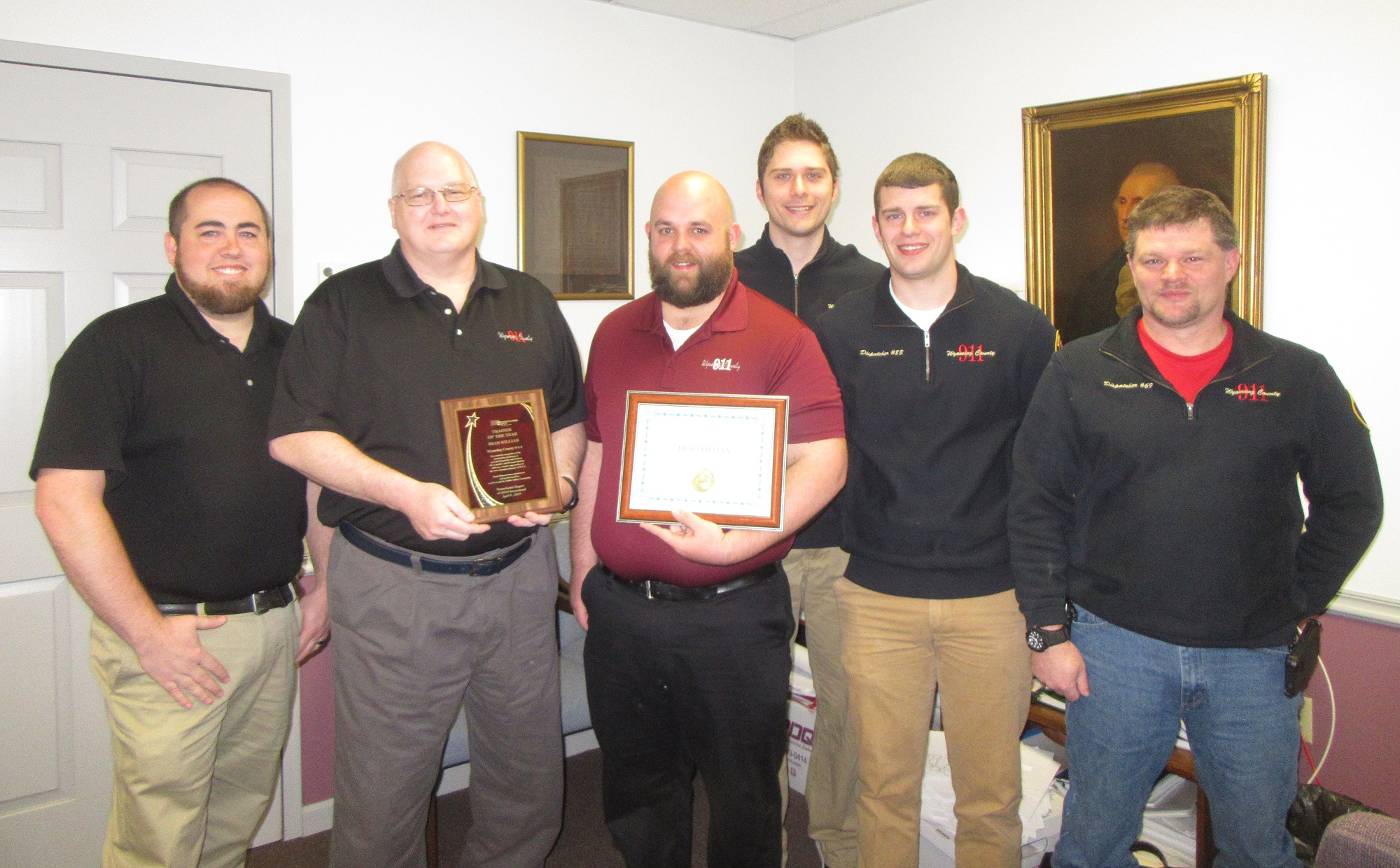 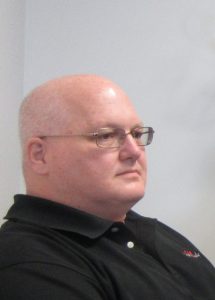 Killian, a long-time dispatcher at the Center, also received a plaque for his recognition by the Pennsylvania chapter of APCO International as Trainer of the Year.

(Also published in The Rocket-Courier)

Telecommunications Week was proclaimed in Wyoming County on Tuesday on the heels of Wyoming County 911 dispatcher Brad Killian being named Pennsylvania Trainer of the Year by APCO (Association of Public Safety Communications Officials) International. After reading the proclamation dedicated to the 911 employees and portions of the bio that was submitted to help Killian secure his successful nomination, commissioners Tom Henry and Judy Mead heaped praise on 911 Center employees and suggested that Wyoming County’s emergency operations have become a model for other counties to follow.

“We couldn’t be prouder of our 911 group and the things that they have accomplished in the time that I can remember,” commissioner Tom Henry remarked. “I think we have the best employees in the state, if not the nation.”

Under 911 director Jeff Porter, the Center has managed to give itself a technical edge with state-of-the art equipment and achieved enormous recognition for its growth and program implementation.

“We have other counties – bigger counties – who want to come up here and see what we are doing,” commissioner Judy Mead stated.

Porter, in turn, thanked the commissioners for their support and noted that, two years ago, the crew won the “Dispatchers of the Year Award” for their handling of the fire at the Proctor & Gamble warehouse in Washington Township.

Killian, who has served the county as a dispatcher and trainer for 35 years, was recognized for his welcoming demeanor to new dispatchers and for adapting the training to their incoming knowledge of the work involved and familiarity with systems.

“Brad sets a positive and forward thinking tone as well as using creative approaches to the ever-changing dynamic of our profession,” Porter wrote about Killian on the nomination petition. “(He) also gives them the tools to make them successful and push them towards a stable and long-lasting career with at the Wyoming County 911 Center.” Killian is directly involved with every new employee at some stage of their training process, Porter added.

County EMA director and Lake Winola Fire Department chief Gene Dziak and Christina Henning, a long time member of the Mehoopany Ambulance Company, referred to Killian as a “blessing” to the county and someone who has always been a pleasure to work with.

Killian humbly accepted a plaque from the commissioners and stated, “Everything works because of the team effort. Nothing is individual.” In the spirit of Telecommunications Week, he added that felt that he shares the recognition with the entire crew.

In the wake of Sunday evening’s severe storms in the region, which spawned several tornadoes outside the county and caused numerous power outages within, Dziak noted that there were still hundreds of people in Windham, North Branch and Falls Townships without electricity as of April 16. Also heavily impacted by what was deemed a “straight line” wind event was the Buttermilk Falls area, especially the property of Vito Barzilowski where many trees were downed and shingles were blown from the roof.

Dziak had been in touch with the Red Cross, representatives of which were prepared to open a warming shelter if electrical service was not soon restored.

In the meantime, he noted, county EMA is bracing for another round of potentially severe storms forecast for Friday evening.

At the recent County Commissioners Association of Pennsylvania (CCAP) meeting, the commissioners learned about the TestIT App, designed specifically for rural areas where connectivity data provided by communication providers is often inaccurate and inflated. NACo designed the app in cooperation with the Local Initiatives Support Corporation and Rural Community Assistance Partnership to start building maps that better identify “dark spots” in rural areas in hopes that they can be better served in the future.

Henry conducted a live check with the app during the commissioners meeting. The 3.71 Mbps his phone registered was well below the 25 Mbps that the providers advertise, which is typical according to the NACo website.

According to Mead, the more people use the app, the more “snapshots” of internet speed NACo receives to build its case for broadband enhancements in under-served rural areas.

Commissioner Mike Stabinsky reported that he has just begun looking into options for training of county employees in the event of an active shooter in the courthouse or other public building. So far, he has learned of an on-line course, after which small classroom discussions and activities can be arranged. Tyler Hospital, he added, has had onsite active shooter training, and he would ultimately like to bring in qualified personnel to conduct training at the courthouse.

Commissioners Mead and Henry voiced their support for Stabinsky’s further research into how to bring his ideas to fruition.

The county’s popular electronic recycling program will be held again on Saturday, May 11 from 9 am to noon at the county recycling center at 130 Tunkhannock Township Drive. Items will be accepted only from Wyoming County residents and small businesses operating within the county. Items that can be dropped off for free include desktop copiers, CPUs, fax machines, keyboards, desktop and laptop computers, microwave ovens, answering machines, pagers, printers, radios and stereos, telephones, VCR/DVD players and lead acid batteries. There is a nominal charge for lithium and alkaline batteries and 12- to 55-dollar rates for larger items like LCD computer monitors, refrigerators, AC units, water heaters and other items. Questions should be directed to Mike Rogers at 570-833-0729.

Former Domestic Relations staff member Crystal Miller has accepted a temporary salary cut and step-down to a level 6 employee as a county service aid for Children & Youth Services while she completes civil service testing for certification as a C&Y caseworker.

Mead reported that she and several other county residents have received letters in the mail alerting recipients of their need to submit a payment to get a copy of their property deed. The letter looks very official, she noted, but the small print indicates that it is not from a government agency.

Stabinski suggested that the service itself may very well be legitimate but at an extremely high price.

Henry added that copies of deeds can be purchased in the Recorders office at the courthouse for 50 cents per page. 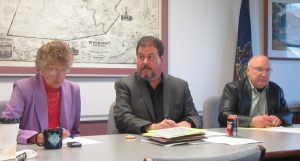