Susquehanna Ag Day Comes Back with a Bang 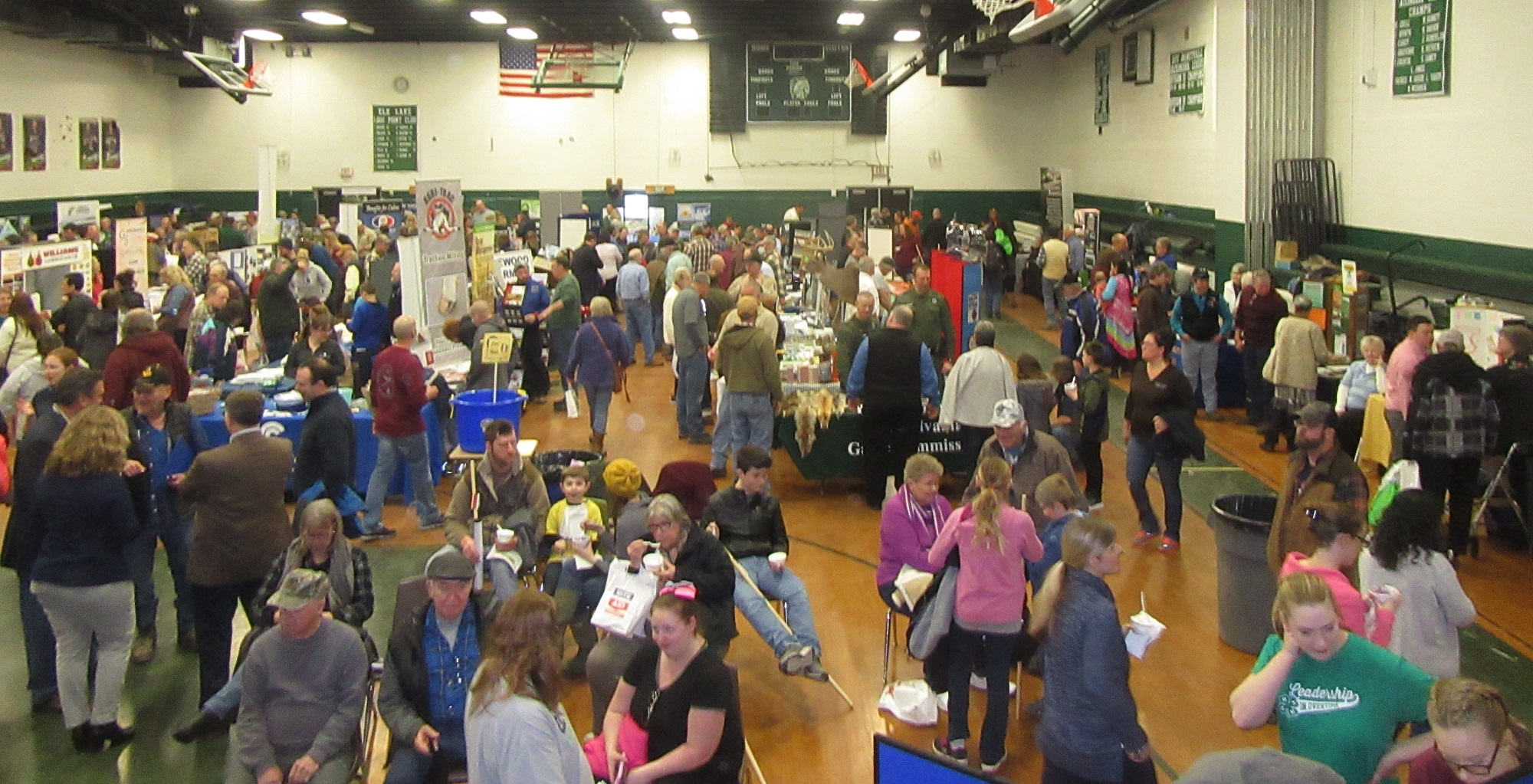 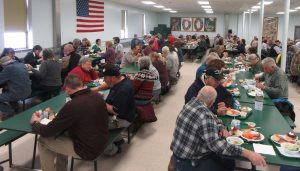 Guests from Susquehanna County and beyond filled the gymnasium, halls and cafeteria of Elk Lake High School on March 1 for the 30th annual Ag Days exhibition and pie auction. Cabot Oil & Gas Corporation picked up that tab for lunch.

Susquehanna County Ag Day, coordinated by a committee supported by the Penn State Cooperative Extension, has become as much a social event for the community as it is a great opportunity for agriculture- and forestry-related businesses and organizations to share their products, services and expertise with attendees. This year’s Ag Day was held on March 1 at Elk Lake High School and drew well over 800 people to the school

In 2018, a sudden nor’easter surprised organizers and greatly reduced the number of visitors and vendors who could participate. Bitter winds drove the snow sideways across the campus, causing drifts in the parking lot. The event cannot be rescheduled because Elk Lake students are given the day off from school with the option of attending and taking part.

Though March 1 was a crisp day, sunshine was abundant, and the crowds returned in full force for the 30th annual event, which also benefits Susquehanna County 4-H and Dairy Promotion. The hallway to the cafeteria, in which nonprofit organizations set up tables, was nearly impassable at times as attendees lined up for lunch, the cost of which was covered this year by Cabot Oil & Gas Corporation. The largest natural gas operator in the county, Cabot has always supported the event but expanded its role this year. 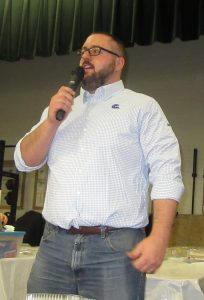 The homemade pie auction is a highly anticipated part of the event, with the youth and adult entries judged on appearance and taste by panels of three members each just prior to the start of bidding. Cabot external affairs coordinator Bill desRosiers (above) provided some opening remarks on behalf of the company and also produced the high bid of $235 for a brownie peanut butter pie baked by Vicki Clark, for which she had garnered a first-place win in the youth category.

Local business owner, Charlie Clark, has also been a consistent supporter of Ag Day and the pie auction. He won the high bid of $245 for a raspberry ribbon pie baked by Chaney Houck of Laceyville, for which she had placed first in the adult category

Second and third place in the youth categories went to Olivia Voll, whose peanut butter cup cheesecake was purchased by Susquehanna County commissioner Alan Hall for $190, and Ava Hughes, whose blueberry pie was purchased by Evie Goff for $160. Warner Farms co-owner Luke Warren paid $200 for Melinda Keeney’s french apple pie, which won second place in the adult division, and county commissioner MaryAnn Warren had a successful $300 bid for a raspberry pie made Allison Quick, the third place adult winner. 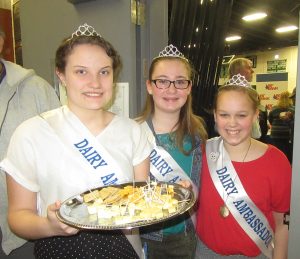 Diary royalty Alivia Hughes, Holly Harvatine, and Jillian Gustin shared cheese and crackers with attendees, while other representatives of the Dairy Promotion program from Bradford, Susquehanna and Wyoming counties passed out milk and ice cream. 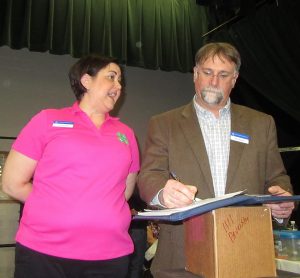 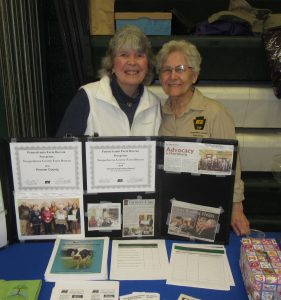 Representing the Pennsylvania Farm Bureau on March 1 were Kim Barbour and Barb Roszel. 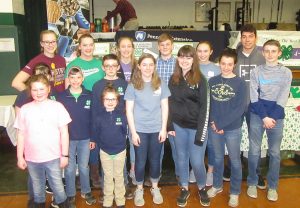 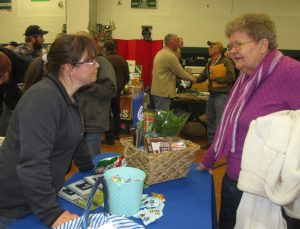 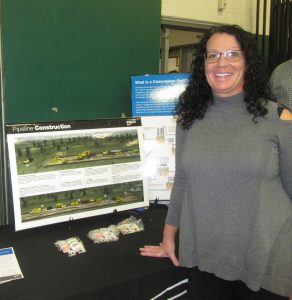 Williams, represented by Tammy Bonnice, was another energy company that participated in Ag Day this year.