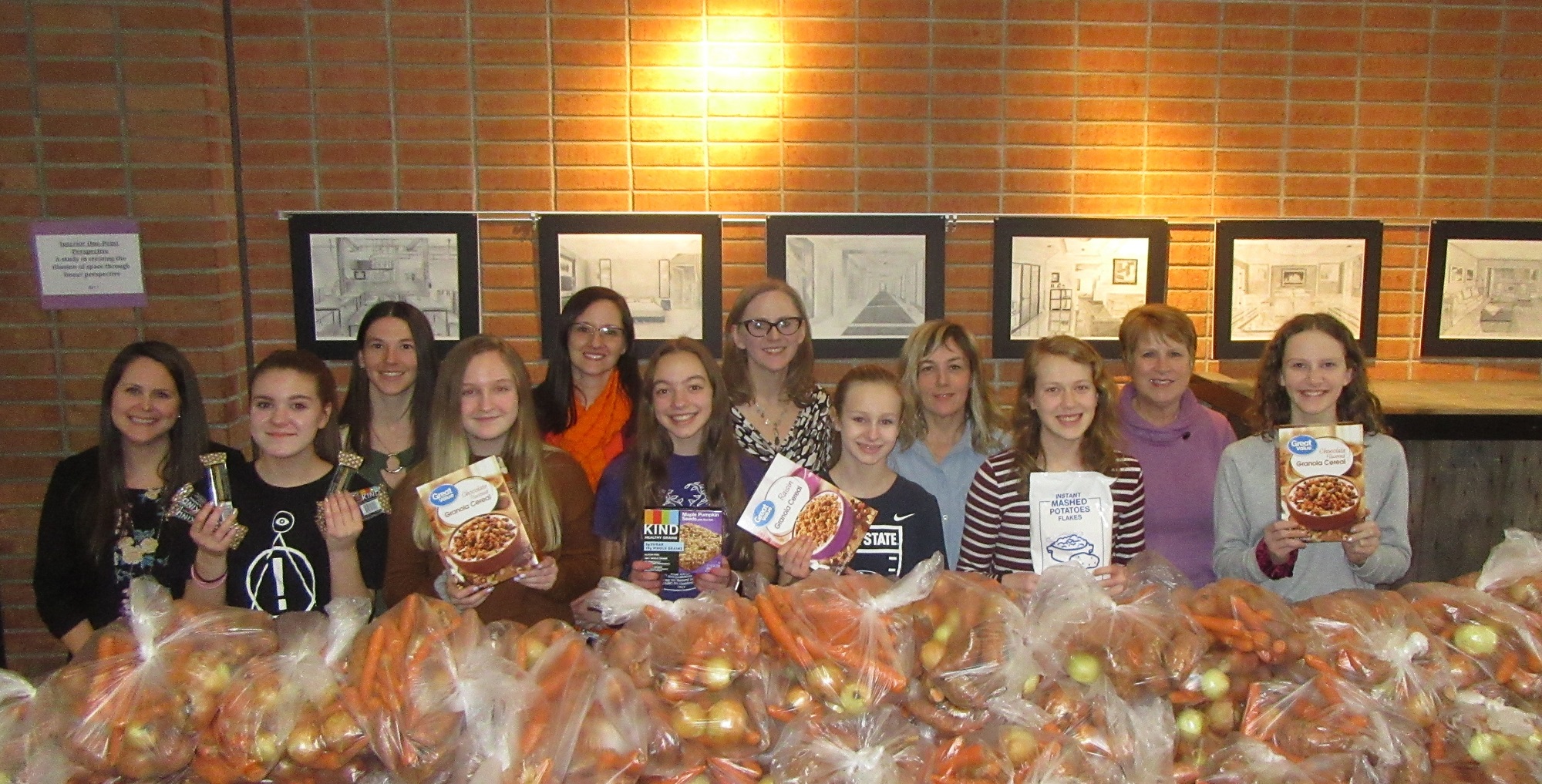 Every family can use a little helping once in a while keeping healthy food on the table, which is why organizers of the CEO Weinberg Northeast Regional Food Bank began a pilot program in 2014 to provide services at locations that were already convenient to many families in need. In Susquehanna County, Blue Ridge and Choconut elementary schools were the flagship distribution points among nine schools in the food bank’s four-county service area to help initiate the Children’s Food Market program.

Its instant success and popularity among families attracted more donors, and the program grew rapidly. The agency is now overseeing 39 monthly food distributions at schools in the region. And, in Susquehanna County, the support of Cabot Oil and Gas Company ensures that all five districts serving its families are fully involved.

“Cabot has always made giving back to the community a top priority, and that’s why the Children’s Produce Market is important to us,” said George Stark, Cabot’s director of external affairs. “This special program ensures that local families have healthy food so that no child goes to bed hungry.”

Mountain View High School counselor Allison Martino heard about the program when distribution in the Elk Lake School District was promoted on its website. Martino reached out to the food bank to find out if she could send families in need there. The short answer was “No.” While there are no income guidelines, the only criteria for families receiving the food is that they must have a child enrolled in the district.

The solution to Martino’s request was to extend the program to Mountain View. As Cabot and the United Way of Susquehanna County stepped up their monetary contributions, Children’s Produce Markets were eventually opened in the rest of Susquehanna County’s school districts. The program has continued to grow with year-round distribution at almost every school.

Commodities available to recipients has expanded from staples like apples, onions, carrots and potatoes to include box mixes, cereal, fresh fruits and vegetables, milk and even occasional frozen meats. Local farmers contribute seasonal items that are not marketable due to being misshapen or blemished. CEO Weinberg partners with Feeding America to purchase mass quantities of food through the Mid-Atlantic Regional Cooperative (MARC) at vastly reduced prices. They can also trade surplus items with other food banks.

When the food truck arrived at Mountain View High School on Feb. 26, a dozen high school students and a handful of sixth-graders met the pallets with enthusiasm and began sorting and packaging food with the help of faculty members whose scheduled allowed some flexibility.

“I love helping people. I think it’s a great program,” said seventh-grader Penelope Ziegler after the work was done.

“I like giving the people what they need,” added eighth-grader Genevieve Larkin.

Fellow eighth-grader Alexis Turner likes the idea that the families are getting healthy food, an idea equally important to the program coordinators and school district staff.

“On the nutrition side of it, they are given a visualization of real food is,” school nurse Melody Haley remarked.

“It exposes people to things that they wouldn’t necessarily buy in a store,” Martino noted, adding that they are always appreciative of unique foods provided to the Weinberg Food Bank by MARC.

“Some people have never seen a red beet before,” produce market coordinator Mary Ellen Spellman cited as an example.

Currently, about 90 families at Mountain View pick up food on the fourth Tuesday of each month, which Spellman says is a typical number. One hundred bags are packed, and larger families are allowed to take more food. Surplus items that could not fit in the bags – on this particular day, grapefruits and a squash called “orangetti” – are waiting near the exit and available to anyone who wants them. “Almost everything goes,” Martino related.

There’s more than food available on some pickup dates Weinberg Food Bank. Weinberg nutritional educator Ingrid Balsamo gets around to as many schools on distribution days as she can to share recipes, answer questions about how to prepare the food, and to provide information to those truly in need of other resources within each county that can help them with additional food and other services.

At Mountain View, superintendent Karen Voigt and principals Robert Presley and Christopher Lake are also involved in the program. The district is responsible for registering families and reporting to CEO. They also promote the distribution via school programs, PTO meetings and by sending out robocalls prior to each distribution.

None of this would happen, of course, without the generosity of corporate sponsors and other donors.

“We’re very grateful to Cabot for their help,” Spellman stated. “Without the funds they provided, we wouldn’t be able to host them on a monthly basis throughout the county.”