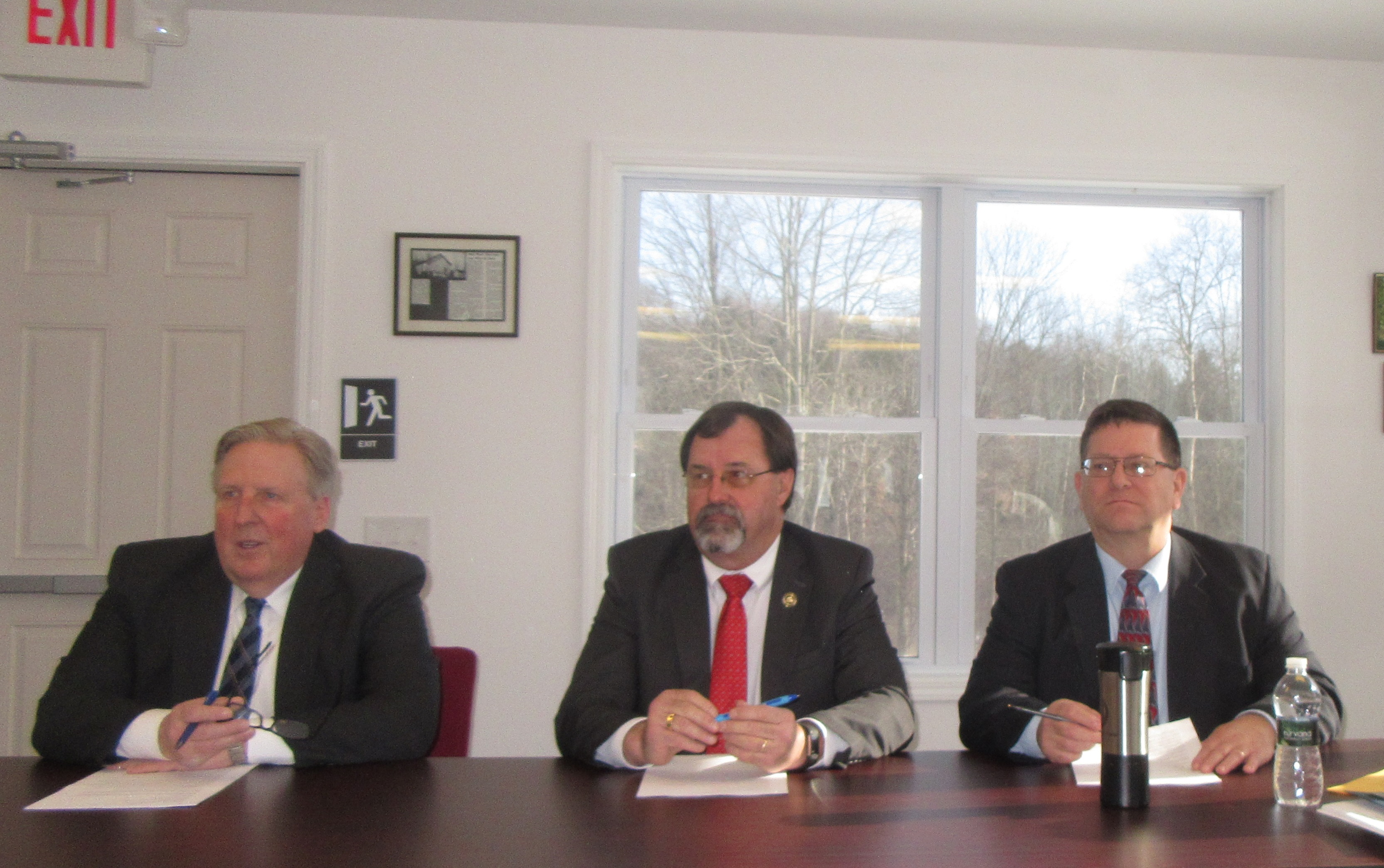 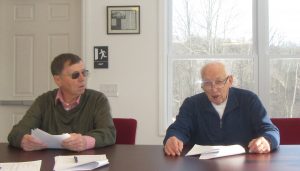 The regularly scheduled twice-monthly meeting of the Bradford County Commissioners was held at the Granville Township Municipal Building Thursday morning, in part to showcase the township’s new municipal board room and also to honor a World War II POW living at Twin Oaks Personal Care Facility next door. In a separate part of the meeting, two former commissioners and a judge were appointed to the county’s election board to approve a slate that includes a polling location change.

The commissioners continue to work at pulling in some federal funds to help cover the costs of cleanup and infrastructure repair after the flooding of 2018. On Feb. 14, they approved the submission a letter of intent to FEMA for disaster relief for floodplain management and hazard mitigation.

According to county grants coordinator Amanda Boyer, it could take up to two years to actually get the money. Some of the work has already been done, and municipalities will submit paperwork for reimbursements.

“The townships cannot wait for two years to get the job done,” commissioner Doug McLinko remarked.

The board also approved the realignment of some CBDG funds for three projects submitted in 2014, including the New Albany Fawcett Street bridge, Lawrence Street pipe replacement, and the county’s housing rehab program.

Temporary housing for homeless residents, those transitioning from prison, children and mother needing shelter, and other individuals has been handled piecemeal in the past in Bradford County, and the commissioners would like to see that aspect of the Human Services Agency guided by a single individual.

The commissioners agreed on Thursday to provide a letter of support to the Bradford County Human Services Agency to pursue the hiring of a housing specialist to, as commissioner Ed Bustin put it, “reach across all boundaries” and “tie together a lot of projects and take care of special details.”

Initial funding for the new position will come from equally diverse sources, Boyer explained, including Emergency Solutions, Rural Housing Initiative, and Homelessness grants. Eventually, though, the commissioners agreed, the salary would be part of the regular Human Services budget.

In response to recent updates on Gov. Tom Wolf’s Broadband Initiative, the commissioners

followed up on their Jan. 24 announcement of investing more than $5 million to create three fiber-optic loops of their own to get internet to the under-served parts of the county. (http://www.endlessmtnlifestyles.com/?p=12583)

The commissioners cited Granville Township as a prime example of a municipality struggling to get timely weather reports and to adequately communicate in the event of an emergency.

“It’s our commitment to get good internet to all corners of the county and in between,” said McLinko.

“The county will not be an internet nor cell phone provider,” commissioner Daryl Miller maintained. The initial expansion of the fiber loops is intended to enhance EMA and 911 capabilities. The hope is that private companies will then want to access the county’s “middle mile” to improve their own services and reach more residents.

“This is a business proposition,” Bustin added. “That’s why it should become more attractive to the state.

“The money will come back over time,” McLinko said of commercial internet providers leasing tower space and tapping into the fiber-optic network.

“Tell the governor to come and look at what we’re doing,” Bustin continued. “It will become a benchmark for other rural counties.”

Due to the fact that Bustin, McLinko and Miller, who otherwise comprise the county’s election board, are each seeking re-election as commissioners in the spring primary, former county commissioners John Sullivan and William McNett and the Honorable Evan Williams III were appointed to temporarily replace them.

Williams was not present, but McNett and Sullivan moved to the front table after nominating each other as chairman and vice-chairman, respectively. In addition to approving the specific seats up for election at the county level, in 48 municipalities, and seven school districts, they approved the concurrent special election for a new representative for the 12th Congressional District and one polling location change. North Towanda voters will now cast their ballots at the township’s new municipal building at 292 Old Mills Road.

While a bit rusty at conducting meetings, the retired commissioners obviously relished their brief return to the table and had some fun with the tasks at hand. McLinko thanked McNett and Sullivan for setting a standard of civility for the board of commissioners that he said remains to this day.