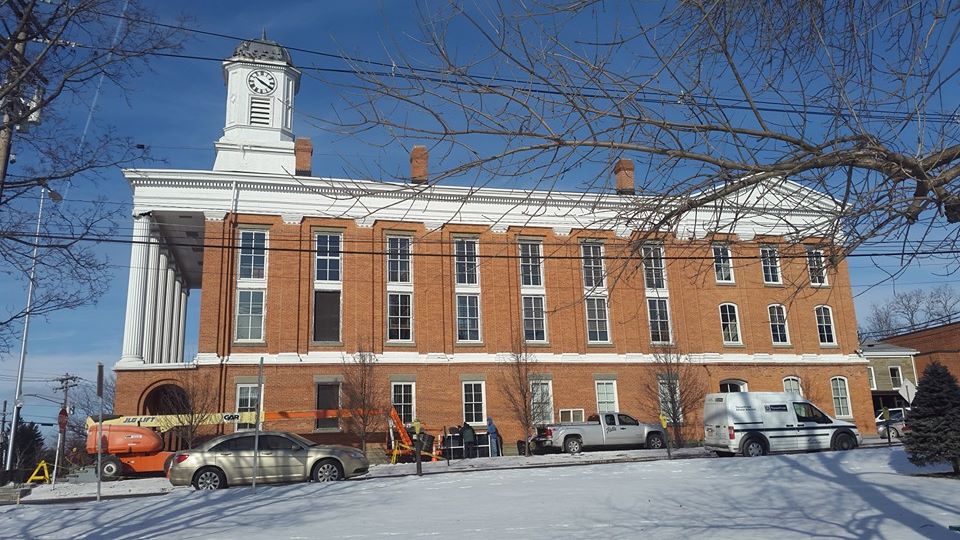 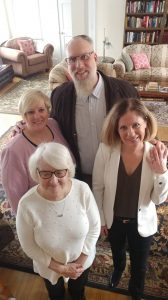 Story and photo by Reggie Sheffield

As snow from last Saturday’s storm began falling over Susquehanna County, the beginnings of a different kind of storm brewed in a large room in Montrose’s Rosemont Inn.

Calling themselves members of the newly minted Bootstrap Campaign, the group of local professionals, educators, environmentalists and retirees gathered together on Jan. 19 to voice a common dissatisfaction in the way local government — in particular county government — is currently being run.

“This is an effort by a group of people in the community who decided that there was really no reason why county government couldn’t help out in solving the demonstrated needs of the people who live in the county,” organizer Jake Rosen told his audience.

The Bootstrap Campaign has taken the unorthodox approach of running candidates on both the Republican and Democratic sides of the race who have pledged to work together as a team as opposed to competing as traditional political candidates “so that a group of people pledged to a common platform would be able to decide the policy of the county,” Rosen said.

Rosen described his group as trying to revive volunteerism “like volunteer fire companies or the barn raisings of 100 years ago.”

“It immediately became clear that the county government had to be in the hands of people who wanted to solve those problems and didn’t want to evade those problems,” Rosen said.

Members of the Bootstrap Campaign introduced themselves to the public last week on Facebook and the group’s webpage in an attempt to inform and educate the public. Their appearance in the electronic arena drew positive comments from as far away as North Carolina.

Many veterans of the Susquehanna Clean Air Network, or S.C.A.N., movement have joined the Campaign. S.C.A.N. claimed victory in 2017 for quashing plans for a hazardous waste incinerator at the Gibson exit off Interstate 81.

Rosen explained that part of the impetus for the creation of the Bootstrap Campaign emerged from S.C.A.N.’s inability to garner any support for its anti-incinerator campaign from the county commissioners’ office.

“They’re elected to be the leaders of the community. If they can’t take a public position, what the hell are they in business for?” he asked.

After meetings with DEP and other public officials concerning its incinerator fight, Rosen said that members of S.C.A.N. realized something:

“It was clear that the county really has a lot of power — if they want to use it; if it wants to use it for good. If it doesn’t want to use it, of course then it has no power. It’s just like our rights: if they’re not enforced, we don’t have them. If they are enforced, we do have them,” Rosen said.

One of those veterans, Sue Pepitone, a founding member of S.C.A.N., is a local educator who plans to run for county commissioner on the Republican ticket.

She joins three others, two Democrats and a fellow Republican, who have agreed to in effect split both party’s tickets before the race has even begun. Nomination papers formally declaring candidacy aren’t circulated until next month but campaign members feel they are already unified in their message: Susquehanna County is ready for change.

Pepitone agreed that voters might be a little confused by her group’s imaginative approach to local elections. She said she would welcome the opportunity to explain to anyone interested.

“It would be wonderful if all four candidates got the primary, so a combination of the three of us would then become commissioners. So it doesn’t really matter if it’s two Republicans and a Democrat or two Democrats and a Republican because we’re running on the same platform with the same interests in mind,” Pepitone said.

Judy Herschel, a drug and alcohol counselor who also plans on running for county commissioner as a Democrat, is a ninth generation native of Susquehanna County. Last year Herschel ran for the soon-to-be vacated 12th Congressional spot held for now by Tom Marino but lost by a narrow margin in the primary to Penn State professor Marc Friedenberg, who then in turn lost to Marino. In a controversial move, Marino resigned last week after less than two weeks in office to take a job in the private sector.

As did other speakers, Herschel bemoaned the area’s opioid problem and lack of good, family-sustaining jobs. She would look to addressing problems like providing better health care for seniors.

“I don’t want to be the last one of my family members to raise a family here,” Herschel said.

Dana Rockwell, a Susquehanna Depot Councilman and registered nurse, told the audience he would like people to pay more attention to Mother Earth.

“I think one thing that’s been largely ignored in our county is how a healthy environment can lead to economic development,” he said.

Rockwell, too, wishes to break down the artificial barriers of political parties — at least on the local county level.

“I think there’s no need for political separation at the county level,” Rockwell said, echoing a recurring theme. “There’s probably no one in this room who isn’t a bit disillusioned with the upper levels of government and I think if anything’s going to change for the better it’s going to start at the bottom and work its way up.”

Lifelong Susquehanna County resident Sue Rowe, the other Democrat running for commissioner, retired from teaching elementary school after 33 years and has served as an Oakland Twp. supervisor.

Like the others, Rowe says she’s sick and tired of the divisiveness of the current political scene.

“I grew up when people did not argue all the time over politics. People crossed over and found common ground. That is one of the worst things that I see these days — no movement in politics. People arguing. It’s just atrocious and I share many of the beliefs of this group,” Rowe said.

Not all of the talk Saturday revolved strictly around politics. Yes, the Bootstrap people want commissioners to have evening meetings so more of the public can attend. A few voiced concerns about the county’s lack of greater participation in regional economic planning. But other issues, such as the area’s lack of Broadband access, certainly a non-partisan issue, also came up Saturday in the form of a question from Barbara Scott of Liberty Twp.

“No one asked about Broadband access. I personally believe that if we got Broadband access, people can work from their homes. This to me is a very important issue that none of your candidates mentioned,” Scott said from the audience.

Volunteer Trebbe Johnson, a local writer, emphasized what she believed to be the grassroots nature of the Bootstraps Campaign.

“We’re not getting support from the Democratic or Republican party. We don’t have any millionaire backers,” Johnson said.