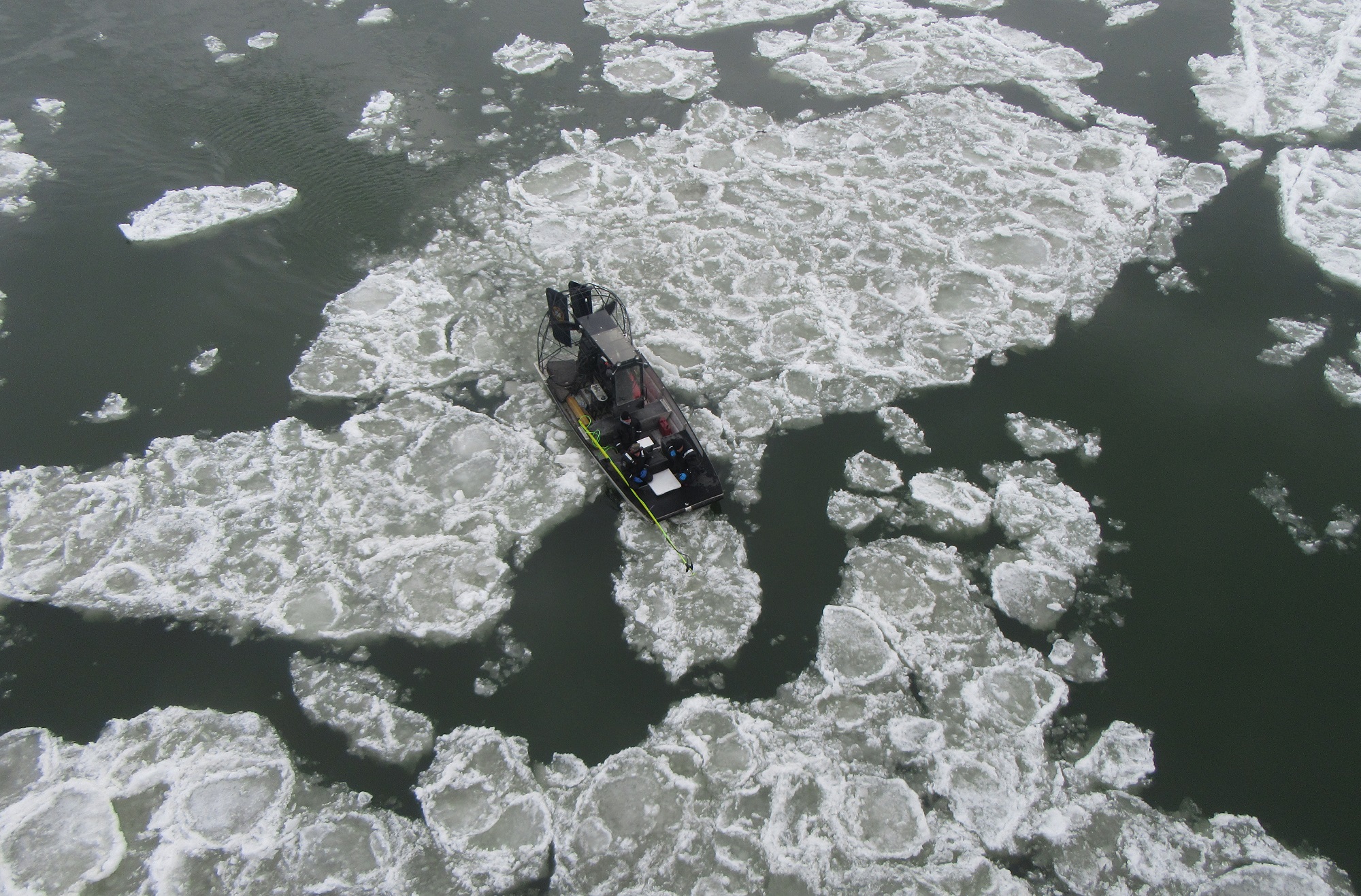 The New York State Police sent a specialized unit to West Falls on Wednesday that used imaging equipment to try to locate the body of Haley Lorenzen. The flat-bottomed airboats were able to ride atop the massive ice chunks that are flowing quickly down the river.

Specialized dive and rescue teams from the New York State Police Department arrived in the village of West Falls Wednesday morning to look for the body of Haley Lorenzen under thickening and fast-moving river ice. Authorities believe that Lorenzen, who moved to Wyoming County from Oregon in the fall of 2018, was murdered by her boyfriend and then tossed into the Susquehanna River, weighted with bags of rocks.

The search was suspended last week when river conditions exceeded the capabilities of regional dive teams associated with local fire companies. “It’s gotten out of their realm,” Wyoming County commissioner Tom Henry said at a public meeting on Jan. 22. He further noted that he believed that the local divers have a pretty good idea where Lorenzen’s body is. They just couldn’t get to it.

Exeter Township officials cleared the boat launch area of snow to provide access on Wednesday morning and closed off the area to provide a staging area for the dive teams.

In the meantime, a spaghetti dinner fundraiser has been planned for Sunday, Feb. 10 at Ardee’s Foodrinkery on Rt. 92, on the Exeter Township side of the river bridge.

Although a stranger to many people in Wyoming County, Haley’s tragic story has touched local residents who are looking for ways to help. The expense of flying from coast to coast and staying in local hotels while waiting for news from the river has taken a combined toll on the family.

“We want this family to know that we in Wyoming County are not horrible people,” said Lizz DeWolfe, one of the event organizers. “Grieving for a lost loved one is hard enough. They should not also be worried about how to cover the expenses of retrieving Haley’s body and belongings.”

According to DeWolfe, family members have returned to Oregon while awaiting word from local authorities. Tunkhannock Township Police are handling the investigation.

The spaghetti dinner will run from 1 to 4 pm on Feb. 10. Suggested donation is $10 per plate, and take-outs are available. There will be raffles and a Chinese auction of themed baskets. A donor has already committed to providing the food at no cost to fundraiser organizers, DeWolfe related, but paper products, to-go containers, utensils and napkins are still needed.