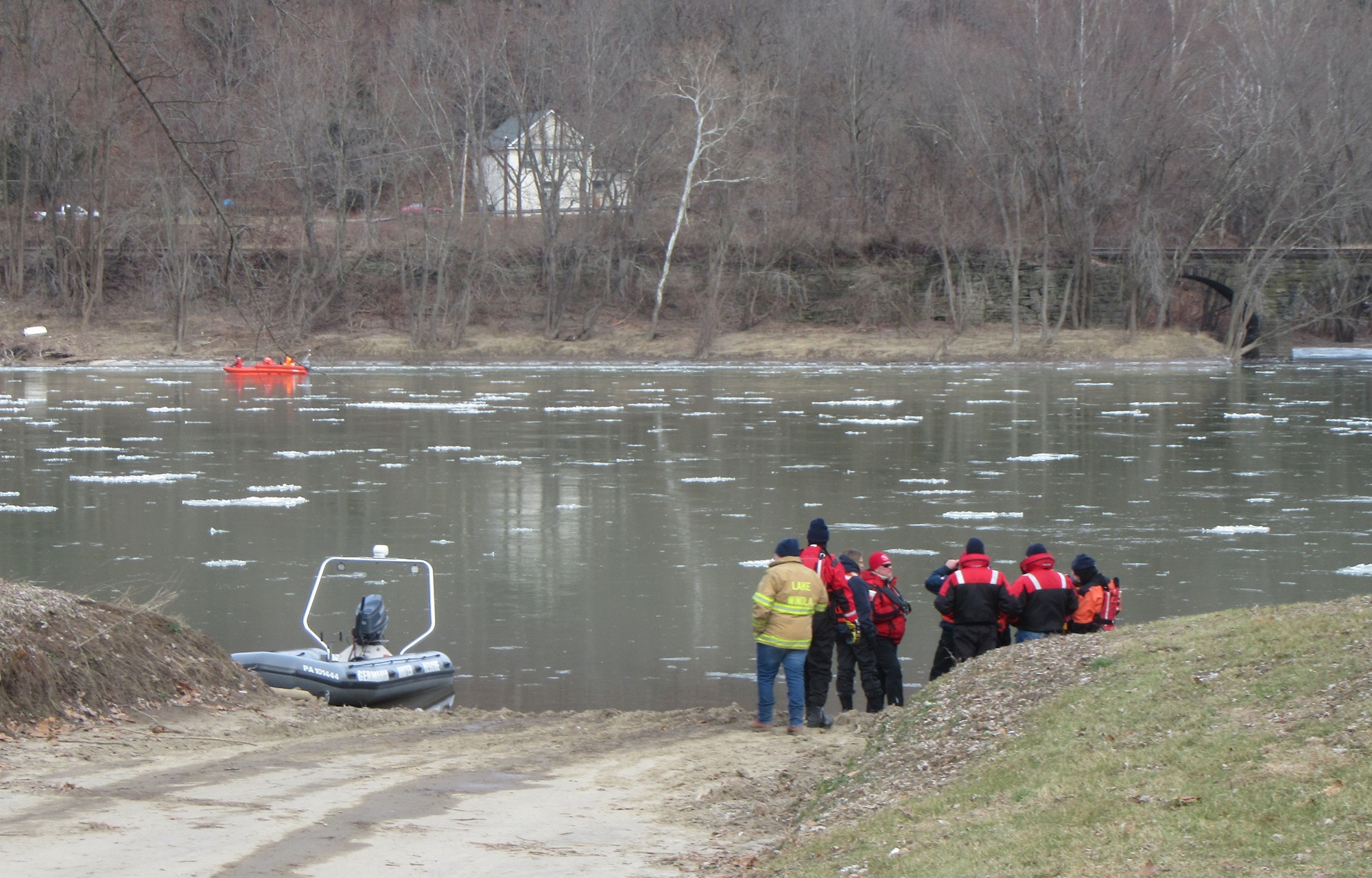 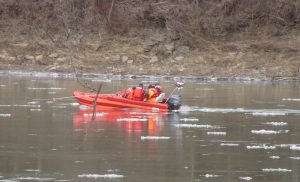 Three regional dive and rescue teams took to the frigid waters of the Susquehanna River on Saturday in the continued search for Haley Lorenzen, who is believed to have been murdered on Dec. 30 and dumped over the side of the river bridge at West Falls on the same day.

At about 2:30 pm, two boats that had been on the water since early morning were being removed from the water as one team working on the far side of the river moved back and forth over the same area, probing the depths with long poles. Spectators related that one crew member in each of the boats had to keep an increasing amount of ice from hitting the bows and disrupting their operations.

Regional and state police were observed rushing to the scene in Wyoming County shortly thereafter, indicating that those involved in the search may be close to recovering the body.

For details about one arrest made so far in the macabre case, read http://www.endlessmtnlifestyles.com/?p=12459. 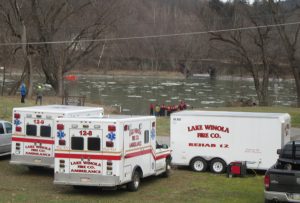