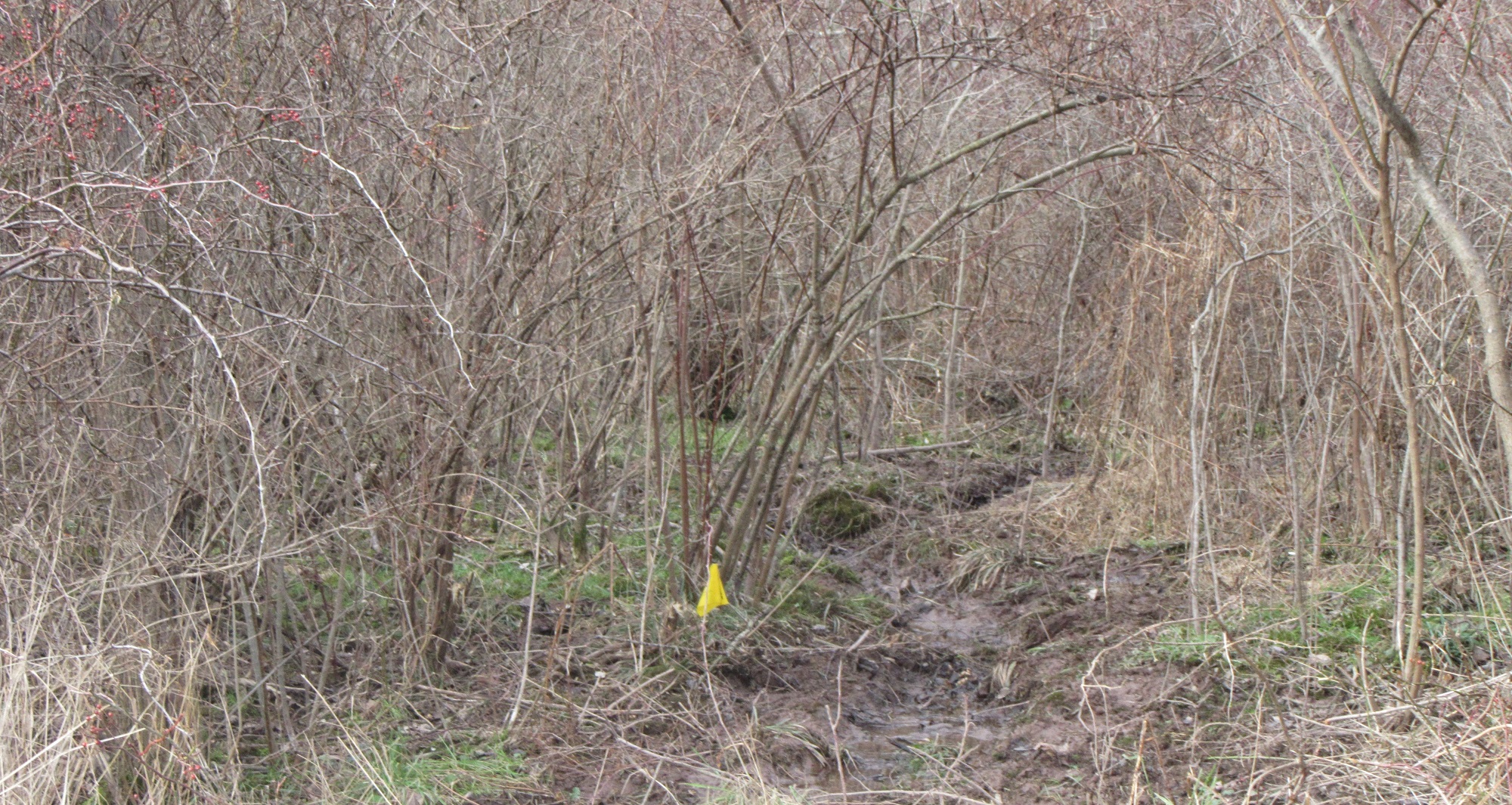 A single yellow flag marks the spot along a wood line in Washington Township where a body was discovered on Dec. 26.

(also published by the Rocket-Courier)

Meshoppen Borough Police have confirmed that a body was found about 20 feet off Mountain Road near the Washington Park neighborhood on Dec. 26. A person walking along the road noticed the body in a heavy briers at a wood line at about 10:30 am.

The deceased has yet to be identified, which might take a while, according to Meshoppen police chief John Krieg. In the meantime, he noted, “There is nothing suspicious about the death and no need for anybody to be concerned for their safety.”

The investigation is ongoing, and additional details will be released as they become available.