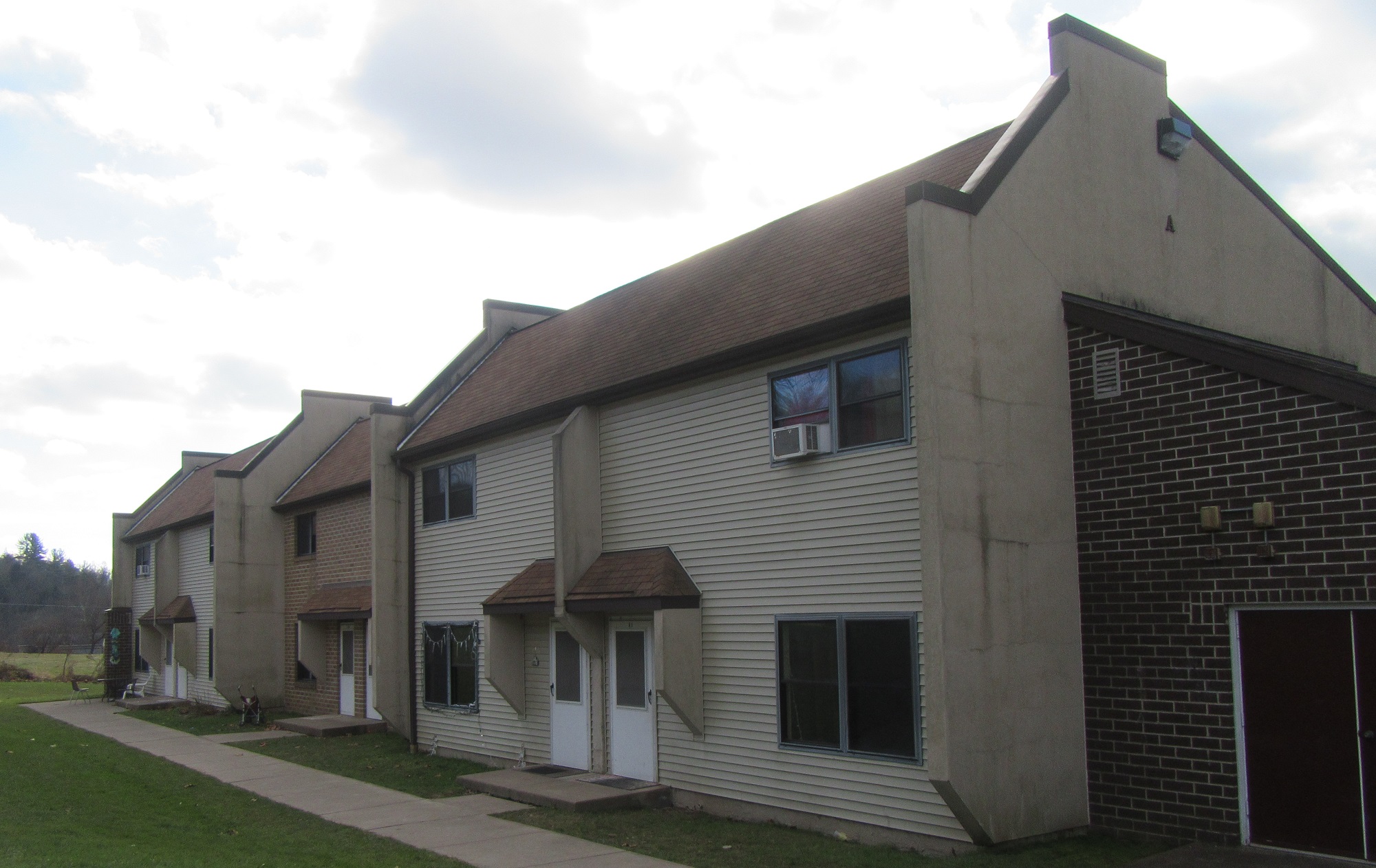 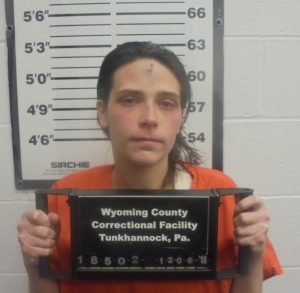 Apartment A1 on Townhouse Lane in Meshoppen Township is the location of an alleged physical assault on a child on Wednesday evening. The child is now in the protective custody of Wyoming County Children & Youth Services.

Ashley Paskaitis (above) of Meshoppen Township has been charged with aggravated assault, strangulation, endangering the welfare of children, simple assault and recklessly endangering another person after reportedly beating and strangling her eight year old daughter in their residence at the Meshoppen Townhouse Apartments.

Meshoppen Police were called at about 9:30 Wednesday evening by a neighbor of Paskaitis, to whom the girl had fled after the incident. Chief John Krieg found the girl in what he described in the Affidavit of Probable Cause as a “state of shock.” She had “very obvious marks around her neck, puffy bruised eyes and cheekbones, a swollen lip, scratches on her face that were bleeding” and “bruising and marks to both arms.”

The girl told Krieg that her mother was “choking, punching and hitting her,” but she did not know why.

Meshoppen Ambulance was summoned, and EMTs transported the girl to Tyler Memorial Hospital, where emergency personnel there observed marks all over her stomach and chest. Wyoming County Children & Youth Services took the girl into protective custody.

Krieg requested assistance from a Tunkhannock Township Patrolman who went to apartment A1 on Townhouse Lane with him to speak with Paskaitis. They had been told that there was another child in the home.

After repeatedly banging on the front and back doors, identifying themselves verbally as police, and asking Paskaitis to show herself, Ptlm. Steve Williams kicked in the door. A sweep of the house led to the officers finding Paskaitis passed out in bed in an upstairs room with a male child on the other side of the bed.

They were unable to wake her initially until they had placed handcuffs on her. According to the report, Paskaitis was heavily intoxicated, had a large bump on her head, and was bleeding from both hands.

Krieg indicated that she denied the charges against her but was the only adult with the child at their residence. After first saying that she would never harm her children, Paskaitis yelled, “That b***h is out of control and won’t listen.”

When asked about the bump on her head, Paskaitis said she had fallen but didn’t remember where. Her blood alcohol level was measured at .205.

Police interviewed a friend of Paskaitis who said that she had visited earlier in the evening because Paskaitis was having a bad day and arguing with her ex. The friend said that Paskaitis was not drinking at that time and that whatever occurred must have happened after she went home.

Paskaitis was arrested, taken to Tyler Memorial for treatment to the bump on her head and incarcerated at the Wyoming County Correctional Facility in lieu of $100,000 straight cash bail.